Signs of Islamic Law Taking Root in The Gambia 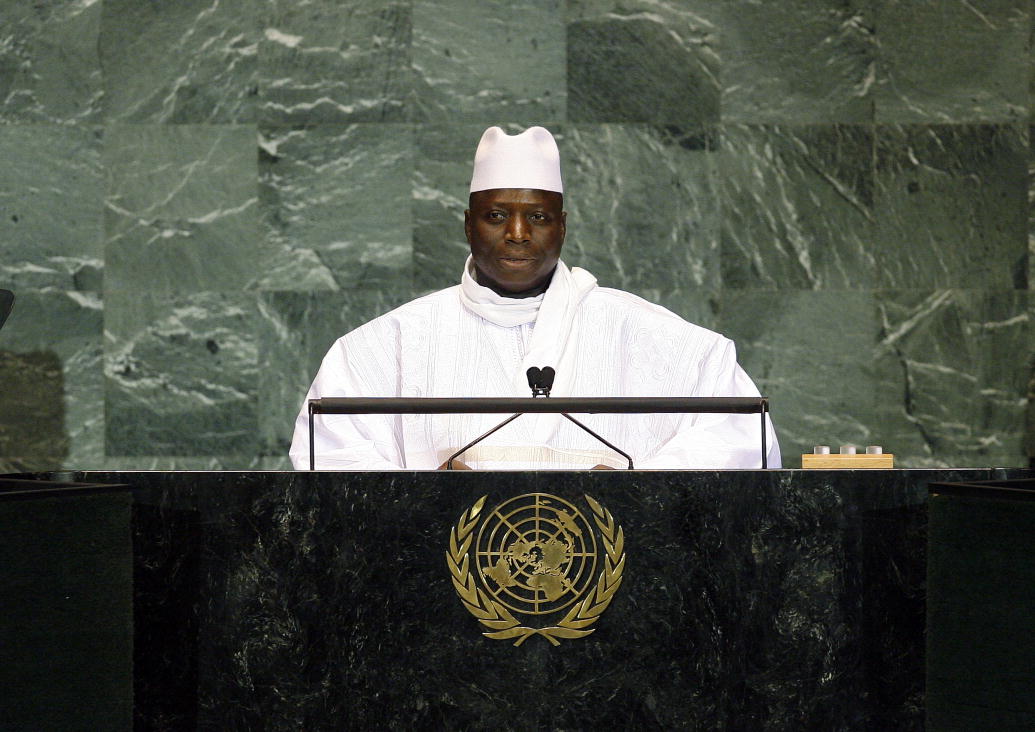 Elements of Islamic law principles have emerged in The Gambia barely three weeks after the president declared the majority-Muslim country an Islamic state.

A leaked government memo instructs heads of government departments and agencies to ensure that “female employees” use “head tie and neatly wrap their hair during office hours.”

The memo did not explain the reasons for the change but warned that all are “seriously advised to adhere to this new directive.”

President Yahya Jammeh declared the country an Islamic state on December 12 but was quick to add that it would be a tolerant one.

He specifically noted that there would be no restrictions on dress and that followers of other religions, that make up around 10% of the population, would be respected:

We will be an Islamic state that will respect the rights of the citizens. You the Muslim be a Muslim, worship according to the Quran and the Sunna of the Prophet of Islam Muhammad and let Christians also worship the way they do it.

Recently, I pronounced The Gambia as an Islamic state and republic on the basis that the majority of Gambians are Muslims and the need to uphold the country’s Islamic identity and faith in an environment of true Islam where the rights of all citizens would be safeguarded and respected. In this respect, I call on both Muslims and Christians to continue living together peacefully and work in harmony for the common good of the country regardless of our ethnolinguistic differences.

On January 6 officials of the Gambia Supreme Islamic Council (GSIC) and Banjul Muslims Elders visited the State House to express their “appreciation and support” for the declaration of The Gambia as an Islamic state.

Mr Muhammad Lamin Touray, the President of the GSIC and Imam of State House Mosque, was quoted as follows by local media:

We came here today to show our appreciation to President Jammeh for his decision to make The Gambia an Islamic republic.  The GSIC, Banjul Muslim elders and The Gambia Muslim community views the move as Allah’s additional bounty to the country and the people.

Reactions to these developments are somewhat critical of Jammeh.

And here's the biggest mistake possible to be made. Get ready for more #humanrights abuses from #Gambia 😨 pic.twitter.com/SG2cvGE3xE

Gambia now requires government female employees to wear Hejab. That's how it started in Iran too https://t.co/w6o3k1FVjF No to sex apartheid

@KaylaMegwa: When Countries in other continents are thinking of better things, #Gambia is sliding backwards and shaming Africa. NONSENSE!

Sait Matty Jaw, a Gambian historian, wrote a long piece on the interaction of religion and politics in the country since independence and warned against an impending Islamicisation of The Gambia:

First it was just a simple statement declaring The Gambia an Islamic State, ignoring the stipulations within our sovereign law (the Constitution). He even threatened to change the national flag that existed way before he came to life. Some of us laughed and said this will never happen… there is now an Executive Directive forcing all female civil servants to cover their hair at work. During the declaration/pronouncement of The Gambia as an Islamic State, Jammeh clearly stated that he did not appoint anyone to be the police of the Islamic State; that no dress code would be imposed, and that the changes will not affect non-Muslims in The Gambia. What would follow this?

While the Gambia is introducing the veil, other countries in the region such as Cameroon, Gabon, Chad and Congo Brazzaville have banned the use of head covering in public places.

There has been no reaction from the president's office regarding the leaked memo. In a country where press freedom and access to information is a distant dream, observers have adopted a principle of wait and see.

For many, the president is only canvassing for votes as he prepares to seek a fifth term in office at the next presidential elections due in December 2016.

Others argue that he is turning to the Arab world as international donors such as the European Union freeze funding amid rampant human rights abuses.

Whatever the motivation is, Jammeh seems more determined than ever before that his actions and policies are in the interest of all Gambians.