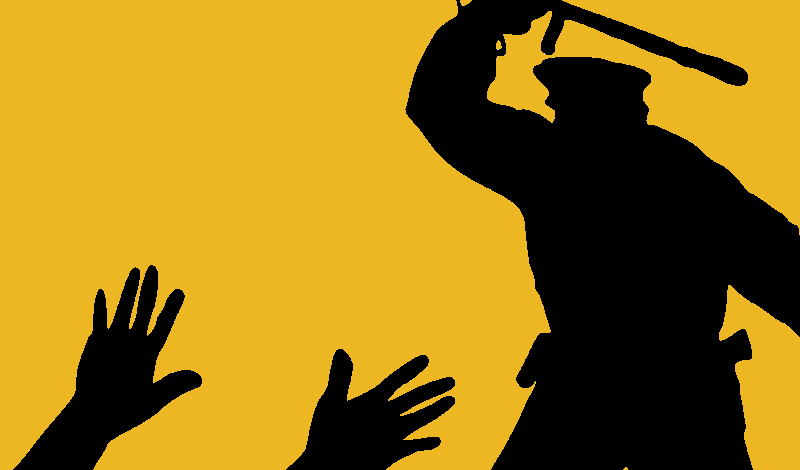 A Russian journalist's website is tracking deaths in police custody to raise awareness of the issue. Images mixed by Tetyana Lokot.

Over the course of 2015, 197 people died in police custody in Russia. The deaths often occurred under mysterious circumstances, and many of the detainees died even before being charged or getting to trial. Information about each of the 197 cases has been made publicly available online as part of a civic journalism project called “Russian Ebola.”

“Russian Ebola” is the brainchild of journalist Maria Berezina, created to monitor cases of death in police stations, pretrial detention facilities, and related places such as drunk tanks. The project's statistics do not take into account prisoners who have already received a jail sentence after a court-issued criminal verdict, but only record the deaths of those who were detained or faced administrative arrest.

Berezina, who previously worked in the Journalism Investigations Agency in St. Petersburg and the TASS news agency, launched the website in March of 2015. While doing work for the blog of Oleg Kashin, a Russian opposition journalist, she noticed regular reports of deaths and decided to retrieve openly available government data on the numbers of those who die in police custody from the Ministry of Internal Affairs. What she found was staggering: each month, anywhere from nine to 29 people had been dying at police stations across Russia, with few of the cases investigated and even fewer guilty parties established.

Berezina informed Kashin of her discovery, and he soon wrote a column about the incidents and the alarming trend, titling it “Russian Ebola.”

If every day the news brings sudden death at a police station, then we're really talking about some strange epidemic that needs to have clearly identified reasons, needs to be localized and combatted effectively. This is less interesting than Donbass, this won't cause passionate discussions on social networks, and it's boring to read mindnumbingly similar, recurring stories—”Dead, dead, dead.” But are you sure it's always going to be someone else dying, and not you? I'm not so sure about myself, and I'm afraid of this epidemic, and I want everyone to be afraid, because it is terrifying, and it must be stopped.”

Berezina decided to make the publicly available data more visible and launched a separate website, borrowing the name from Kashin's piece. Though she started work in March of 2015, she went back through the Interior Ministry reports to get death numbers as far back as September 2014. 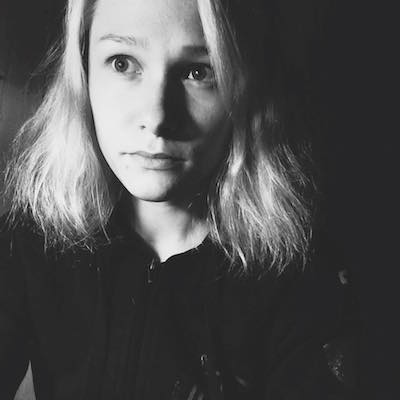 Maria Berezina, the journalist behind “Russian Ebola.” Photo from Facebook.

Soon after the launch, Berezina described her reporting routine in an interview to Russian Spektr website.

It's not difficult to find these reports. I just search in Yandex.News, I type in a search query like “Police. Died.” This doesn't take a lot of time. I monitor the Internet three times a day, not that long. Posting the news itself also takes all of two minutes.

Besides daily reports and summary statistics for each month, the project also publishes occasional opinion columns by human rights lawyers and advocates, addressing the issues of police abuse and detainee rights.

The 2015 figures from “Russian Ebola”‘s annual report are nothing but numbers and facts, but they paint a chilling picture:

In October of 2015, Vladikavkaz citizen Vladimir Tskaev was detained on suspicion of attacking an OMON (special forces) police officer and was pronounced dead at a hospital the day after his detention. The police claimed the man beat his own head against the floor, but Tskaev's relatives doubted the report and went to the street in protest. The operatives suspected of beating Tskaev were arrested some time later, along with the head of the city's criminal investigations department, and the North Ossetia Interior Minister lost his post. This is one of only a handful of cases where police violence was suspected and the relatives of the deceased were able to resolve the case. Most suspicious deaths in police custody remain in the dark.

In a recent interview to Daily Dot, Berezina said that she was still not hopeful for any sort of official response from Russian law enforcement. After being questioned over the website's activity by the state Center for Combating Extremism, she said she felt like even they didn't take her work seriously.

While the journalist doesn't expect to effect any tangible change or for the police to hold themselves accountable, she said the “Russian Ebola” website was created “in order for people [to] think for themselves.” Berezina's intent, she said, was not to paint the Russian police force as completely bad. “Maybe there is nothing bad at all—but then why [do] people keep dying?”