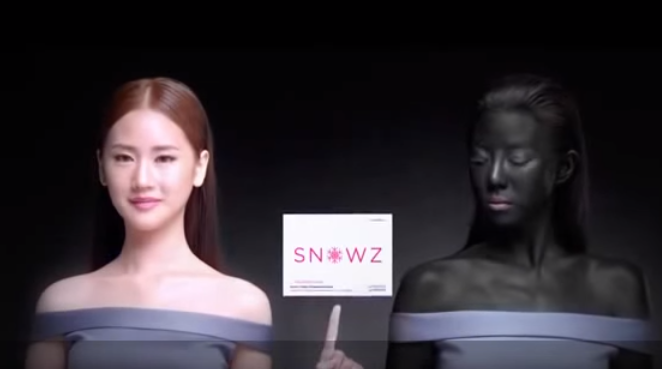 A screenshot of the skin whitening video ad posted on YouTube.

The video advert of a skin whitening pill in Thailand was denounced by many Internet users as racist for carrying the tagline ‘You just need to be white to win.’

After receiving widespread criticism, the maker of the ‘Snowz’ whitening pill removed the ad from YouTube and issued a public apology.

The advert featured a Thai actress attributing her success to her white skin. She added that her popularity will suffer if she loses her whiteness, thus explaining the need for her to use whitening products like Snowz.

The ad ends with the now infamous tagline ‘You just need to be white to win.’

While the advert was withdrawn by the company it has been reposted by other YouTube users.

The ad angered many Internet users who considered it discriminatory.

It generated an intense online discussion about racism in Thailand and the cultural obsession with white skin.

Thai advert says you can be a winner if you have white skin. This is the most racist advert I've ever seen #Thailand pic.twitter.com/oB9CZM3vrB

Thai craze for whiteness rears its ugly head again. It never ends. Thai ad agencies are the worst of them all! https://t.co/ixUe65pdrj

Seoul Secret, the company behind the Snowz pill, apologized for offending a lot of people. 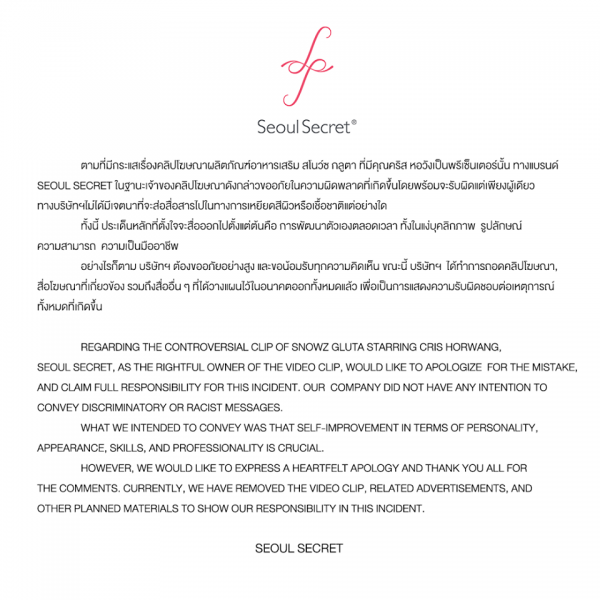 Apology by Seoul Secret posted on the company's Facebook page

This is not the first time that a skin whitening ad was denounced as racist in Thailand. A few years ago, another company was forced to apologize after it posted an ad inside a train with the message ‘This seat is reserved for white people.’