Kyrgyzstan Staged its First Opera Flash Mob in a Bishkek Supermarket. It Was Magical. 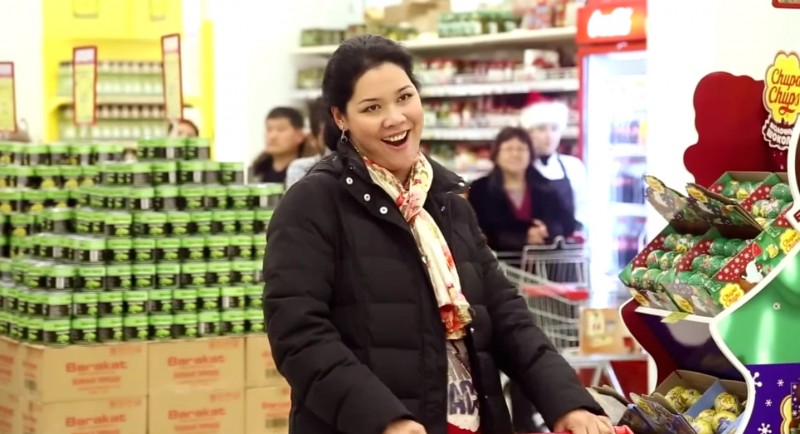 This young woman was one of the stars of the recent opera flash mob in the Frunze Supermarket. Screenshot shared by People of KG's YouTube channel.

In a week when Kyrgyzstan has been in the news for all the wrong reasons, a video that has surfaced online has given people reason to smile again.

The country's first Opera Flash Mob appeared online on the YouTube Channel of People of KG, an online initiative that highlights Kyrgyz citizens that are doing incredible things.

The video was swiftly covered by RFE/RL:

A typical evening's shopping at Bishkek's Frunze supermarket in early December suddenly turned into a cultural event with the appearance of an opera flash mob. People who seemed to be average shoppers and store employees suddenly burst into song, regaling store patrons with a piece from Verdi's opera, La Traviata. The singers, from the Kyrgyz National Conservatory, were advertising an upcoming free concert.

Unsurprisingly, the opera flash mob has proven one of the most widely shared items on Kyrgyz social media this week. Take a minute to watch and enjoy!