Rosca de Reyes: More Than a Cake for Three Kings 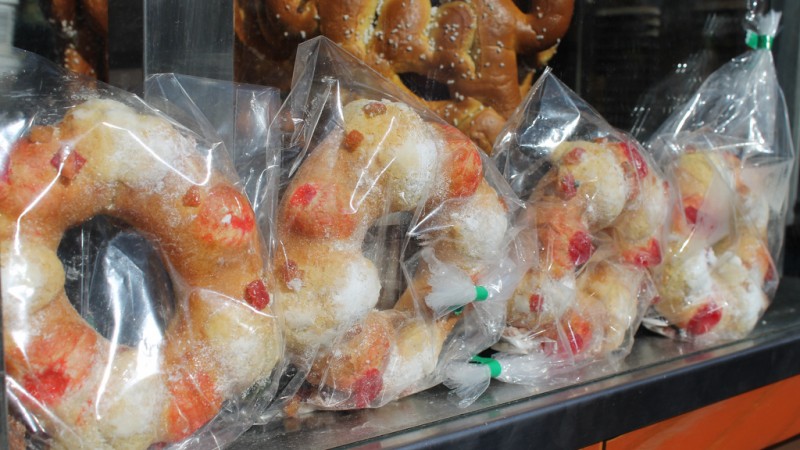 This post was originally published in the Lupitanews blog.

As if all the fun from Christmas and New Year’s Eve wasn’t enough, the winter holidays aren’t over yet—at least not for the families that celebrate Three Kings Day on January 6. The “Dia de Los Reyes” marks a religious legend turned into a beautiful tradition that started in Medieval times, was adopted in France and Spain, and was brought to Mexico by the Spanish Conquistadores.

According to Catholic teachings, following a bright star, “La Estrella de Belén,” Melchor, Gaspar, and Baltasar traveled to Jerusalem and Bethlehem to meet a prophet who had recently been born. That baby was Jesus, and he received gold, incense, and myrrh brought to him by the three kings.

Mexico took Día de Los Reyes seriously, and transformed it into a celebration among family and close friends, honoring children, who receive presents. The center of the gathering is La Rosca de Reyes (a King’s cake)—a delicious, sweet thing adorned with dried and candied quince, citron, peach, and other fruits such as cherries. It is accompanied with hot Mexican chocolate or atole (both of these Mexican drinks were inherited from the ancestral tribes or “antepasados”).

Inside the “rosca,” which looks like a giant doughnut, people will find a plastic mini figure. Whoever gets it will have to give a party with tamales on February 2, which is El Día de la Candelaria, another Catholic celebration.

Growing up in Sonora and Sinaloa, Mexico, I saw year after year myself and others eating this delicious cake, and getting a ring or a thimble, as well. According to popular belief, the first meant wedding coming up!, and the second of course, you will stay single—as in boring solterona.

In modern-day San Francisco, Latinos of all nationalities have taken the tradition and are transforming it. While the San Francisco Bay Area offers many kinds of diversity, the cake is still found mostly in Mexican bakeries, where it only has the plastic baby figure. The cake is delicious, it has a sweet meaning, and, what the heck, it gives you a reason to continue celebrating!