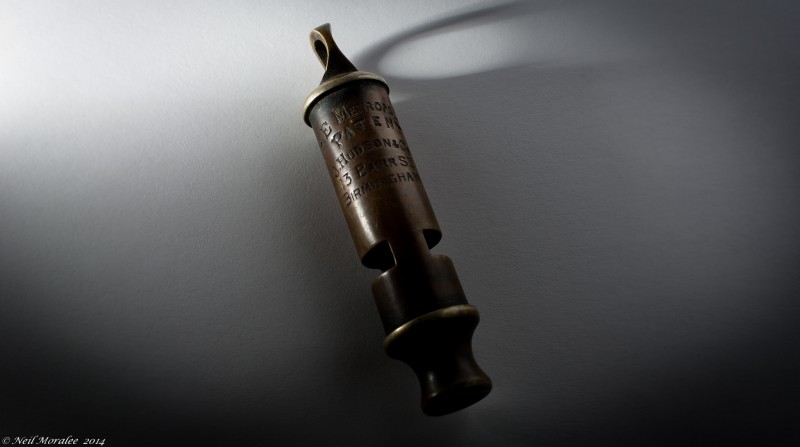 The fact that Afra Raymond has recently resigned from his post — amidst much controversy — as President of the Joint Consultative Council (JCC), the body that serves as a watchdog for Trinidad's multibillion dollar construction industry, has not deterred him from being as outspoken as ever on matters of transparency and good governance in procurement and public office.

In his most recent blog post, he tackled The Whistleblower Protection Bill 2015 — proposed legislation that would theoretically offer protection to citizens who report wrongdoing in both state and private bodies. The country's attorney general explained:

The purpose of this Bill is to combat corruption and other wrongdoings by encouraging and facilitating disclosures of improper conduct in the public and private sector, to protect persons making those disclosures from detrimental action, to provide for the matters disclosed to be investigated and dealt with and to provide for other matters connected therewith…

By writing about it, Raymond wanted to raise public awareness of the bill, since the Joint Select Committee that has been assigned to examine the proposal is scheduled to report its findings to Parliament by January 22, 2016. According to Raymond, now is therefore “the time to consider these and make formal comments.”

There has been a real push — much of it led by the JCC under Raymond's leadership — for civil society to step forward and make its voice heard in order to keep politicians and other stewards of the public purse in check. In 2014, the JCC and other civil society groups helped to broker the independent assessment that brought environmental activist Dr. Wayne Kublalsingh's first hunger strike over the construction of a contentious section of highway to an end.

There were a few provisions in the proposed bill that were noteworthy to Raymond. He pointed out the term “unfair discrimination”, for instance, which led him to wonder “if the inclusion of that one word will open up a zone of uncertainty and even suggest that certain acts of discrimination are in fact ‘fair’”. He wondered about the definition of “improper conduct”, given that “the failure of some of the largest State Enterprises to produce audited accounts for years on end place them squarely within this class”.

He also highlighted a line which states:

Nothing in this Act authorises a person to disclose information protected by legal professional privilege and a disclosure of such information is not a protected disclosure.

Referring to a court case dealing with a similar issue, which the JCC won in 2014 (the state later had the judgement reversed on appeal), Raymond explained:

This is unsatisfactory in my view since it is precisely in such documents that evidence of a wrongdoer having been advised of the illegality of their improper and illegal actions can be found […] it seems to me that [this section of the proposed bill] is a significantly retrograde step on this important issue.

Another point of contention for Raymond was rewards for whistleblowers:

There are whistleblowers who were participating in the crimes and there are those who were merely observing. How do these proposals deal with those different species of whistleblowers?

Perhaps the most important issue, however — for Raymond and other citizens who may be interested in the proposed bill and the effect it may have on policing corruption — was prosecution. Trinidad and Tobago has an abysmally poor track record of convicting white collar crime:

We return to the age-old question of just when are we going to seriously investigate, prosecute and [convict] the white collar criminals who operate with impunity in our country? Without an effective process to take these criminals to prison and recover stolen monies we will be only be ‘spinning top in mud’.

Read the proposed bill in its entirety here.