Pakistanis Weigh In on Saudi Arabia and Iran's Diplomatic Break-Up 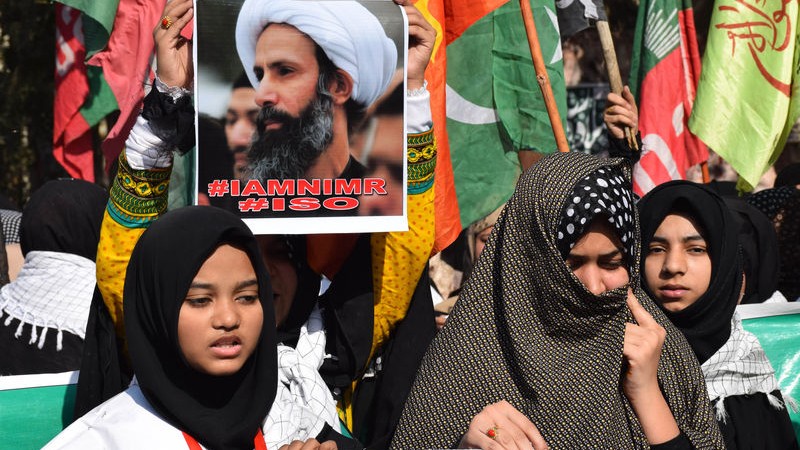 Saudi Arabia cut diplomatic ties with its decades-long rival, Iran, after Saudi Arabia executed 47 people on terrorism charges, including 56-year-old top Shia leader Sheikh Nimr al-Nimr. He had supported anti-government protests in the Qatif region of Saudi Arabia, home to a large Shia population that has have long complained of being sidelined by the conservative Sunni royal family.

Iran is a Shia majority country, and in response to the execution, Iranian protesters took to the streets of Tehran and stormed the Saudi embassy. Before all these events, the two theocracies weren't exactly the best of friends, backing opposing forces in wars and political conflicts across Middle East.

So what do Pakistanis have to say about all this?

‘Curious days ahead for Pakistan’

Pakistan's religious make-up is overwhelmingly Sunni Muslim with a significant Shia minority, similar to Saudi Arabia, though a fundamentalist branch of Sunni Islam called Wahhabism is dominant in Saudi Arabia, unlike Pakistan. Freedom of religion in Saudi Arabia is severely limited, and the country has jailed a number of Shia activists for calling for equal rights.

On social media, many Pakistanis were wondering if their country would take a side in the dispute, play the role of mediator or stay out of the problem entirely. Pakistan has had a long, friendly relationship with Saudi Arabia, and it is also on good terms with Iran.

Curious days ahead for Pakistan: between the Scylla of sugah-daddy Saudi Arabia and the Charybdis of neighbour Iran

On Monday, Pakistan condemned the storming of the Saudi embassy in Tehran and termed the incident “unfortunate.” Pakistan, in a statement issued by its Foreign Office, called for a “peaceful resolution” of the issues, although it should be noted they said nothing against Saudi Arabia's move to execute nearly 47 people.

Pakistan itself lifted a seven-year moratorium on the death penalty after a Taliban attack at an army-run school in Peshawar in December 2014 left 140 dead, most of them children. Since then, more than 300 people have been executed.

On January 5, Pakistan's Foreign Minister Sartaj Aziz said in parliament that Pakistan is “concerned” over the tensions between Saudi Arabia and Iran. He was of the view that Pakistan will “try to bridge the divide” and improve the relationship between the two countries.

In 2015, Saudi Arabia conducted at least 157 executions. Iran’s figures for 2015 are set to be even larger: between January and mid-July last year, Amnesty recorded 694 executions (compared with the official total of 246). According to Amnesty International, Saudi Arabia has exceeded its highest level of executions since 1995, when 192 executions were recorded.

The diplomatic bad blood between the two led to a resurgence of the #BoycottHajj on Pakistani social media, first used in September 2015 after more than 2,000 people were killed in a stampede during the annual Hajj pilgrimage in Saudi Arabia.

Some on Twitter theorized that the hashtag was given the spotlight by Iranians, but it should be remembered that Twitter, Facebook and many more social media sites are blocked in Iran.

Muslims of all stripes (not just Shias) started hashtag #boycotthajj & now it has tons of Wahhabis making apologetics & shaming them.

Hajj, being one of the five pillars of Islam, is of a lot of importance in Islam. The boycott hashtag created a lot of anger in people, after which the following hashtag started trending in Pakistan: #لبیک_اللھم_لبیک (Labaik Allahuma Labaik – “Here I am at Your service O Allah, here I am‎” – recited during Hajj and Umrah).

The tweets not only showed support to Muslims, but also Shia and Sunni, forgetting the differences between them.

Hajj is a pilgrimage which shows we are one nation, bound by religion. (Hajj 5th pillar of Islam) #لبیک_اللھم_لبیک pic.twitter.com/2j1fydrdfo