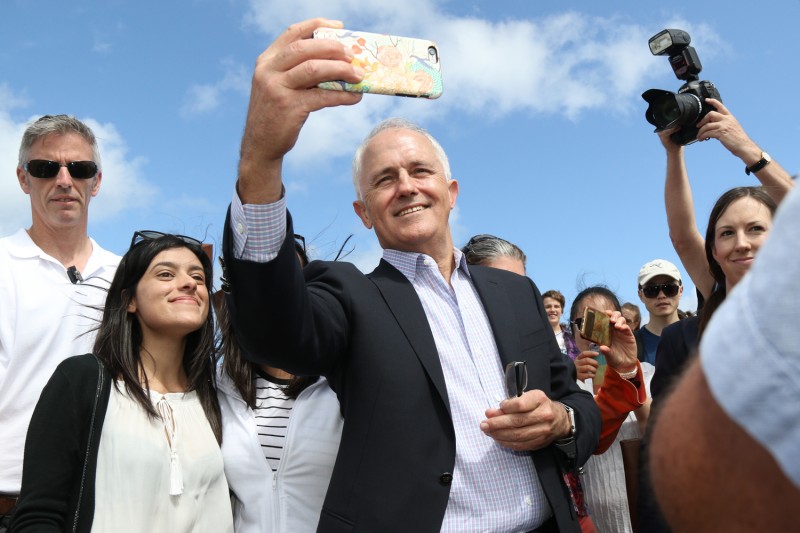 Prime Minister Malcolm Turnbull's Australian government has experienced a series of setbacks since Christmas 2015. Special Minister of State Mal Brough stepped down due to his being investigated by the police. This happened the same day as the forced resignation of Cities Minister Jamie Briggs following an indiscretion at a Hong Kong bar involving a female Australian public servant. Subsequently, the Immigration Minister Peter Dutton committed an embarrassing gaffe by misdirecting an offensive comment.

All three cases involve text messages sent by the politicians that betray a phenomenal lack of judgment or skill.

Brough is alleged to have exchanged text messages illegally soliciting information to discredit a political opponent. Briggs compounded his “inappropriate behaviour” by texting images of the woman concerned to colleagues. And Dutton mistakenly sent an offensive text to the person referred to in the message.

The Brough affair is an ongoing saga dating back to 2012. He is accused of asking James Ashby, a staffer of the then Speaker of the House of Representatives Peter Slipper, to steal extracts from his private official diary.

Part of the evidence against Brough involved text messages exchanged with James Ashby:

Brough is also in the gun for allegedly misleading parliament over the matter. The melodrama can be followed at the #Ashbygate Twitter hashtag.

However, it was the recent behaviour of Briggs and colleague Immigration Minister Peter Dutton that has captured most of the public attention. The first media reports of what happened in Hong Kong with Briggs and the female public servant that led her to make an official complaint against him mentioned an arm around the shoulder, a kiss on the cheek and a remark about piercing eyes.

The scandal has been blazing on several fronts. Firstly, a storm has erupted over the leaking of a photo of the woman to the media. A pixelated version of the image was published on the front page of The Australian newspaper, a Rupert Murdoch publication. Briggs admitted to texting the image to colleagues before and after she made her complaint against him. The vexed issue of the right to privacy quickly sprang to life:

As the cliché goes, you couldn't make this stuff up. Immigration Minister Peter Dutton added farce to the fire when he attempted to send a text message to his besieged colleague Briggs. Instead, he mistakenly sent the following to journalist Samantha Maiden, who had written an opinion piece suggesting Briggs was “booted for being fool“:

Maiden accepted the apology and has treated the message with humour:

13 Most Badass Witches of All Time https://t.co/eli5qwyoSZ

Twitter user Destroy the Joint, whose mission is ‘a call to arms for Australians seeking gender equality & civil discourse’, joked:

I am a #MadWitch and I vote. #feminism #auspol pic.twitter.com/tZ4nmUo9RM

Roland had no doubt about which blunder was the worst:

Touch Too Much #JamieBriggsPlaylist #auspol

Within a couple of hours, the hashtag was top of the Australia trends and received over 1,200 posts in 24 hours.

This suggestion was a popular one:

#jamiebriggsplaylist Don't stand so close to me

Inevitably, a #PeterDuttonPlaylist sprang to life despite this plea:

Not sure that Dutton can hold on, after this. Could be the third scalp in two weeks #auspol https://t.co/Di2WQ3lzU0

He may be disappointed. The prime minister has been being accused of weakness over his lack of a decisive response to the latest fiascos:

Hi @TurnbullMalcolm, Just how many times does @PeterDutton_MP need to demonstrate his ineptitude for high office before you act? #AusPol

Hugh Murdoch applied the 1960s term of male chauvinist pigs (MCP) in his comment on the scandals:

Writer and academic Anita Heiss recommended a piece that explores the wider implications of “the way men treat women in the workplace in general”:

Everyone should read @JennaPrice on why Jamie Briggs, and so many men like him, fail to get it https://t.co/MJ2FylmBCE via @theage

Malcolm Turnbull's long honeymoon with voters since he toppled Tony Abbott as prime minister in September 2015 may finally be over:

Perhaps all members of his ministry need a course in Texting 101.