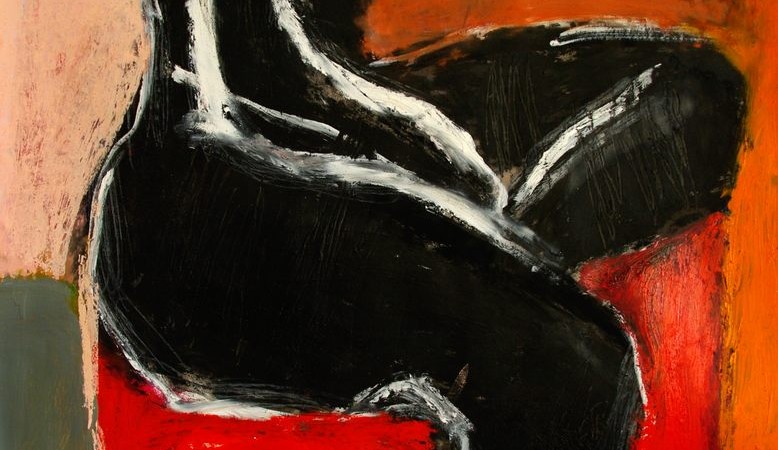 In today's society, we are faced with a growing social and cultural tendency for women to disconnect themselves from their bodies. Rather than learning to understand for themselves what is going on ‘down there’, women prefer to listen to doctors and pharmacists, unaware that the remedies they seek may be in the plants and earth around them.

In Latin America, a renaissance has begun in the form of ‘natural gynecology’. Women are incorporating ancient teachings of self-care into their modern day lives. These women are not only reclaiming their bodies, but also reclaiming their ancestral traditions as they embrace the teachings passed down from generation to generation.

Using social media as a platform to spread the word, the concept of natural gynecology is steadily gathering interest from all corners of the world. Enthusiasts have taken to Facebook, Instagram and Twitter with pages such as Mulheres da Terra [2] (Women of the Earth), Ginecologia Natural [3] (Natural Gynecology) and Parir con Placer [4] (Give Birth With Pleasure) to build online communities encouraging women to embrace ancient traditions, share their experiences with others and discuss the female anatomy in an endeavor to dissolve the taboo surrounding vaginas.

This movement offers an alternative to the medicalization of the human condition and encourages women instead to explore the relationship between mind, body and earth. From using plants and roots to cure infections, to learning about the connection between lunar and menstrual cycles, these pages inspire women to take our bodies back into our own hands. 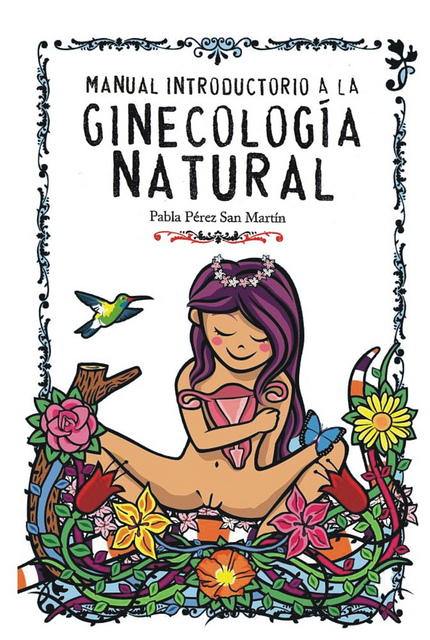 Pabla Pérez San Martín is the Chilean woman at the roots of one of these communities, the Ginecología Naural [6] project. She recently released a book entitled ‘Manual Introductorio a la Ginecología Natural’ (Introductory Manual to Natural Gynecology). Growing up in the countryside of Valparaíso, Chile, Pabla was taught by her grandmother from a young age about the earth and its natural remedies. As she grew up, Pabla began an exploration around Latin America where she met groups of indigenous women who shared their knowledge and experiences through word of mouth.

Pabla's blog features articles such as “Menstruation increases my libido [7]“, “From the body to the roots [8]” and “Vaginal fluids: Silent guardians [9]“. She explains that the project isn't about encouraging people to abandon medical professionals, but rather being aware of all the options available and having a basic understanding of the subject.

Self-awareness is so powerful; it provides us with tools and knowledge which have in the past remained hidden or even forgotten. To see ourselves, touch ourselves and understand ourselves through our own eyes, outside of social norms, will help us to connect, value and enjoy our sexuality.

While many women might run to the chemist at the first sign of a yeast infection, Pabla recommends using garlic or natural yoghurt to cure the infection and goldenseal root for any itchiness. Rather than washing with harsh soaps, how about using an infusion made from raspberry leaf, fresh root of ginger and flowers and leaves from the yarrow plant? One invention she talks about which has become popular worldwide is the menstrual cup [10], described as ‘a healthy, hygienic, comfortable and ecological alternative to tampons and sanitary towels’. She even offers instructions on how to make your own eco-friendly sanitary towel. [11] 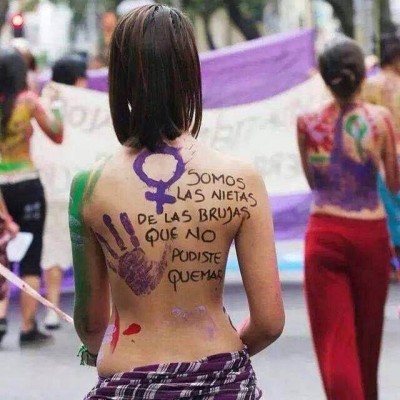 ‘We are the granddaughters of the witches you couldn't burn’. Image used under the Creative Commons license

Taking sexual health back to its roots, the communities offer much more than lessons on the advantages of natural gynecology — there is also a sense of sisterhood in the passing on of wisdom from generation to generation, enlightening and empowering women.

Women do not need medical help for their sexual health, for procreation, for living a life that is free and healthy. This has been, and continues to be now the reality for women in many parts of the world, such as in the Quichua and Shuar communities of the Amazon jungle, where women often give birth alone, in the majority of cases without midwives, without pain, without fear, without caesareans, without death