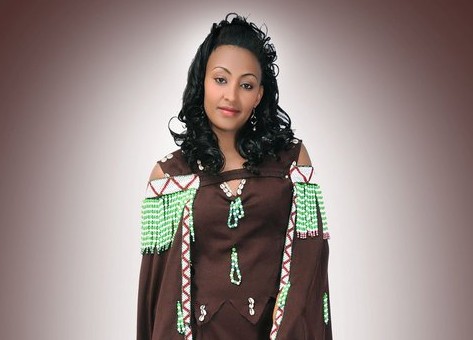 While journalists and bloggers remain the primary targets of state repression in Ethiopia, musicians that don't jive with state propaganda also take the heat.

Hawi Tezera, an ethnic Oromo singer, was reportedly beaten, arrested, released and then rearrested in the space of just seven days by government security forces in connection with her song about ongoing protests in Oromia, a southern administrative region that is Ethiopia’s largest.

Two other Oromo singers, who asked to remain anonymous for fear of retribution, told this author over Facebook chat that they have been under intense surveillance since anti-government protests began in the region in November.

According to some estimates, over a hundred demonstrators have died in unrest that began after the government made plans for the expansion of the capital Addis Ababa into land inhabited by the Oromo ethnic group, which accounts for almost a third of Ethiopia's population.

In the last two decades, Oromo singers who gravitate towards political and social activism have been subjected to intimidation, abductions and torture.

There are also more musicians-in-exiles among the culturally distinct Oromo group than any of Ethiopia's other major groups.

One of the most recognisable victims of this slow purge was iconoclastic Oromo singer, Ebisa Adugna, who civic activists believe was killed by Ethiopian government forces in 1996.

Dawite Mekonen, widely known for streamlining Oromo traditional music with more contemporary styles in the 1990s, went into exile after refusing to perform for soldiers at war front during Ethio-Eritrean war in 1998.

Elefenesh Keno, arguably the most important female vocalist of Oromo language of all time was forced into exile in Norway around the same time, while vocalist Hirpa Ganfure also releases songs from the Scandanavian country having been forced to leave Ethiopia the same year as Dawite.

These are just few of the better-known examples of Ethiopia’s repression of Oromo musicians.

Musicians of all backgrounds that go against the government line find it difficult to get a gig or airtime on Ethiopia's radio stations.

One example of this trend is the last-minute cancellation last year of two concerts featuring Teddy Afro, a prominent Amharic singer and song writer.Teddy has a great popular appeal and is widely known as the most successful musician in Ethiopia.

Teddy, who was released from imprisonment on hit and run charges he always denied in 2009, said his team was refused permission to hold the concerts scheduled for last September, without speculating as to why.

It seems most likely the cancellations are part of a continuing government campaign against the musician since his release of songs critical of the regime in 2005, three years before he was imprisoned.

However, censorship is noticeably harsher as  regards the Oromo, Ethiopia's single largest ethnic group, which is viewed as a threat by a government packed with politicians from the northern Tigray minority.

According to reports at least 17 Oromo singers whose lyrics show “nationalistic tendencies” were banned from air waves in December 2015 by the Ethiopian Broadcast Authority.

Oromo singers often produce music that articulates strong pride in their national and cultural heritage, whether through lyrics or the incorporation of traditional instruments and melodies.

The latest ban has encompassed songs that appear to be far from overtly nationalistic, including the songs of the two musicians the author interviewed for this piece.

This signifies a clampdown on even moderate forms of cultural self-expression.

According to academic Michael Shawn Mollenhauer, who wrote his doctoral dissertation on the topic of censorship of Oromo culture in Ethiopia, the current government uses Oromo musicians  to present a facade of cultural diversity while systematically imprisoning and intimidating independent singers.

Hawi Tezera's story is an indicator that the state's grip on any form of freedom of expression is getting ever-tighter, with controls over music reaching a new low.

However, the crackdown is not having the desired effect.

In fact, Oromo songs with political undertones are actually seeing a resurgence, with this author tallying over 300+ songs on YouTube and Facebook alone since 2014, as the Internet provides an alternative space for musicians to defy the blanket of state censorship.

If anything, music censorship has helped strengthen Oromo nationalism.

The overwhelming majority of Oromos already felt that their identity was being attacked unjustly, and the intensification of state harassment against a background of growing political unrest is tipping them over the edge.

This story was commissioned by Freemuse, the leading defender of musicians worldwide, and Global Voices for Artsfreedom.org. The article may be republished by non-commercial media, crediting the author Endalk, Freemuse and Global Voices and linking to the origin.