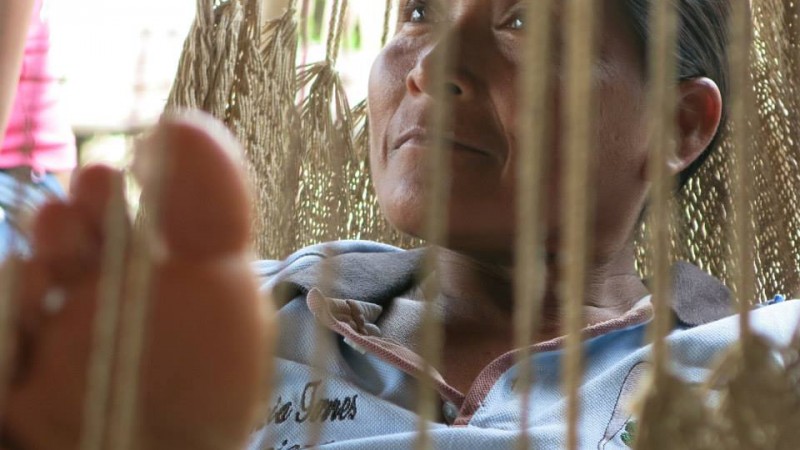 Despite their ever-present status in Venezuelan governmental politics, indigenous communities like the Warao find themselves in extreme poverty—very far from being able to access basic rights, such as healthcare. Photos by the author.

The original version of this article is from a study carried out by Minerva Vitti and was published by SIC magazine, Venezuela.

“Indigenous peoples have the right to comprehensive healthcare that takes into account their practices and cultures,” reads Chapter VIII of the Constitution of the Bolivarian Republic of Venezuela. “The State shall recognize their traditional medicine and its complementary therapies, subject to bioethical principles.”

The above implies that health services must be adapted to the cultural particularities and necessities of each indigenous people. It's not the only place where this promise appears. It also figures in some form within the constitution's preamble and the Fundamental Law of Indigenous Peoples and Communities, as well as in Convention 169 of the International Labor Organization's Convention on Indigenous and Tribal Peoples in Independent Countries, which Venezuela ratified in 2002.

Nevertheless, the right to indigenous healthcare is being compromised by authorities in light of the multiple failures presented by the clinics in the 345 communities that cling to the distributaries of the Orinoco Delta, located in the eastern part of the country.

Within this region lies San Francisco de Guayo, located in the municipality of Antonio Díaz in the state of Delta Amacuro. This is where Venezuela's second largest indigenous population, the Warao people, can be found, who make up 7 percent of Venezuela's native peoples, after the 58 percent who belong to the Wayuu people in Zulia State, located in the western part of the country.

This population of approximately 3,000 inhabitants relies on the “Hermana Isabel López” rural hospital, where the crisis in indigenous communities healthcare is plainly obvious. The hospital's electric generators broke down months ago and responses to requests to repair them cannot be fulfilled in Venezuela due to the import crisis for various types of electrical equipment. This makes the area dependent upon town staff, who provide very irregular service.

About 20 days ago, one of the zone's inhabitants reported that they had gone 20 days without electricity. Doctors must attend to emergencies by candlelight, and more than one child has died, due particularly to meconium aspiration syndrome, where newborns die because they inhale their first feces during childbirth. Also, the lights have gone out at the hospital many times during deliveries. 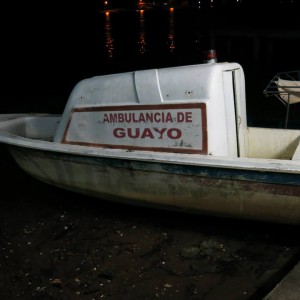 Limitations on resources reaching hospitals has translated into the death of many indigenous people in the Warao community. One of these resources is the Guayo river ambulance, the only way to carry emergency patients from the state to the capital for treatment. Photo by author and used with permission.

The hospital's water ambulance is also damaged. On one occasion, a six-month-old baby with a severe case of diarrhea had to be taken to Tucupita hospital, a five-hour boat ride (depending upon the motor's horsepower and the strength of the current). The transfer was impossible and the doctor and family members had to give up. Another case involved a Warao boy with tuberculosis, who died when he could not be transferred to Tucupita, the state capital.

The Hermana Isabel López Hospital has also experienced medical supply shortages. Among the numerous medical supplies which are lacking are pediatric Yelco's, a type of catheter that is introduced into the tissue or vein to extract blood, inject pharmaceuticals, or drain liquids. As an alternative, doctors must use adult-sized Yelcos, causing children great pain or even piercing their bones. Nevertheless, there is no other alternative in cases of dehydration, where the result would be fatal. Another scarce medication is sulphur cream, which is important in controlling Norwegian scabies or mange — something very common in the region.

In addition to all this, the refrigerator to keep vaccines cool broke down in October 2014, resulting in children no longer being immunized. According to a resident of San Francisco de Guayo:

They don't even give out medicines here, but they do come for your vote […]. We don't even have electricity to keep our food, though I'm sure it will come on [during] the elections but [not] afterwards.The governor promised to get a river ambulance and community transportation but nothing has shown up yet […] If even our own indigenous leaders don't care about our brothers, how will others care about us?

The same situation is repeated at the Dr. Luis Gómez Health Center, located in the Nabasanuka community (also in the Amacuro Delta), where the lack of medical supplies and the absence of a river ambulance have led to increased deaths among the Warao. What medicines there are have been brought by rural doctors and medical interns who have worked at obtaining them through donations: “If they didn't come here there would be nothing,” said one of the nurses.

According to the community's leader and representative, Mr. Conrado Moraleda, the latest case involved an indigenous mother in an advanced state of pregnancy. An immediate transfer was not possible, as there was no ambulance service available. The result was the death of both the mother and the baby.

In the long term, the suffering of these communities can be seen as a grave but silent threat. The lack of effective public policies concerning healthcare puts these peoples and their ancestral knowledge at permanent risk of disappearance. In the same way, the limitations experienced by these communities are also connected to other problems with a common source, creating a shameful characteristic common to the other indigenous communities of Latin America.

The original version of this article is from a study carried out by Minerva Vitti and was published by SIC magazine, Venezuela.