An Indigenous Toddler Was Murdered in Cold Blood, but Brazil Barely Took Notice 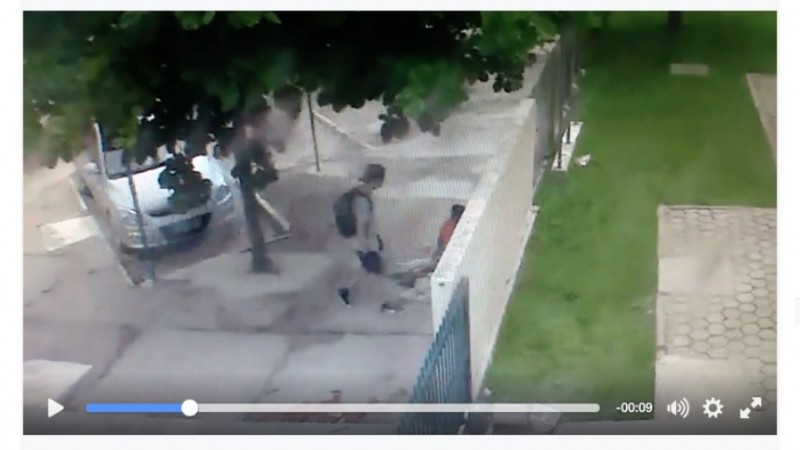 In the afternoon of December 30, a Kaingang mother was breastfeeding her 2-year-old son while sitting on the sidewalk outside a bus station in the city of Imbituba, state of Santa Catarina, Brazil. They had been sleeping there for a few days together with a group of other indigenous people, who had made the the eight-hour journey by bus from the city of Chapecó to Imbituba in order to sell their handcrafted art.

The young mother was holding her baby while resting her back against the wall when a stranger approached them. Security camera footage showed that the man first touched the baby’s face and then cut his throat with a small blade. As he ran away, the mother yelled for help, but 2-year-old Vitor Pinto was soon dead.

This brazen murder of a toddler, killed in his mother’s arms in broad daylight, didn’t make headlines in Brazil. Few media bothered to report what happened. As expressed by journalist Eliane Brum, writing in her column for Spanish newspaper El País: 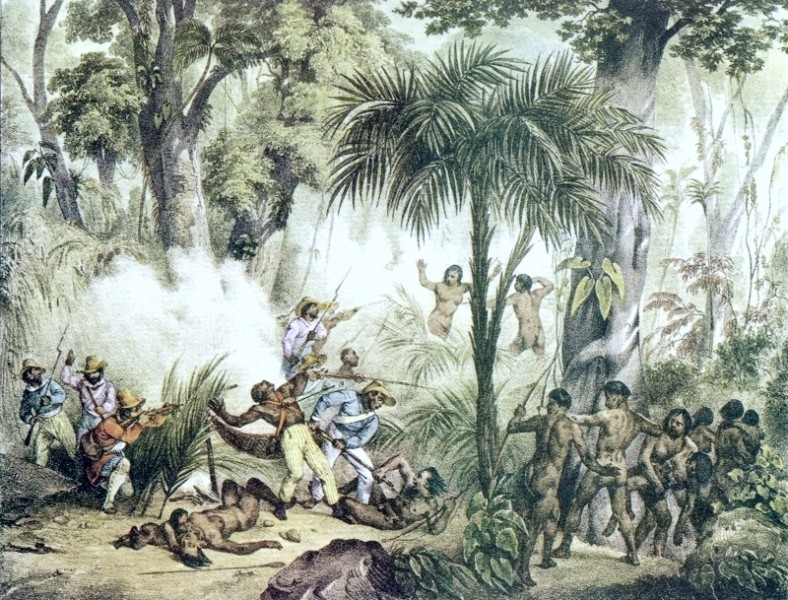 Ever since Latin America became a “European business” — as journalist Eduardo Galeano used to say — indigenous lives have always been the cheapest ones on the continent. That's not news. “Racism against indigenous people is historical,” as Brazilian historian Waldir Rampinelli pointed out during an interview with Radio Campeche after Vitor’s murder:

Elaine Tavares, a journalist based in Santa Catarina where Vitor was killed, notes that when Spanish and Portuguese explorers arrived in Latin America, indigenous people were branded “non-humans, second-class citizens, unfaithful, useless”:

There is the gruesome reality of Brazil. In the state of Mato Grosso do Sul, for example, at least 300 indigenous individuals have been killed in land disputes in the recent past. Many indigenous leaders have been trying to call attention to what they call a genocide happening in the country, in which organized militias have killed indigenous people. Still, little to no debate has been created on the matter. Some of the victims have been Guarani-Kaiowá, the ethnicity that leads in suicides in Brazil. According to a New York Times article, suicides among the tribe are 12 times higher than the national average. 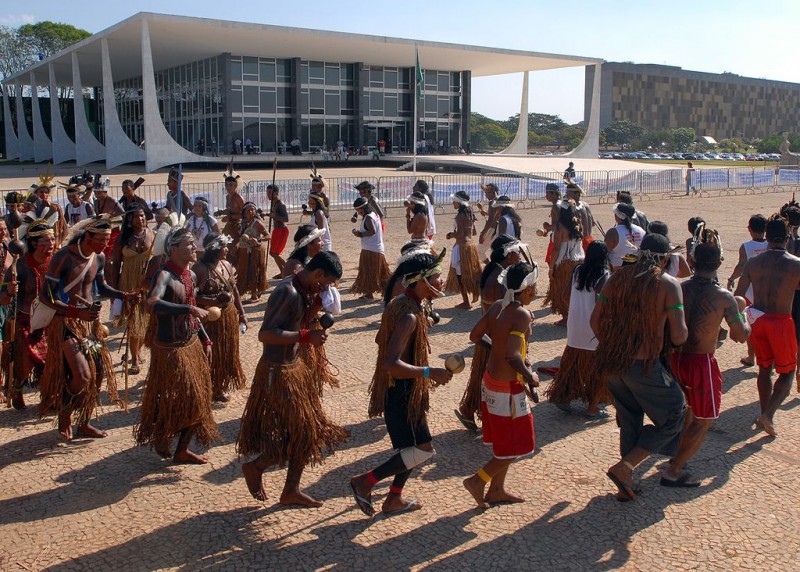 Throughout the entire country, with some differences in the regional context from state to state, Brazil's indigenous struggle to get their lands recognised and demarcated. While waiting, many have to live on the side of highways or on the streets. President Dilma Roussef’s government has the worst record of demarcation in 30 years.

Congress is about to vote on a constitutional amendment to change how the land demarcation process is done. If approved, PEC 215 will transfer the final decision on indigenous land demarcation and property from the executive branch to the legislative. In effective, that would put the final word on traditional indigenous lands into the hands of Congress and its farmer lobby — the ruralistas.

Meanwhile, more fuel is being added to land disputes. In November, a reserve in Florianópolis was invaded by the former owner who did not accepted the amount paid to return the lands to the indigenous people. A month prior to the invasion, a judge had ruled against the man, on the basis that he knew those were indigenous lands when he first purchased the property. The tribe chief Eunice Antunes, also known as Kerexu Yxapyry, had already reported receiving death and persecution threats before the invasion, but no action was taken.

Two days after Vitor's murder, the 23-year-old suspect turned himself to the police confessing to killing the toddler. He decided to come forward because he said he feared for his life, though he hasn't given a motive. Some have speculated that he may be psychologically disturbed.

But if there's not much to say about his killer yet, Vitor's death speaks volumes about how Brazil treats its native peoples. In the words of Eliane Brum: