ISIS is Alive and Well in Pakistan Despite Persistent Government Denials 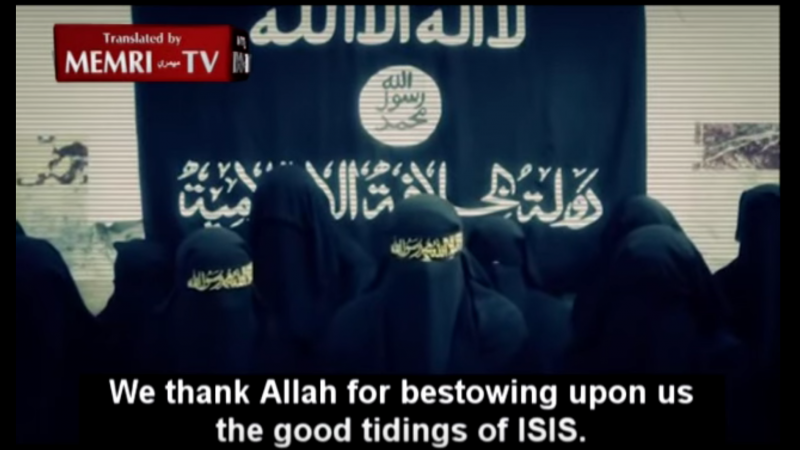 On December 31, 2015, as the world was gearing up to celebrate the New Year, news broke in Pakistan that twenty people from Lahore, including women and children, had travelled to Syria to join ISIS.

A couple of days before that, eight suspected ISIS militants were arrested in the northern city of Sialkot, in the Punjab region.

Yet the Pakistan government has denied ISIS maintains a presence in the country, a position that begins to look increasingly absurd as evidence of the group's penetration grows and a series of smaller extremist groups offer it their allegiance.

On social media people showered anger on Home Minister Choudhary Nisar khan, who has been leading the denials.

#PMLN Minister Rana Sanaullah says No ISIS in Pakistan, but ISIS members from Pakistan are going abroad with “Jihad” as objective in mind.

Will our Govt continue denying the presence of #Daesh in Sialkot #Pakistan ..!! @AsimBajwaISPR pic.twitter.com/ZVtzeNhOBR

The ruling Pakistan Muslim League – Nawaz (PMLN) party has upheld its stance against extremism elaborated in the “National Action Plan” that emerged in the wake of the Peshwar school attack which claimed over 140 lives, mostly children, in December 2014. The attack was carried out by gunmen affiliated with the Tahreek-i-Taliban. 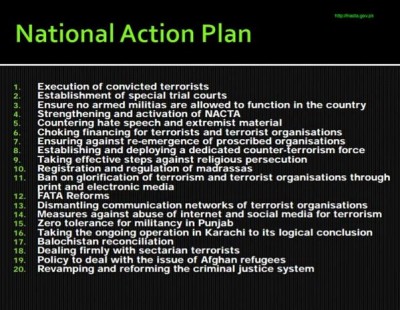 People in Pakistan have been profoundly disappointed by the government's failure to stem the rise of militant groups.

Just over a year ago Ali Salman Alvi tweeted about the presence of ISIS supporters in Lahore where pamphlets had been distributed outside a mosque and pro-ISIS slogans had been written on walls in the city:

If #Daesh in Pak is not curbed now, there will be bloodshed like never before. Booklets distributed in #Lahore today. pic.twitter.com/NPUpzRyunQ

Militancy in Punjab, Pakistan’s most populous and prosperous province, has emerged as a particular threat:

Opposition parties including the Pakistan People’s Party chaired by Bilawal Bhutto, have criticized the implementation of the NAP.

Bhutto said December 27: “This is not the NAP agreed to by all parties, this is the N-league action plan, whose target is political opponents.”

But why do people from Pakistan join ISIS?

Tatyana Dronzina, an expert in Islamic and ethnic conflicts from the Sofia State University in Bulgaria, who carried out on-the-ground independent research on ISIS militants in Central Asia, said in an interview with The Diplomat:

Many joined ISIS guided by reasons of social justice – to help Muslim brothers, to fight a regime that oppresses them or to defend the weak. Others chose to join because of adventure, romanticism, love (especially women), their wish to become heroes, or just because they feel the caliphate is the right place for a good Muslim life and they want to contribute to its development. Others felt they are not granted religious freedom in their country.

In turn, in a lecture at the School of Politics and International Relations in Islamabad last year, Dr. Hassan Abbas, a Pakistani-American academic in the field of South Asian and Middle Eastern studies, explained why the government is failing to curb extremist groups.

According to a review of the lecture:

According to [Abbas] the prevailing influence of Taliban in Afghanistan is due to its inability in nation building through soft power projection and the functioning of state through flawed criminal justice system […] Tahreek-Taliban-Pakistan is a quite influential non-state actor in Pakistan and its influence is prevailing due to the internal political and constitutional vacuum between the federal regime and the [Federally Administered Tribal Areas]. The tribal disconnect inside FATA between the tribes creates space for non-state actors.

The Foreign Office on Thursday reiterated meanwhile on New Year's Day that ISIS had “no footprint” in Pakistan.

Worryingly, at a time when ISIS and other militant groups are gaining ground in the country, Pakistan's government appears to be sticking its head in the sand.