As US Steps Up Deportations, Advocates Push for Refugee Status for Central Americans 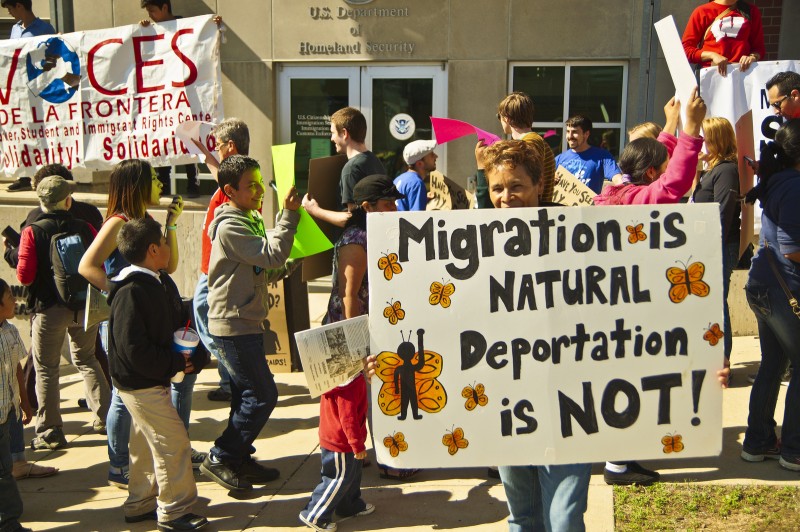 “Migration is Natural, Deportation Is Not.” Photo taken from the Flickr account of Joe Brusky under Creative Commons license.

Hundreds of Central Americans and their supporters gathered in front of the White House on Wednesday, 30 December to protest the US government's plan to significantly ramp up deportations, beginning on January 2.

As revealed in a recent Washington Post article, the Department of Homeland Security plans to begin targeted raids in the New Year.

The nation-wide campaign, to be carried out by U.S. Immigration and Customs Enforcement (ICE) agents as soon as early January, would be the first large-scale effort to deport families who have fled violence in Central America, those familiar with the plan said.

The article states that the plan would concentrate on adults and children who have already been ordered to repatriate by an immigration judge, while admitting that due to disorganization, many were unaware of the orders.

A leader who has emerged in the struggle against deportation is Gustavo Torres, executive director of CASA de Maryland, an organization that has been helping Central American refugees since 1985.  Speaking at the protest, Torres said:

We want to tell the Department of Security and President Obama that if they go ahead with this plan, those families, those children are going to be murdered in their countries of origin.

Torres emphasized that these Central American migrants should qualify as refugees because Guatemala, El Salvador and Honduras, the three countries that are the subject of the deportations, are experiencing their worst levels of violence over the last 30 years.

We want them to give these refugees a TPS (temporary protection status) and stop the deportations. That's why we are here.

CASA de Maryland and other like-minded organizations have put out a proposal that includes the creation of a nationwide network of lawyers, social workers, community organizations and volunteers to ensure the refugees’ protection.

“I came fleeing the violence & poverty in my country. I arrived with new hope for my life.” -Josue #somosrefugiados pic.twitter.com/RphqeGV4Bn

They are also putting out an educational campaign to inform the community of their rights in case migration authorites come to their homes. Over the weekend, Torres appeared on Spanish-language television and on CASA's Facebook page with advice for families under threat.

Remember, it doesn't matter if you are documented. You have rights in this country. To begin with, if Immigration comes to your home or your door, please do not open it. Ask them to slip any papers, including the deportation order, under the door…. If they ask you what country are you from or what is your name, tell them you do not want to give that information and you want a lawyer. 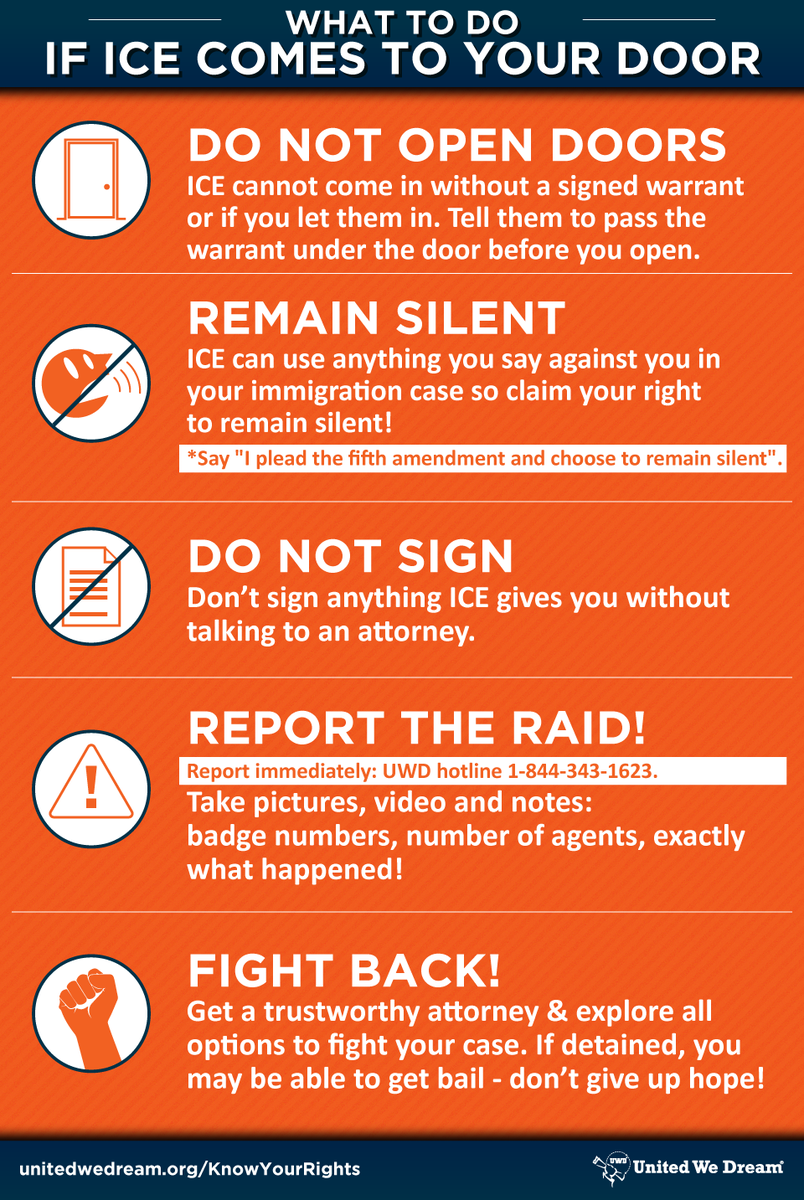 “What to do if Immigration and Customs Enforcement (ICE) comes to your door.” Infographic by United We Dream

Central America has been experiencing extreme levels of violence, with young people being targeted by gangs such as the Mara Salvatrucha, or MS-13, and Barrio 18, originally known as the 18th Street Gang, due to its origins on the streets of Los Angeles. In fact, both gangs, or “pandillas” as they are called in El Salvador, owe their existence to expedited deportation policy under the administration of former US President Bill Clinton in the 1990s, implemented at a time the country was emerging from civil war and had disbanded its police force. Gang members formed on the streets of Los Angeles with nominal ties to their places of birth were deported and, coupled with the lack of an extradition policy, other criminals took to Central America to hide out. According to a New York Times article from the period:

The situation may be especially serious here, but El Salvador is by no means alone in its alarm at Washington's policy on deportees. Throughout Central America and the Caribbean, from Guatemala east to Guyana, government officials have expressed anger and frustration at a crisis they regard as foisted on them by the United States and beyond their ability to control.

Of the almost 70,000 children apprehended as they tried to cross the US border in 2014, 73% were from Guatemala, El Salvador and Honduras. Despite recent US legislation such as the DREAM Act (whose acronym stands for Development, Relief and Education for Alien Minors), DACA (Deferred Action for Childhood Arrivals) and DAPA (Deferred Action for Parents of Americans), Central Americans are considered a priority for deportation under the new Department of Homeland Security guidelines, which target the recently arrived and those lacking ties to anyone in the United States.