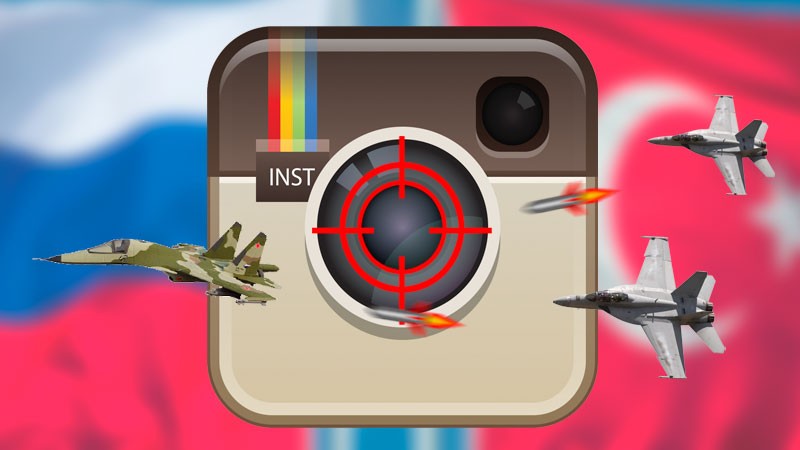 Hackers identifying themselves as the Turkish group “Börteçine Siber Tim” took control of Russian Communications Minister Nikolai Nikiforov's Instagram account earlier today for several hours, posting a dozen or so images of the Turkish flag, photographs of falling aircraft, and glorified Turkish military figures. The pictures were uploaded with captions written in Turkish and English. (These photos were deleted as soon as Instagram intervened.) 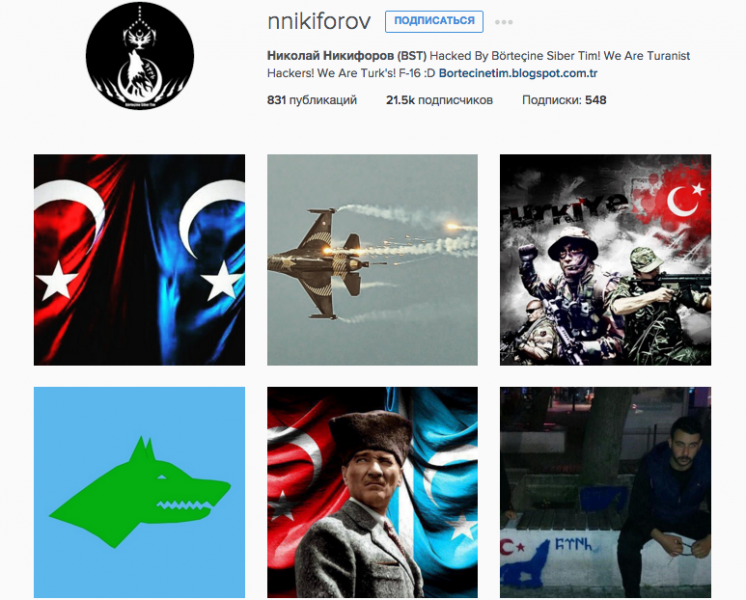 Before he regained control over his account, Nikiforov complained on Vkontakte, Russia's most popular social network, that Instagram still hadn't responded to the hack, nine hours after he first notified the service:

Thank you, everyone, for responding so actively to the hacking of [my] Instagram account. Unfortunately, Instagram itself hasn't responded to the incident, though it's already been more than nine hours.

After today's incident, I personally have a number of questions about Instagram's security compared to other services, and about the speed of its technical support.

In late December, the Turkish hacker group “Ayyıldız” claimed to be preparing cyber-attacks on Russian websites. The same group also took credit for hacking a website belonging to the online collective “Anonymous,” accusing it of insulting the Turkish state. Ayyıldız said Russian websites would be next for similar affronts to Turkey.

Tensions between Ankara and Moscow have been heightened since the Turkish Air Force shot down a Russian jet near the Syrian border on November 24. Ankara says the plane was violating Turkish airspace, which Moscow has vehemently denied.

In late December, research by the media-analysis firm Medialogia found that Russian national TV networks are now more likely to frame Turkey as Russia's most threatening foreign enemy, rather than Ukraine or the United States. Over the course of 2015, for example, the number of mentions of Turkey in relation to terrorism increased from 20 times to more than 150 times in an average week.