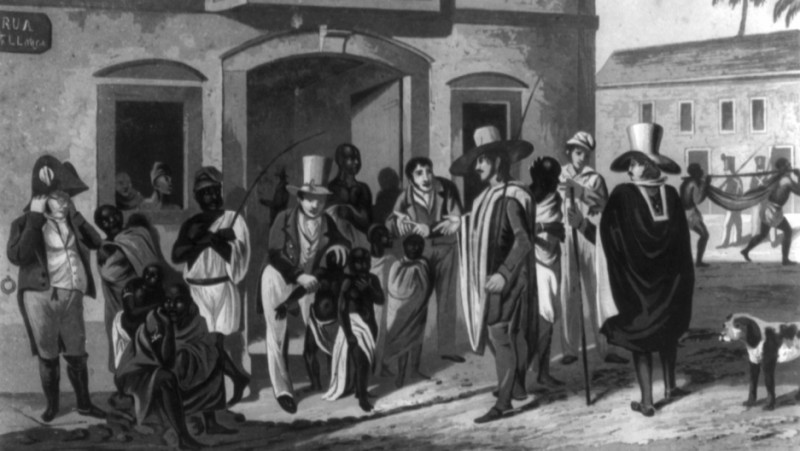 This article by Christopher Woolf for The World originally appeared on PRI.org on December 29, 2015, and is republished here as part of a content-sharing agreement.

How to memorialize slavery and the slave trade?

It’s a question that has gripped Sara Zewde since she was a grad student, and learned about the excavation of what is believed to be the biggest slave port in the Americas: Valongo Wharf, in downtown Rio de Janeiro.

“The name Valongo has always had significance and been central to Afro-Brazilian oral history,” says Zewde, “and so it’s always been present in songs and in ritual. And the neighborhood has that presence too — a sort of centrality within Afro-Brazilian tradition. But nobody knew how well preserved the ruins were. I mean, they’re not even ruins. They’re not ruined. They’re there.”

The scale of the slave trade to Brazil is staggering, and dwarfs the “trade” to North America. During the era of slavery, it’s estimated that more Africans were landed in Rio alone than throughout all of North America.

The wharf where the slaves landed in Rio during the 19th century was recently unearthed and it’s fallen to Sara Zewde to design a memorial to the neighborhood’s tragic past.

Zewde is a landscape architect and designer, a 29 year old American, who was born into a family of immigrants from Ethiopia. “They always reminded me of the long-term history of our people,” says Zewde. “They always remind me of this glorious past, and glorious future. And so it’s in it that way that I’ve always approached architecture and working with different people.”

“Everyone has a glorious potential,” she says.

Zewde first came to Rio in 2011 on a grant to research Afro-Brazilian responses to the archaeological re-discovery of Valongo. But when community activists found out about Zewde’s specialty in landscape architecture and design, they asked her to help develop a memorial.  Zewde studied at MIT and Harvard and now works for Gustafson, Guthrie, Nichol in Seattle.

But that was not easy.

“The word memorial and its associated forms are really tied closely to the notion of an event,” she says. “You know, a war, a hero, a tragedy. Something outside of the norm. But the trans-Atlantic slave trade was not an event.”

It was the norm, she says, for 400 years. “Its effects are still present today. And so it’s not something we can preserve as a moment in time.” 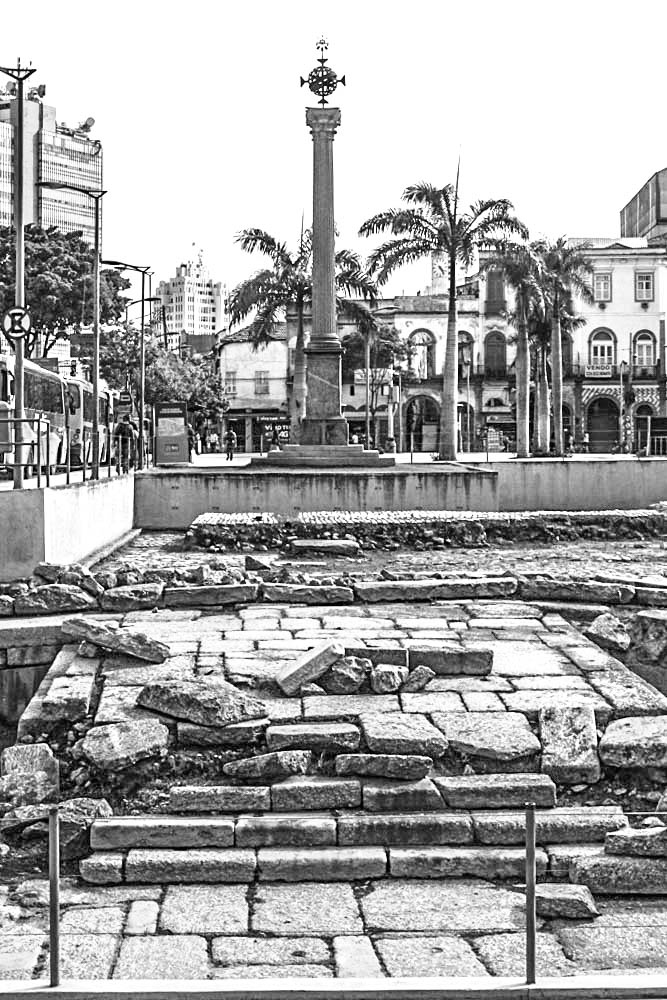 The Valongo was Rio's main slave market during the early 19th century. Credit: Brian Godfrey/CC by 2.0

So rather than create a discrete form, Zewde chose to create a space, a living space, “a toolkit for the entire neighborhood.”

That neighborhood encompasses the old stone jetty where the slaves first stepped into the New World; an open burial ground for those who didn’t survive the journey or died soon after arrival; the “warehouses” also known as “fattening pens” where newly arrived slaves were fed and cleaned prior to sale; and the various plazas where these men, women and children were bought and sold.

Zewde sees three elements tying the memory of those days with the community of today.

“One: a white ribbon form. In Afro-Brazilian belief, which comes largely from West Africa, when you mark something with white fabric it represents where the ancestors gather.  And they usually use that around Afro-Brazilian plant species that have a lot of spirit, a lot of energy. And so the second element is the plants that Afro-Brazilians brought from Africa. Trees and plants that offer shade, but also serve as a marker tying these sites to their history.”

“The third piece,” she adds, “is about the red tropical soils that bring together south-west Africa and Rio de Janeiro. So the third element is a red clay brick paver that again pieces together the disparate parts of this history and the neighbourhood, allowing the resident or the visitor to understand the extent of the industry in the neighbourhood.”

Landfill projects have meant the ocean is now a few blocks from Valongo Wharf.

Zewde has received some support from the mayor’s office and other officials. But there are competing pressures on the neighborhood. Commercial interests want more office and retail space. A Trump Tower opened here recently. The area is also earmarked for preparations for the 2016 Olympics in Rio. The memorial project is currently held up in a kind of political limbo.

She also has to overcome a reluctance in Brazil to confront its past.  After slavery was finally abolished in 1888, all official records of slavery and the slave trade were deliberately destroyed, to try to erase the memory. There are few historical markers and museums commemorating slavery. Relics of slavery, like Valongo, were literally paved over.

Afro-Brazilian activists are anxious they don’t get paved over again.