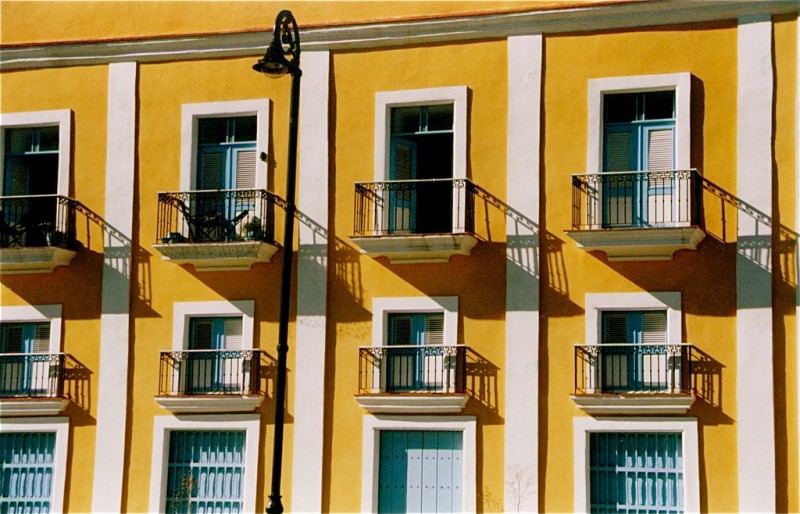 2015 marked one year since the disappearance of the students of Ayotzinapa in Mexico. In the same year, elections were held in Argentina, Venezuela and Guatemala, among others. The United States and Cuba restored full diplomatic relations, and Uruguayan writer Eduardo Galeano left us.

We shared these and other stories on Global Voices throughout the past 12 months. As 2016 approaches, let's review the year gone by.

We'll start with the students from Ayotzinapa, Mexico, a year after their disappearance on September 26, 2014. Our contributor Elizabeth shared some reflections on the tragedy, so that obscurity and impunity may not prevail this time. The missing students have yet to be found — the case remains a night that hasn't yet ended.

Since 375 days ago, September 26 came to mean forced disappearance. […]

Elaine Díaz told us how after 54 years, the flags of the US and Cuba fly once more over their respective embassies in each other's country. On August 14, US Secretary of State John Kerry chaired the event in Havana.

With the restoration of full diplomatic relations, we are witnessing a new era in Cuba. Although political differences persist, for the first time in my life there isn’t a specific enemy against whom we're expected to fight at all costs.

Renata Avila kept us updated on the Guatemalan “spring”, when hundreds of citizens took to the streets peacefully to to demand (and eventually achieve) the resignation of President Otto Pérez Molina. This came after news broke of a massive corruption ring in the presidency called “La Linea,” in which top officials cut deals with importers to evade customs duties. The scandal had earlier led to Vice President Roxana Baldetti's ouster.

Jimmy Morales, a former TV comedian, was then elected as the new president of Guatemala.

Eduardo Galeano, author of “The Open Veins of Latin America” and the “Memory of Fire” trilogy, passed away on April 13, 2015, at age 74. Andrea Arzaba reminded us of his legacy:

We chronicled the unusual handover of the presidency in Argentina, in which even the Twitter account of the presidential palace was threatened due to the differences between outgoing President Cristina Fernández de Kirchner and the new president Mauricio Macri, and we profiled Tamara Adrián, the first transgender deputy ever elected in Venezuela.

On the topic of freedom of expression, we closely followed the situation in Ecuador, from stories about Crudo Ecuador, the now-shuttered social media phenomenon that published humorous memes that displeased President Rafael Correa, to reports on how two citizens were sentenced to prison terms, one for clapping at a protest and another one for denouncing alleged nepotism within government.

From Venezuela, we explained how one or two tweets was all it took for seven individuals without criminal records or active political affiliations to end up behind bars for expressing themselves on Twitter.

We reported on the developments of equal marriage in Mexico and Chile. We also highlighted the efforts of a young Mexican man fighting transphobia, one video at the time.

2015 was the year of the Copa América, the continent's most important football tournament, but Gabriela García Calderón brought us the story of the first edition of a different cup — the Copa América of Indigenous Communities. With voices for and against, the alternative tournament kicked off on July 16 in Arica in northern Chile, with the cry of afafán, used by the Mapuches for war or celebration.

On social networks, the hilarious reactions of Mexicans to threats from militant group ISIS as well as the story of a unique Muslim community in Colombia were the most viewed.

Not everything was breaking news or new developments, but they moved us nonetheless.

Laura Vidal brought us the lighthearted story of an Ecuadorian YouTube blogger who explains to his viewers the advantages of being Latino while abroad.

Patricia Carolina Saucedo Añez addressed the topic of historic memory in the era of Web 2.0. And Yessika Gonzalez took us through the complex socio-economic and cultural elements present in the funerary rituals for criminals in Venezuela.