Is It Not Democracy If Voters in Rwanda Want a ‘Life President'? 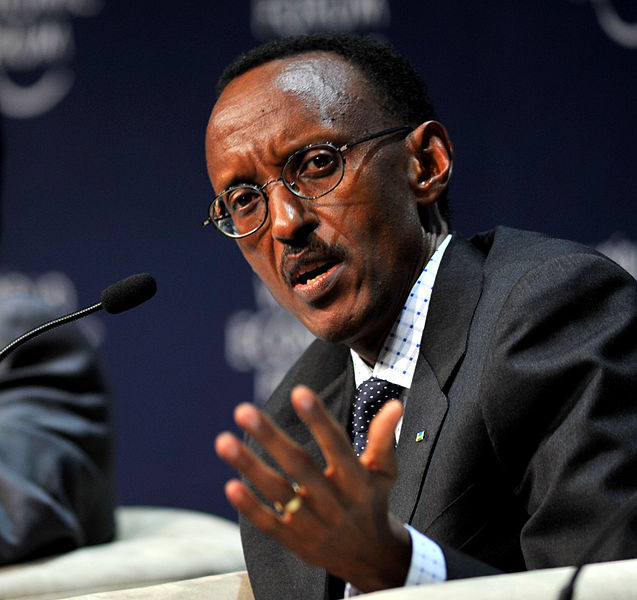 98% of Rwandans voted on December 18 to change their constitution to allow President Paul Kagama to run for a third term in 2017. Technically, the changes allow Kagame to stay in power until 2034. The constitution allows him to run for an additional seven-year term and then two-five year terms.

The referendum has been criticized by the opposition and human rights activists as well as international development partners such as the United States and the European Union.

There is an ongoing debate in many African countries about the third-term phenomenon, which has led to civil unrest and deaths in countries such as Burundi, the Democratic Republic of Congo and Burkina Faso. The Economic Community Of West African States (ECOWAS) meeting in May 2015 in Accra, Ghana, dropped the idea of a two-term limit on the presidency across the region, after The Gambia and Togo, the only member states without term limits, opposed the move.

Research based on surveys in 34 African countries by Afrobarometer, a project that measures public attitudes in Sub Saharan Africa, shows that most Africans support two-term limits on the presidency. There are 18 African countries that do not have presidential term limits.

Rwandan lawmakers said in August 2015 that a nationwide consultation showed that only 10 Rwandans were against the third term idea.

Rwandans and other global netizens following Rwandan politics are sharply divided over the referendum. Kagame supporters argue that a referendum was a democratic process that allowed Rwandan citizens to determine their own future. The opponents, however, claim that the process was rigged and rushed. They also note that Kagame is not the only person with leadership skills in the country.

‘Our choice, our dignity’

Reacting to condemnation from the West, Rwandan human rights lawyer Thierry Gatere said that western governments “rigged” their statements on the referendum. Addressing the criticism that voters were not given enough time to debate, he wrote:

As for the citizenry, the Rwandan people; they have been debating this question for the last four years or more. It is disingenuous, but unsurprising that all communiqués from western powers claimed that the electorate wasn’t given ample time to canvass a question that, by all measures and accounts was belabored, exhausted and ever-greened. I was disappointed to read statements from the United States government and the European Union, both alleging that Rwandans did not have ample time to debate their constitution.

He noted that the referendum was efficiently conducted and in record time:

Results were publicly counted and instantly shared on social media; so much so that we did the tallying ourselves, and called the results before they were officially announced.

This was an efficiently conducted election, zipped through in record time, with preliminary results announced the same night, and ended in celebrations all over the country:

African states are often criticised for rigging elections. However, what is less talked about is that Western statements on Africa, and on Rwanda in particular, are rigged even more

1/1 When Will #US stop interfering in other countries affairs? In 1994 US brought planes to take the #America-ns out…#RwandansDecide

The Rwandan genocide took place in 1994.

Information technology graduate student Alain Murara asked for respect from the US ambassador in Rwanda, Erica Barks-Ruggle, after she shared the White House statement about the referendum:

Twitter user Ali Naka showed that changing presidents does not result into development:

‘It is the Rwandanese people that experience Rwanda everyday’

It is the Rwandanese people that experience Rwanda everyday, not the New York Times. Their opinion is void! #RwandaReferendum

Elodie Shami called for a moment of silence for journalists who were waiting for bad news:

A moment of silence for those journalists who hoped for drama in Rwanda due to #referendum Sorry. No story for you. #RwandansDecide

Rwandans can decide to change their constitution as they wish, journalist James A. Munyaneza tweeted:

They wonder: In 2003 we adopted a new constitution,2day we've chosen to revise it as we wish,why shd anyone stand in our way #RwandansDecide

What would have been the reaction of most people voted no?, one user asked:

If #Rwandans had voted “No” during #RwandaReferendum ,some would have said that #Rwanda is an example of democracy! #RwOT #RwandansDecide

‘Of course it had to be a yes, Kagame wanted it!’

Not everyone was on board with the results. Public relations professional Geoffrey Maumo wished African leaders learned from Nelson Mandela:

After spending 27 years in jail during South Africa's Apartheid era, Mandela only served for one presidential term.

The account NYC Philosophizer mocked the use of ‘Yes’ and ‘No’ in the Rwandan political context:

After all, in #Rwanda Yes and NO means the same. NO = NO one but Kagame = 99% win. #RwandansDecide #RwandaReferendum https://t.co/oJcwrOc70p

Christine Nyabare believed that the outcome of the referendum was a foregone conclusion:

Of course it had to be a yes, Kagame wanted it! #RwandaReferendum

The referendum, according to blogger Dikembe, presented a situation when a solution is itself a problem:

Smith Kennedy, who managed Robert F. Kennedy Human Rights projects for Sub Saharan Africa, explained why he wouldn't be surprised by the outcome:

Wouldn't surprise me if 98% of Rwandans voted to allow #Kagame to run again. Many of his critics fled, are in jail or dead. #RwandansDecide

Finally, Australian voter Alexander Ellerston asked for the secret behind the 98% consensus:

Congratulations to the people of #Rwanda – 98% agreement! We find 55% difficult… what's your secret? #RwandaReferendum #RwandansDecide