Finding the Cultural Bridges of the Middle East in Literary Istanbul 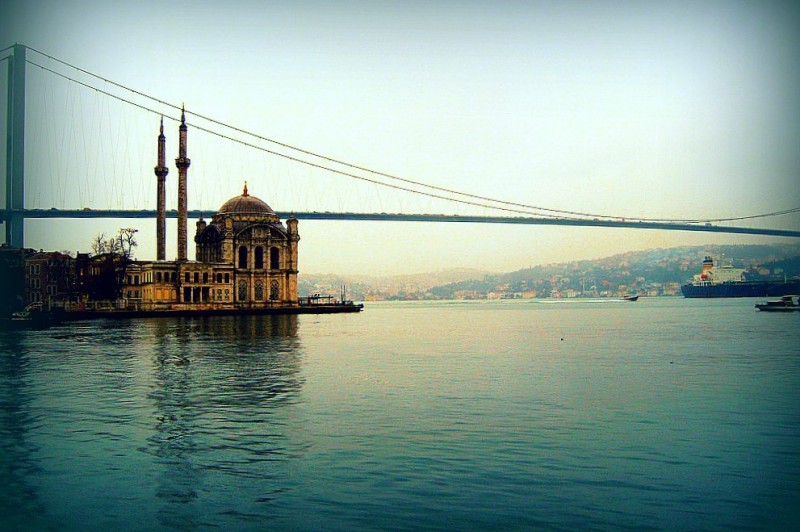 Istanbul is my favourite city. There is no other place quite like it. If you have a love for the history and an interest in the current affairs of the Islamicate world, it is not hard to see Istanbul as the center of your mental universe.

“Islamicate” was a term coined by the scholar Marshall Hodgson. He distinguished between phenomena that were “Islamic” (properly religious) and “Islamicate” which referred to the products of regions where Muslims were culturally dominant.

Istanbul was the capital of the grand, old and cosmopolitan Ottoman empire, and even today there is probably no single city in the world that rivals it in terms of accessibility to people of all nations. (There is, for instance, almost universal acceptance for the visa-on-arrival process at Turkish ports). People from all over the Muslim world come to Istanbul and are charmed by its diverse appeals, which range from medieval mosques to a lively bar and restaurant scene.

What better place, then, to probe a question that has occupied me for a long time: why is it that the literary universes of the Middle East and the broader Muslim world are not connected? Why do the literati of Tehran look ten times more toward Paris, New York or even Melbourne, than to Cairo, Istanbul or Casablanca?

“Istanbul was the capital of the grand, old and cosmopolitan Ottoman empire, and even today there is probably no single city in the world that rivals it in terms of accessibility to people of all nations.”

In addition to the perfect location, in Istanbul I had just the right interlocutors.

On one beautiful autumn Sunday, I met with Arslan Fasihi in Istanbul’s Taksim Square. Fasihi is one of Iran’s greatest wordsmiths, known primarily for his translations of the works of Nobel laureate Orhan Pamuk and bestselling writer Elif Shafak from Turkish into Persian. I came to know Fasihi as a young writer and translator when he was the chief editor of Qoqnoos, Iran’s premier publishing house (full disclosure: Qoqnoos has published five books of my own translations). I continue to consider him my Ostaad, Persian for literary master. 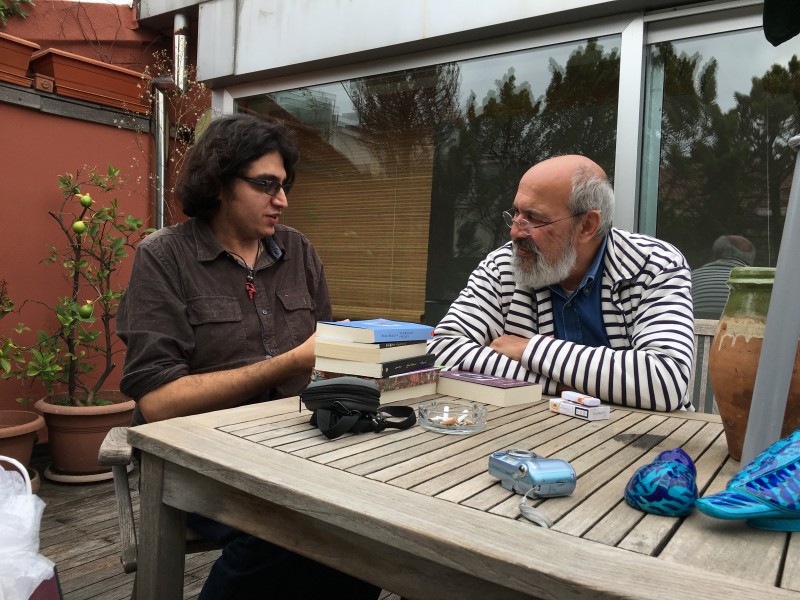 While deep in conversation about everything from the impending Turkish elections to the latest news and rumors of the Persian literary scene, we headed to Nişantaşı, a neighbourhood immortalized in Pamuk’s novel The Museum of Innocence. Fasihi intended to visit Pamuk, an old friend of his, but was visibly more excited about meeting Enis Batur for the first time. Fasihi’s Persian translation of Batur’s experimental novel, Bitter Knowledge, had been just been published, and I don’t remember the last time my ostaad was so excited about a book. “I have read it six times and enjoyed it every time,” he told me.

We were welcomed by the affable Enis Batur in his beautiful, book-lined apartment on the fourth floor of a Nişantaşı building. We sat outside in the balcony and the conversation flowed. The above-mentioned questions didn’t need to be mentioned, as they were already in the air. Here we were, writers from the Middle East, talking about the state of our craft (me a mere novice next to the two masters, of course!).

Fittingly, no European language was present in this discussion. Batur and Fasihi spoke in beautiful, elegant Turkish and I struggled to follow, with Mr Fasihi kindly and patiently translating into Persian for me. As the air became infused with the sounds of Turkish and Persian surrounded the air, I couldn’t help but notice many of the words we have in common.

Batur is an eminent poet and we questioned him about Turkish poetry, whose Ottoman past owes much to a Persianate heritage. Speaking of Yahya Kamal and Ahmad Hashem, the poets that heralded the arrival of modern Turkish poetry in the 1910s, Batur said: “They knew both Western modern poetry and traditional Ottoman poetry very well. That’s how they could create a synthesis out of the two.” 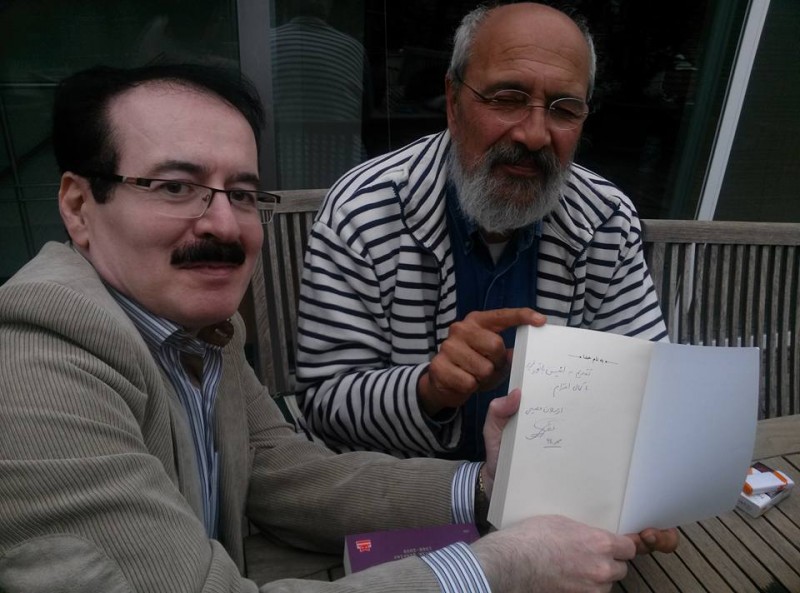 As the modernizing continued and the Ottoman empire lost much of its Middle Eastern territory and was replaced with the Turkish Republic, Turkish poets, now writing in a Latinized alphabet, lost the connection with their past.

“The Divan poets of the Ottoman period could write poetry in three languages—Turkish, Arabic and Persian,” Batur said. “The Turkish poet today can’t even read poems in Arabic or Persian. This is naturally an important change. We even experienced a deep poetic rupture with the Turkic republics [of Central Asia].”

The conversation turns to the evident “rupture” between the literary universes of Iran, Turkey and the Arab world. In each of these regions, Western and even Latin American literature is much better known than the works of our own region. The common ignorance of Iranian and Turkish literati of the literary products of the Arab world is a case in point. Although Iran has been an “Islamic Republic” for almost 37 years, translations from Arabic, the language of Islam, constitute only 2 percent of the books published in Iran. Iran and Turkey, too, are mostly ignorant of each other’s literary products.

Batur laments this lack of connection. “Turkey and Iran are neighbours. Now, sometimes they have differences and sometimes they are friends. But there is no doubt as to the huge influence of the Persian culture on Ottoman culture,” he says. “But what do we know about modern Persian literature now? We have heard of Sadeq Hedayat and Foroogh Farokhzad and a couple other figures. But modern Persian literature is wholly alien to us”.

“The conversation turns to the evident “rupture” between the literary universes of Iran, Turkey and the Arab world. In each of these regions, Western and even Latin American literature is much better known than the works of our own region. The common ignorance of Iranian and Turkish literati of the literary products of the Arab world is a case in point.”

Even Hedayat, he continues, is only known in Turkish because he has been widely translated into French and German. “He is known more as a European writer than an Iranian one,” he explains.

Ironically, the same is true of Turkish novels by the likes of Elif Shafak, which have recently become recent best-sellers in Iran, though only after they first made their name in English.

People like Arslan Fasihi are helping to mend this rupture. Like millions of Iranians of Turkic descent, Fasihi’s mother tongue is not Persian but Azerbaijani, a Turkic language that is called “Turkish” in the Iranian context (the Turkish spoken in Turkey is distinguished as “Istanbulu Turkish”).

Fasihi did his undergraduate studies in Turkey and has many links with the Turkish literati. Right after our meeting, he was heading to Cesme in Aegean Turkey, to present a paper at a conference of Turkish studies. People like Fasihi follow Turkish literary trends and don’t need Western translations in order to render a work into Persian. This is why Batur’s “Bitter Knowledge” was released in Persian translation before becoming available in English. Fasihi also introduced Pamuk to Persian-speaking audiences before he won the Nobel and gained wide international fame.

Wordsmiths like Fasihi with deep connections across the region are rare, but they do exist. Another example is, Ghassan Hamdan. Born in Baghdad and raised in Iran, he currently lives in the Iraqi capital and publishes his Arabic translations of Persian novels in Cairo, the hub of Arab literature. Hamdan is an enthusiast of both Persian and Arabic cultures and works tirelessly to build bridges between the two. He has translated Arabic novels to Persian and vice versa.

When the discussion—inevitably—turned to politics and Turkey’s future, Batur was pessimistic. He voted for the leftist HDP in the recent Turkish elections but saw no possibility for a change in Erdogan’s Islamist government. He sees the turbulence in the region as so dangerous that he fears they could lead to a third world war. He laments the commercialization of literature, art and philosophy in the last few decades.

Yet in the abyss of hopelessness I believe there is still reason to be hopeful about the future of the Middle East. At the moment it is usually the catastrophes that remind us of our regional commonalities. In almost every conflict in the Middle East, the proxies of Tehran, Ankara, Riyadh and Doha face off against each other. The government of Assad’s Syrian Arab Republic has many Persian-speaking Iranian and Afghan militias on its side, while the same forces bolster Hezbollah in Lebanon, Houthis in Yemen and government forces in Iraq. Turkey gives support to several unsavory jihadist groups in Syria and is also home to many exiled leaders of Egypt’s Muslim Brotherhood. Turkic-speaking populations of Mesopotamia and Levant also look to Ankara for leadership.

Unlike the transnational links of the past that were coloured with cosmopolitanism and progressive and socialist politics, these are dark and reactionary connections based on sectarianism. But citizens of no country in the region can now claim indifference to their surrounding lands. If dictators and generals and terrorists organize themselves across borders and language barriers, why not we the people?

It is here that a historic task faces our literati and media workers: to build cosmopolitan bridges across the region. Far from being a simple matter of exchange of news and literature, this is also a huge epistemological challenge. Rising to it would be impossible without countering the twin evils of Islamist Salafism and fundamentalism and what the late Iranian author, Jalal Ale Ahmad, once called Gharbzadegi (or Westoxification), a naive imitation of everything Western.

We have to unearth and re-discover the history of the shared universe we once inhabited, from Sarajevo to Peshawar, from Samarkand to Khartoum. We have to develop scholarship and literature rooted in the realities of our region and built on the transnational exchanges between our lands.

Such a project seems formidably immense. But Istanbul is certainly a good place to start.