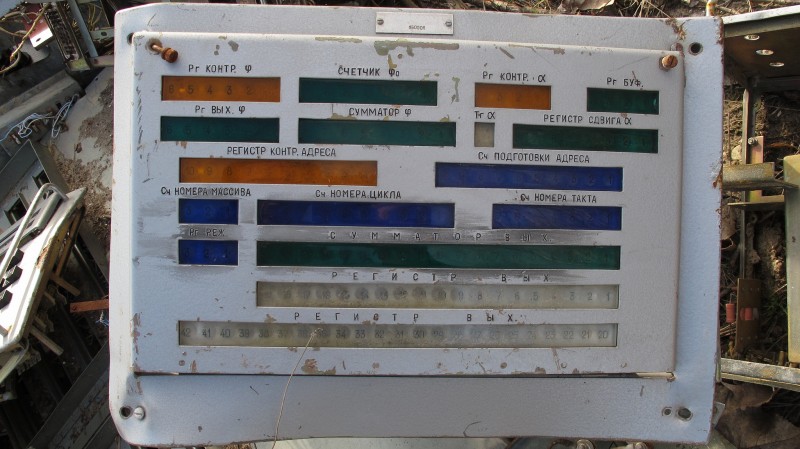 At first glance, speaking about a “Soviet Internet” seems paradoxical and anachronistic. Yet, such a thing did actually exist. This is why a top level “.su” domain (for Soviet Union) still remains on the domain market today, despite ICANN’s requests to delete it.

Scholars of the Soviet Internet generally agree that its development began with the rise of Gorbatchev’s Perestroika and Glasnost. Thanks to these reforms, the first Soviet Internet provider was founded in 1987-1988. And in 1991, there were already a few hundred users connected to the Unix network in the USSR.

But the very first connection of a Soviet citizen to a worldwide computer network occurred much earlier, in 1982. Understandably, this came as a surprise to the network’s users, as most of them at that point were American or European.

In 1982, the Soviet Union was still far from Perestroika’s economical and political openness. Leonid Brezhnev was still alive and the Soviet Army was still bogged down in Afghanistan. Moreover, the Soviet Union overall remained a closed country: travel abroad was strongly regulated, and some people took big risks to pass forbidden manuscripts to the West (the so-called samizdat). At the same time, internal repressions were also underway: the famous dissident Andrei Sakharov remained under house arrest in the city of Gorky.

In the Western world, on the other hand, computer networks were already gaining popularity as tools for circulating information freely. The TCP/IP protocol, which remains one of the pillars of the contemporary Internet, was implemented in 1982 on United States servers, while an important part of the French population had access to the Minitel, an ancestor of today’s World Wide Web.

One morning in the spring of 1982, Anatoly Klyosov reported to the USSR Research and Science Institute of Applied Automated Systems (VNIIPAS) in Moscow. The 35-year-old biochemist had a very singular mission: he was supposed to participate in what Western scholars called a “meeting.” In this case, “meetings” were a new form of international scientific dialogue based on the exchange of messages via computer. Even though this predecessor of chats and mailing lists had been used for some years in the West, this was the very first time a Soviet citizen had the opportunity to take part in such an experience. Back then, the USSR had only one computer connected to the outside world by a modem. This singular device was located at the offices of the VNIIPAS, right next to the Kremlin.

It all started a few weeks earlier, when Dzheremen Gvishiani, vice president of the Science & Technology Committee of the Council of Ministers of the USSR, summoned Klyosov without giving him any clue about the nature of their meeting. The old academician, obviously unfamiliar with the subject, talked about a “computer conference,” and referred to an order from above stipulating that the Soviet Union had to take part in the exchange as a matter of prestige.

Klyosov was chosen to represent his country because of his specialty, which was consistent with the theme of the next conference, devoted to biology. For all intents and purposes, he was the ideal candidate. But only in appearance: Klyosov was in fact a “nevyezdnoy”—a citizen who was not allowed to leave the Soviet territory for “security reasons.” After Klyosov had spent two years as a visiting scholar at Harvard University in the US, the Soviet authorities suspected him of pro-American sympathies and had thus withdrawn his foreign passport. This incident had seriously restrained Klyosov’s academic career.

At first glance, it seems paradoxical that the Academy of Science would choose this man to represent the Soviet Union at an international conference, albeit an online one. In the case of a traditional conference, the KGB would have never allowed a “nevyezdnoy” scholar to travel abroad. In fact, this “error” shows us that at the time no one, either in the academy or in the Soviet security apparatus, had truly grasped what “online conference” really meant. For them, Klyosov remained physically on Soviet territory, and that was all that mattered. The fact that the conference server was located at the University of Stockholm, and that “wiretapping” the conversation was impossible because of the novelty of the experience, was ignored by the KGB. After all, for them, it was only a lecture in biochemistry, and the subject was absolutely not a sensitive one.

The terminal used by Klyosov to join the conference was a Soviet ES-EVM computer (designed from blueprints stolen from IBM). It was connected to the only modem supposed to officially exist in all of the USSR: an antediluvian 360 baud/s device. In comparison, this device had a capacity 22 times less than the old 56k modems that were widely used in the early 2000s: the text display rate on the 360 baud/s modem was of one letter per second.
This precious modem was protected by a security presence so impressive that Klyosov later wrote he had not seen such since his childhood, when he lived with his parents on the Kapustin Yar missile test polygon under Stalin. 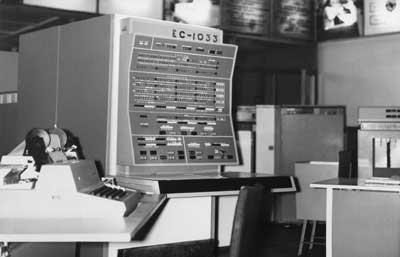 An EVM ES-1033 computer with control panel. These were developed in the USSR in the 1970s-1980s. Image courtesy of computer-museum.ru.

Surrounded by many soldiers, the computer room itself was empty. So when Klyosov logged in for the first time, he was alone when these words appeared on the screen: “You are connected to the University of Stockholm server. Welcome.”

Once logged in, Klyosov was free to talk and exchange any information he wanted, without any state control. Neither the fact that the computer room was surrounded by military guards, nor the fact that Klyosov was forbidden from going abroad had any influence. We can imagine how the situation created by this single connected Soviet computer and its only user might seem paradoxical. Just remember that the Soviet Union in the early 1980s remained a heavily cloistered state, with the authorities attempting at all costs to stop the transfer to the West of any kind of “dissident” cultural products (samizdat publications among them). In such a context, Klyosov’s case was truly exceptional.

The feeling of singularity only increased as Klyosov understood that his use of the computer was not limited in time or in words. Very quickly, while holding discussions in real-time with his Western colleagues, the academic learned to access other “chat rooms” that had nothing to do with the original object of his mission. In addition, the director of the VNIIPAS research facility also became sympathetic to Klyosov’s presence, as he understood that it was important for the Institute to have someone regularly online to engage with the international scholarly community. Klyosov soon gained permanent access to the computer and, for several years, remained the only person using it. Until 1986, he went almost daily to VNIIPAS to legally practice a strictly forbidden activity: discussing all manner of things with Western academics without any control or censorship.

During almost four years, Klyosov learned to use the various Internet protocols that were emerging at the time, and had all kinds of virtual meetings. These were facilitated by the general astonishment provoked by the presence of a Soviet citizen online. For example, he met an American astronaut who wanted to do business in the Soviet Union, or a doctoral student from Stockholm University who invited him to come to the sauna with her. Throughout, his contacts kept him informed of current world events, especially those that went unreported by Soviet newspapers. That was how his Swedish contacts told him about the famous U-137 incident, once known as the “Whisky on the rocks” incident. A Soviet submarine ran aground close to the Swedish military base of Karlskrona, triggering one of the most dangerous crises of the Cold War. While the case made headlines of Western newspapers, not a word filtered into the USSR at the time. 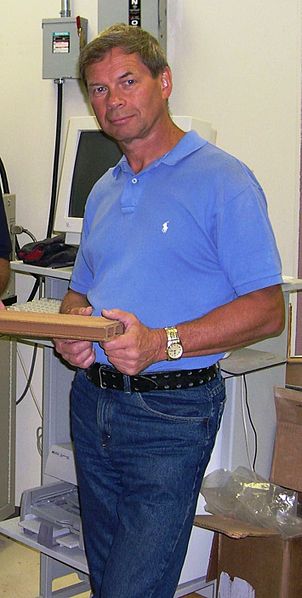 Klyosov also successfully used the connected computer to bypass state censorship and publish his research papers abroad. Normally, a Soviet researcher willing to do so had to go through the Glavlit, a censorship authority that mercilessly edited or blocked thousands of papers and books for ideological or state security reasons. Back then, an academic had to brave great risks to illegally bring non-authorized manuscripts outside the Soviet territory. Meanwhile, Klyosov, enabled by his Internet connections, just had to send an e-mail.

The adventure of the man who dug a digital tunnel above the Iron Curtain ended in 1987. With the rise to power of Mikhail Gorbachev, the prohibition of travel abroad was lifted for many people, including Klyosov. He then traveled to the US, where he bought an IBM computer that he brought back to the USSR, connecting it to the Internet with the modem he had used for many years at VNIIPAS. The Institute’s director had in fact offered him the device as a sign of friendship. So in 1987, along with a few dozen other Soviet citizens, Klyosov now had access to the outside world from home. 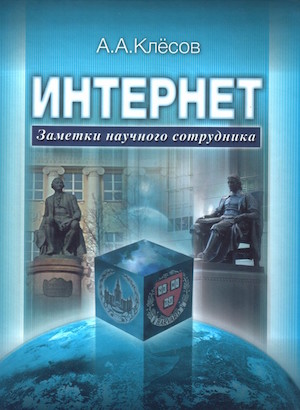 Klyosov's memoir, “The Internet. (Notes of a Scientist),” published in 2010. Image from koob.ru.

Later, Klyosov moved to the US where he still resides today. He recently decided to relate his adventures in an excellent book, unfortunately available only in Russian. The memoir describes the fear he felt every day, and the feeling of having access to a unique source of information through a non-controlled communication device.

Klyosov was extremely lucky: the Soviet Internet pioneer never got any trouble from the KGB. Which, in a political system based on control of the individual, was likely indicative of a severe lack of adaptation of the regime and its security agencies to the pace of technological change. That rigidity was what allowed people like Klyosov to engage with the world at large and to broaden their horizons—just by using a computer connected to the Internet.