‘Nobody Knows Their Story': A Bhutanese-American Psychologist Gives Her Refugee People a Voice 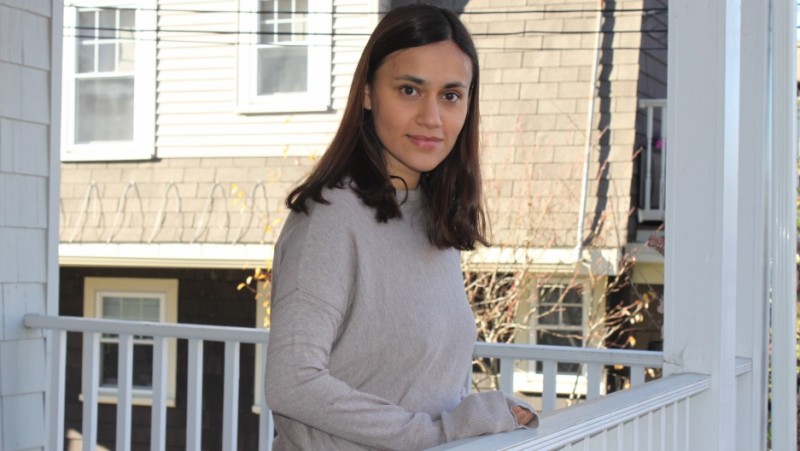 This article by Jeb Sharp for The World originally appeared on PRI.org on December 23, 2015, and is republished here as part of a content-sharing agreement.

Luna Acharya Mulder had a very unusual childhood. She came to the US from Bhutan in 1987, when she was 5. Her father, Tilchand Acharya, had taken a job at the United Nations, in New York. When they returned to Bhutan for a visit a couple of years later, their country was in turmoil.

“I didn't fully understand it from a child's point of view,” she tells me in an interview at her home outside Boston. “Stories about how they had destroyed homes and put schools on fire and a lot of people were being imprisoned.”

Bhutan had begun a violent campaign against its ethnic Nepali population. Over the next few years, the government drove more than 100,000 of its own citizens out of the country, including Mulder's entire extended family. She remembers being far away in New York and her parents explaining that her grandparents and aunts and uncles and cousins were no longer in Bhutan, but in refugee camps in Nepal. Which meant she and her immediate family were effectively living in exile.

“We had a framed picture of the former King of Bhutan in our living room,” she says. “I distinctly remember my Mom and Dad taking it down and burning it in the kitchen.”

The next time they went “home,” they didn't go to Bhutan; they went to the refugee camps in eastern Nepal. They found their family members living in terrible conditions.

“It was very dirty, very hot, no electricity, no running water, very crowded,” Mulder says. “It was just chaos, because nobody knew what was going to happen, where they were going to end up, if they were going to go back to Bhutan. And Nepal, which is an impoverished nation itself, was not at all welcoming to the Bhutanese refugees, so they continued to feel discriminated against.”

It was the first of many visits to the Timai and Beldanghi camps. Mulder and her sisters spent their childhoods growing up American in New York, but visiting their Bhutanese cousins every summer in Nepal. The cousins were fascinated by America.

“They would ask questions about America,” she says. “What was America like? They just couldn't imagine what our lives were like in New York. They had never even seen television for example, or eaten a slice of pizza, or eaten a piece of candy. They only had one article of clothing per year.”

Mulder says she and her sisters took little backpacks for the summer with a few skirts and T-shirts each. Her cousins couldn't fathom how they could wear all those clothes. “Why do you need so much for one person?” they would ask. 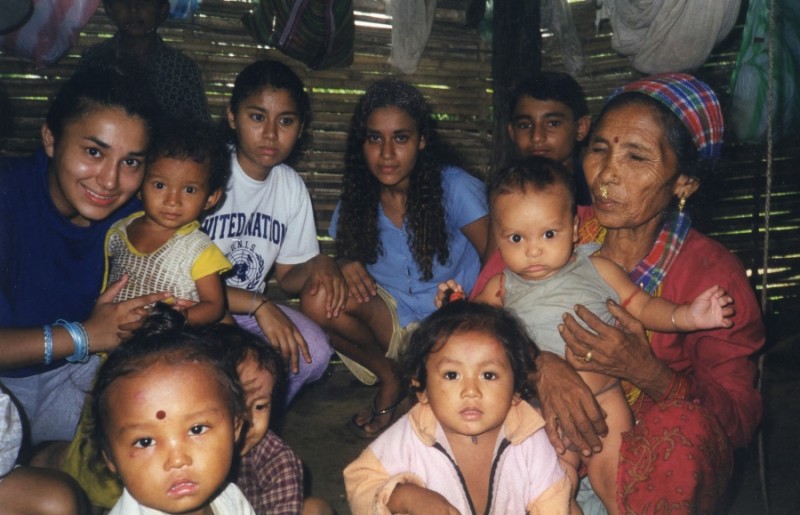 At the end of each summer, when Mulder and her family returned to New York, their two-bedroom apartment felt like a mansion. She laughs at the memory.

“To be able to turn a switch and the light would come on, so we didn't have to sit in the dark, or to be able to go to the bathroom and flush a toilet and that was it! We didn't have to go outside and go to the bathroom in very unsanitary conditions. Everything felt very simple and easy. As a child growing up like that, you grew up feeling very lucky, and just appreciating everything you have.”

Mulder remembers how the camps evolved as the years went by. Schools and shops sprang up. Her aunt ran one that sold pastries. But even as people strived for normalcy, there was always a sense of uncertainty about the future.

“I remember my aunt saying, ‘I don't know what's going to happen to us. Is this it? This is how we're going to live for the rest of our lives? Our kids have been born and raised here now and you know are we going back to Bhutan or are we going somewhere else or are we just going to be like this forever?'”

Looking back, Mulder knows she was given a unique window on something she might not otherwise understand. Moving between the two worlds cultivated a deep empathy, and led to a fascination with culture, people, and behavior. She ended up studying psychology and pursuing a Ph.D.

“I just found the field of psychology fascinating,” she says. “Imagine somebody being able to actually help a child that is struggling within a family, or a family that was struggling to communicate with each other, or if there were mental health issues going on because of conflict, or things that have happened in the past. For somebody to actually be able to come in and do something about it, so the family didn't have to suffer in silence; it was just something I always felt drawn to and gravitated towards.”

For her dissertation, she interviewed women torture survivors in the camps in Nepal, trying to understand how the trauma they had suffered had affected them.

Then, in 2006, her life began to come full circle, as the United States agreed to resettle 60,000 of the Bhutanese refugees living in Nepal. They began arriving in 2008, some of them in Massachusetts. Mulder, who now works as a psychologist in Boston, began consulting on cases involving their mental health.

“Generally speaking in Bhutanese culture, there is no mental health,” she explains. “There are no words even, in the language, that describe words like depression, or PTSD, or anxiety. It's very unsual to even talk about problems or struggles with someone outside the family. It's unheard of.”

Mulder was uniquely positioned to help, with her intimate knowledge of the language, the culture and the population.

“I feel like I have a lot of different ways of seeing things, and understanding things. I can put myself in many different shoes, and put lots of different hats on, depending on the situation, and kind of see what the issues might be.”

She has been able to help American clinicians size up what is happening within a Bhutanese family. She can explain that Bhutanese tend to be polite and may assent to things they don't actually understand. She can help translate how their collective culture works in contrast to America's intensely individualistic one.

She knows elders are incredibly respected back home, and can feel lost arriving in a new place, dependent on their children for translation. She can see how teenagers are caught between their new American identities and their heritage. And she can help try to avert misunderstandings over practices like corporal punishment, common back home, but a red flag here in the US.

“You know a parent might hit a kid at home for not listening or doing what they're told,” she says. “They're setting limits, so they spank or they hit, and the child will go to school, and maybe the teacher will see something, and the kid will say, ‘Oh, my mom hit me,’ not even thinking anything of it, and then social services comes to the house and takes the children away and the parents have no idea what's going on. They barely speak any English. This is very common, and so sad and heartbreaking.”

Situations like these can be avoided, Mulder says, with better education and orientation for newcomers arriving in America. In recent years, she's seen her own Bhutanese relatives leave the camps in Nepal and resettle all over the US. She's been amazed at how successful they've become, in a very short time.

“The majority of them have jobs; they're finishing up school; some have homes and cars; they've learned to drive; they work 80 or 90 hours a week. They're just very happy, hardworking, optimistic people. Having said that, there are people who struggle. It's such a culture shock. They've been refugees they're whole lives. They've been discriminated against their whole lives.”

In her view, one of the best and simplest things Americans can do to welcome new arrivals is simply get to know their stories.

“Bhutanese refugees in particular,” she says. “They've never had a voice. Nobody knows their story.”

Luna Acharya Mulder knows their story though. She's been listening her whole life.