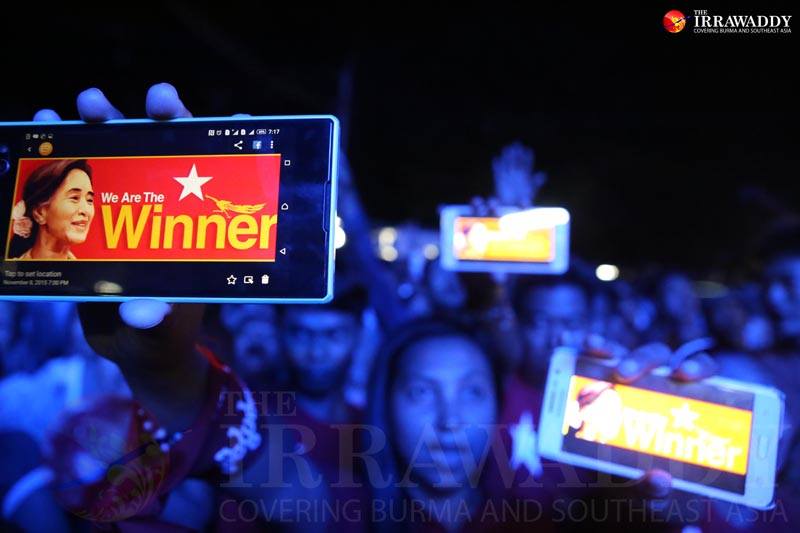 Supporters of the opposition National League for Democracy celebrate the party’s historic election win on Nov. 8, 2015. Photo by J Paing / The Irrawaddy

This is an edited version of an article from The Irrawaddy, an independent news website in Myanmar, and is republished on Global Voices as part of a content-sharing agreement.

Nationwide floods, continuing ethnic conflict and a landslide election victory for the opposition National League for Democracy. This is The Irrawaddy’s photographic retrospective of a momentous year in Myanmar’s history.

1. Student protests against the National Education Law. Activists warned that the law will strengthen junta rule in the country. 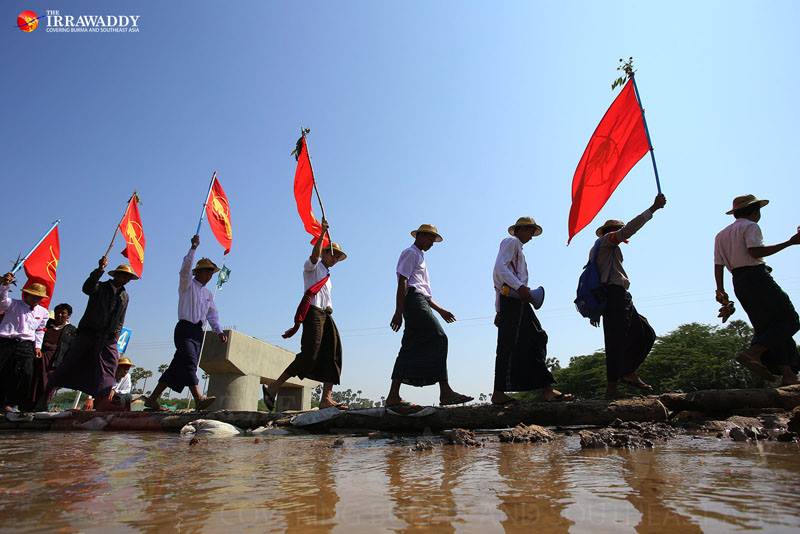 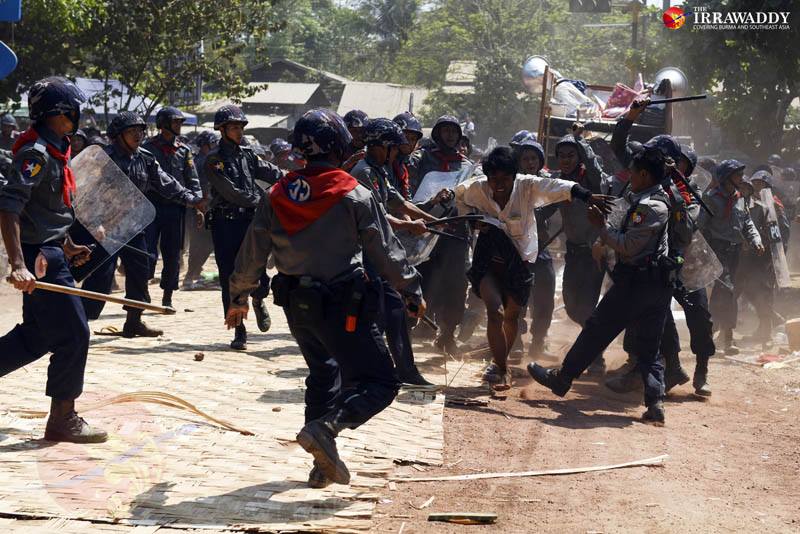 2. Continuing ethnic conflict despite the holding of peace talks and the signing of a ceasefire agreement. Myanmar's civil war has been raging on for several decades already. The conflict has displaced thousands of residents across the country. 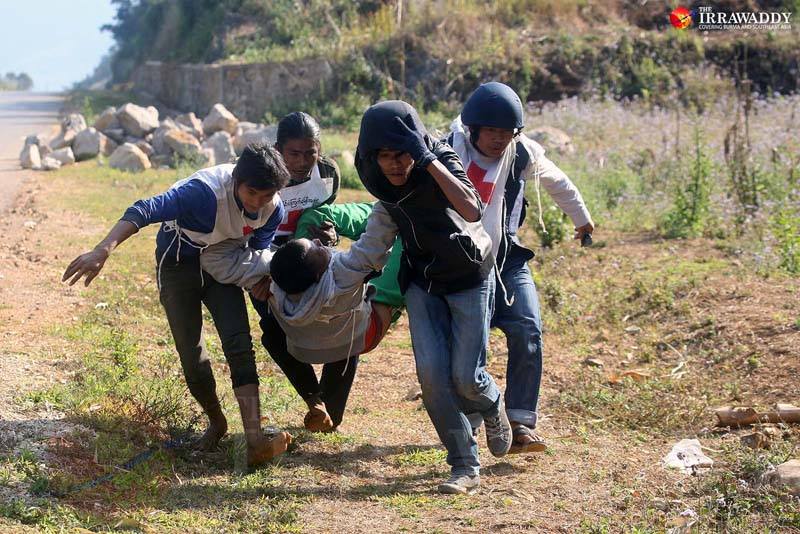 Red Cross worker Moe Kyaw Thein, who was injured in crossfire on the road between Laukkai and Chin Shwe Haw in the Kokang region, is carried to safety on Feb. 17, 2015. An ethnic civil war has been raging for several decades in Myanmar. Photo by J Paing / The Irrawaddy 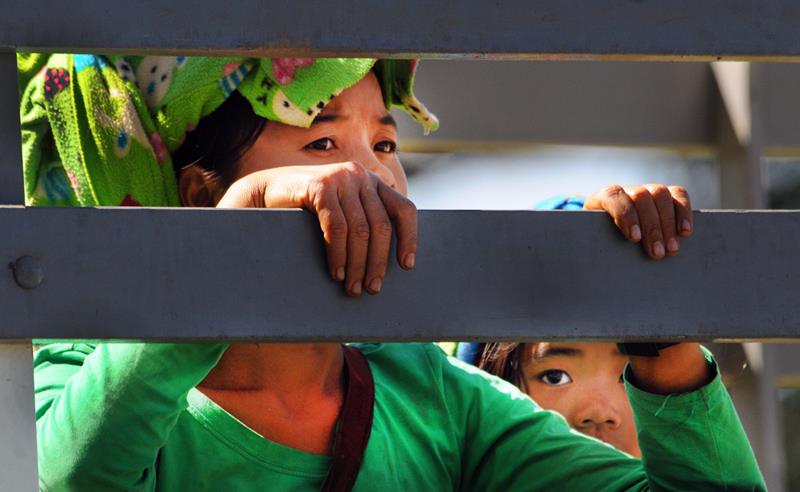 Women displaced by the Myanmar Army’s ongoing offensive against Kachin and Shan ethnic armed groups, who refused to sign the government’s ceasefire accord, Oct. 15, 2015. Photo by Steve Tickner / The Irrawaddy

3. Floods and natural disasters. Flood victims complained about the slow arrival of aid from the government last August. 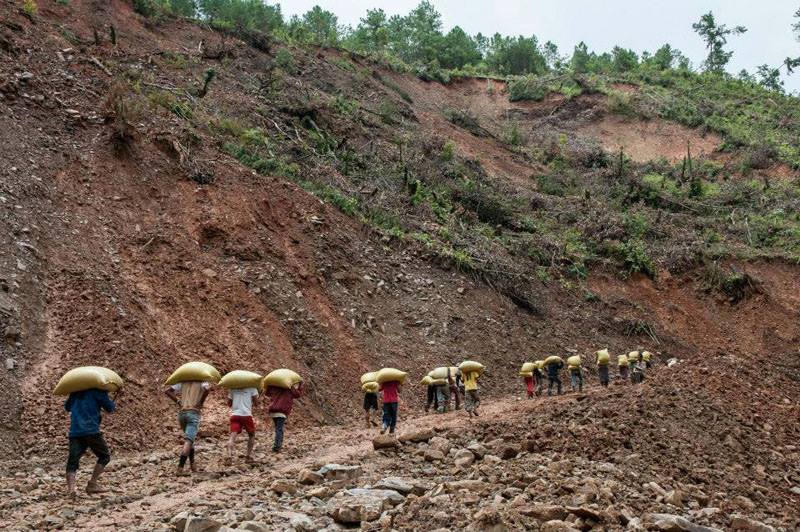 Locals carry relief supplies on the Gangaw-Hakha road near Chin State’s Lan Thoke village on Aug. 28, 2015 after heavy flooding and landslides across the state. Photo by Sai Zaw / The Irrawaddy 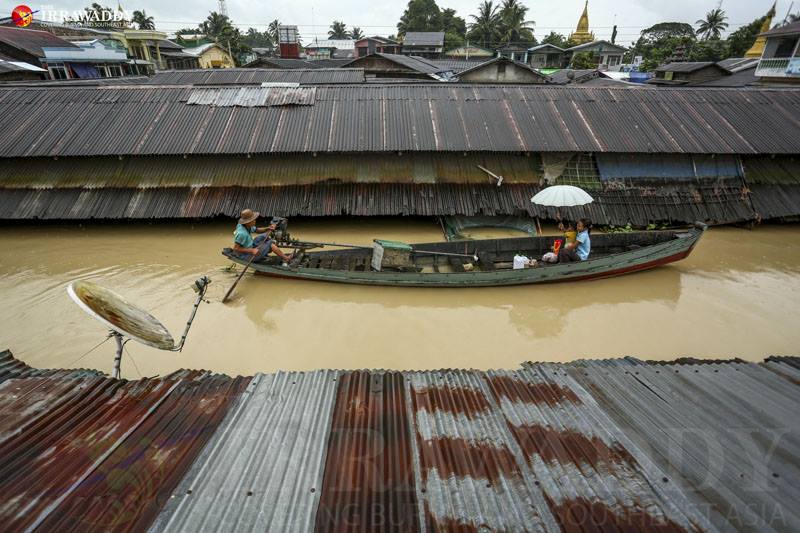 4. Signing of Race and Religion Laws. Myanmar, which has a Buddhist-majority population, signed four laws aimed at protecting the country's culture and way of life. But critics asserted that the laws discriminate against Muslims and other minority groups. 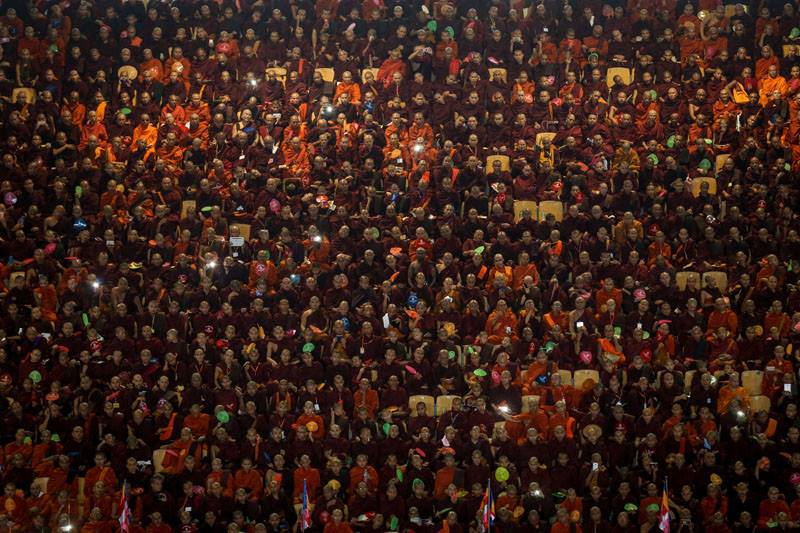 5. Victory of the National League for Democracy in the General Election. The opposition secured a landslide victory against the military-backed party. Interestingly, a tenth of the winners were former political prisoners, including NLD leader and Nobel Laureate Aung San Suu Kyi. 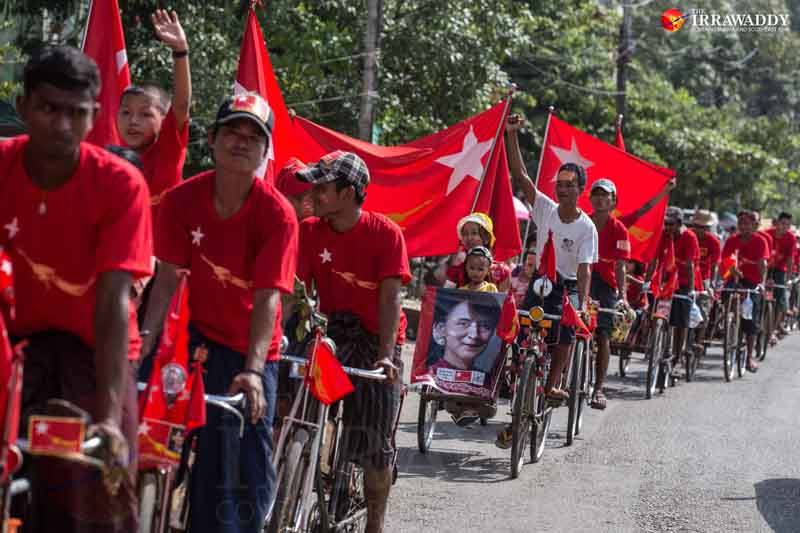 Trishaw drivers campaign for the NLD in Yangon’s Mingalar Taung Nyunt in Rangoon on Sept. 27, 2015. Photo by J Paing / The Irrawaddy 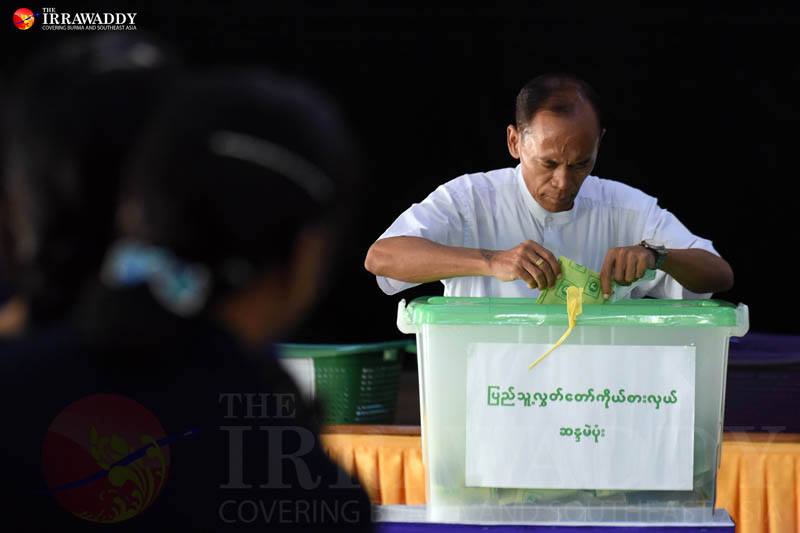 A civil servant casts a ballot at a polling station in Naypyidaw’s Zabuthiri Township during the Nov. 8, 2015 election. Photo by J Paing / The Irrawaddy 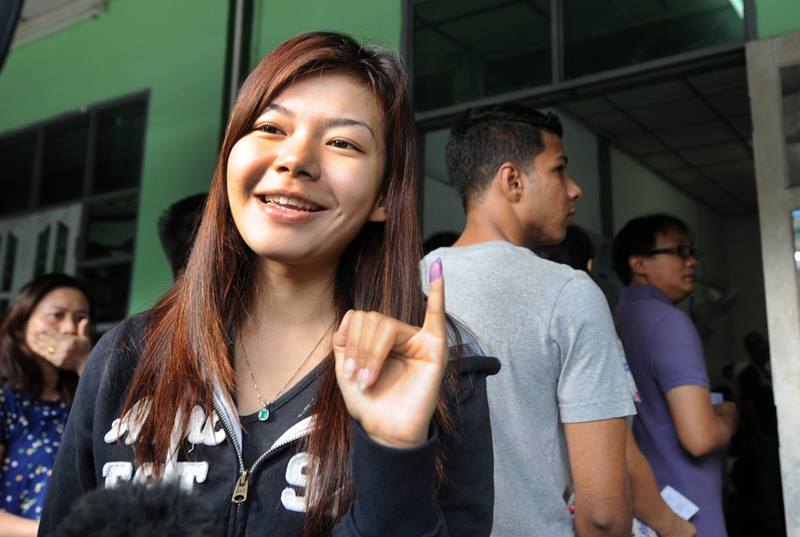 A woman displays her ink-stained finger after voting in the 2015 election at Rangoon’s Bahan Township, Nov. 8, 2015. Photo by Steve Tickner / The Irrawaddy

6. Historic meeting between military leaders and Aung San Suu Kyi. Many are hoping the meeting will lead to a peaceful transition of power in the country. 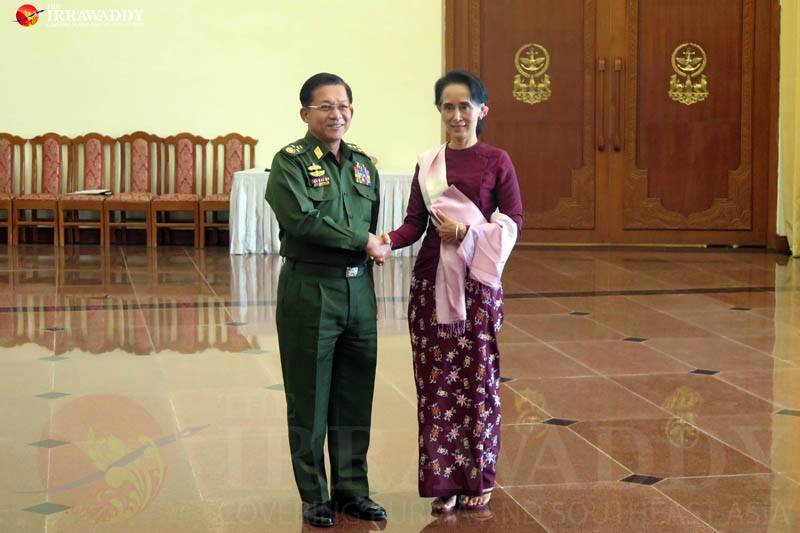