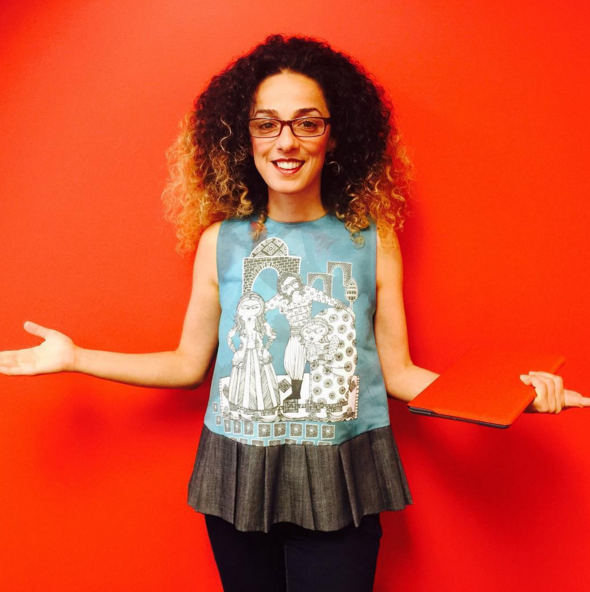 Masih Alinejad, an Iranian journalist now based in New York, is the creator behind the Facebook page that has come to be described as a new social movement for women's rights in Iran. The page is called “My Stealthy Freedom” and features Iranian women shedding their headscarves in public in Iran in protest against the country's mandatory hijab laws. The public clothing framework enforcing hijab under Islamic codes have been part of Iran's laws since the 1979 Islamic Revolution.

When she approached the Iranian ambassador, he refused to shake hands or to look her in the eyes. To this, Alinejad posted a reflection on being invited as an exiled dissident Iranian journalist to the same party as the authorities of the Islamic Republic.

In the post, Alinejad posed with the host of the holiday party, the Finnish ambassador, and reflected in the caption with the following:

The Finnish ambassador to the United Nations and his partner invited me to a end-of-the-year party at their home. My husband and I attended and as soon as we entered I spotted Khoshroo, the Iranian ambassador, and his spouse. His wife was wearing a hijab and a very fashionable dress. When I saw my fellow countrymen in the midst of all these diplomats from various countries, I was thrilled. I approached them and extended my hand, his wife (whose name I don't know) shook my hand with warmth and a smile. I then extended my hand towards Mr. Khoshroo and said, ‘You probably will not shake my hand’. He replied, ‘No, I won't’. I smiled and said it was not important, wherever I see an Iranian I am always thrilled so I just wanted to say hello. Mr. Ambassador only looked to the floor without making eye contact and did not even speak a word and never smiled, but his wife was full of smiles and warmth. I said to myself, look at what troubles these political differences have brought upon us. They left the party very early and again with my persistence to interact, I told them, ‘Send my regards!’ I didn't hear a response. Maybe Mr. Ambassador knew that my regards would be of no use to anyone. To who would he send my regards? Rouhani and Zarif or the hardliners who wish people like me never existed? Or to my mother and father who think the world of infidels is one of arrogance and bad faith. They do not know that I am living in that infidel world while attending the same parties that the Islamic Republic's own authorities are being invited to. Apparently it is OK for them, but for me it is a sin. If they go to these parties, they are being nationalists, but if we go we are betraying our nation? The Finnish ambassador and his wife asked if I had seen the Iranian ambassador. I told them I saw them, but they did not want to see me. They told me they are likely concerned about the extremists, or those hardliners back home. The Finnish ambassador and his wife also knew about the “My Stealthy Freedom Campaign” and they congratulated me and knew that 60% of the university students in Iran were female. To them I said Iran will one day shine in a way that the Iranian ambassador will greet Iranian women and journalists without fear and with pride, even where differences in politics exists, he will shake hands and not mind to be in the same photo as us without worry or fear.