Is Christmas Really Banned in Brunei? 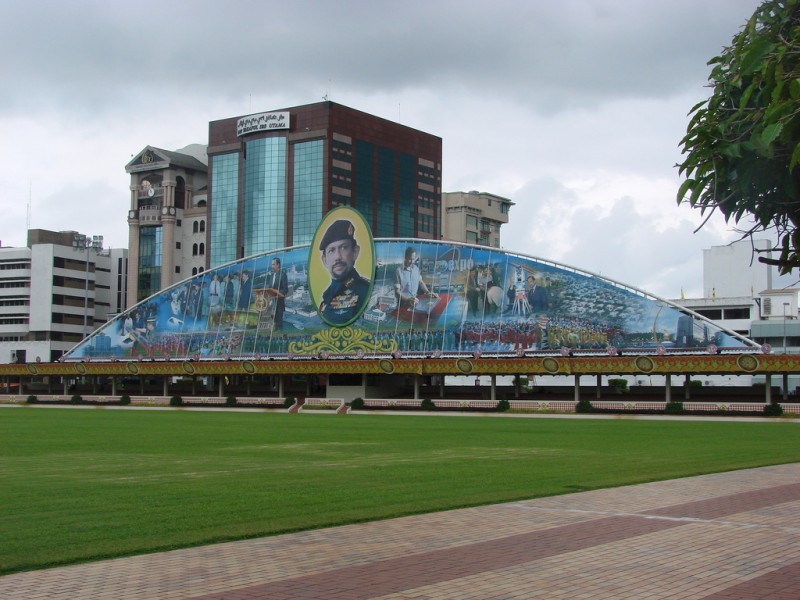 A propaganda mural showing off the many skills and talents of the Sultan of Brunei. Image and caption from the Flickr page of watchsmart (CC License)

News reports across the world carried a story about Brunei banning Christmas celebrations this year. Are these reports accurate? Well, yes and no.

First, it’s an old issue. Last year, Brunei became the first nation in East Asia to implement Sharia, or Islamic law, at a national level. To comply with the law, the country’s Ministry of Religious Affairs issued a directive regulating the public celebration of Christmas.

While people outside Brunei may be shocked to learn from the news that Christmas is ‘banned’ in the country, but for many Brunei netizens, the real surprise was the delayed reaction of Western media.

Why is the supposed Christmas ‘ban’ only reaching Western media now? #hypedup

if brunei has ‘banned’ christmas, then why is it still a national holiday?

Brunei has a Muslim-majority population. It is a small nation ruled by a sultan who wields absolute political power.

The second issue to clarify is that Brunei did not enforce a total ban of Christmas festivities. Non-Muslim residents and visitors can still celebrate Christmas in their homes, communities, and places of worship. This is emphasized in the press statement of the Ministry of Religious Affairs issued last year:

…believers of other religions that live under the rule of an Islamic country – according to Islam – may practice their religion or celebrate their religious festivities among their community, with the condition that the celebrations are not disclosed or displayed publicly to Muslims.

The measures taken by the Religious Enforcement Division of the Syariah Affairs Department does not ban Christians from celebrating Christmas at their places of worship, within their community and in their homes.

But if headlines about the Christmas ban are misleading or outdated, the same cannot be said about the coverage of certain aspects of the religious regulation. For example, the directive does criminalize the wearing of clothes that resemble Santa Claus:

…in conjunction with Christmas celebrations, Muslim children, teenagers and adults can be seen wearing hats or clothes that resemble Santa Claus. Actions such as these can amount to an offence under Section 207 (1) of the Syariah Penal Code Order, 2013.

A person can end up in jail up to five years if found guilty of violating this law.

Early this month, some imams, or Muslim clerics, reiterated the warning that celebrating Christmas can undermine Islam:

During Christmas celebrations, Muslims following that religion’s acts – such as using their religious symbols like cross, lighting candles, making Christmas trees and singing religious songs, sending Christmas greetings, using signs praising the religion, putting up decorations or creating sounds and doing anything that amounts to respecting their religion – are against Islamic faith.

News about Brunei banning Christmas inspired many netizens around the world to express solidarity through the hashtag #MyTreedom. The directive also bans the placing of Christmas trees in public places.

Brunei’s decision to adopt and strictly enforce the Sharia law last year worried several human rights groups since the law features stoning to death for adultery, cutting of limbs for theft, and flogging for violations such as abortion, alcohol consumption, and homosexuality.

In summary, kids both naughty and nice can continue to celebrate Christmas in Brunei, but they better make sure that their Christmas carols, Christmas cards, and Christmas trees are not seen publicly.