On Politics, Big Contracts and Parties in Trinidad & Tobago 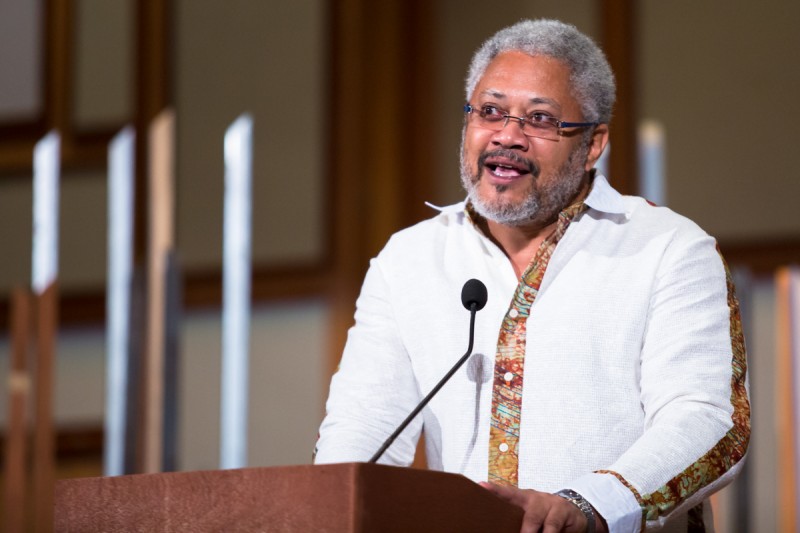 About a week ago, something important happened in Trinidad and Tobago.

Between the recession ambivalent Christmas rush and protests about gender identity, Afra Raymond, an avid anti-corruption blogger, resigned from a key position of an independent organisation that serves as a watchdog for Trinidad's multibillion dollar construction industry.

He stepped down as president of the Joint Consultative Council for the Construction Industry (JCC) allegedly because of an internal rift.

During the last five years in the position Raymond had ruffled some feathers, as president of a body that put a magnifying glass on the relationship between the construction industry and politicians.

The JCC is a collective of professionals linked to the construction industry. Since the most lucrative construction contracts come from the state, many contractors have good relationships with politicians, and vice versa.

An accusation — and a call for an apology

There are some very important voices in our society and Afra's is one of them. We should all be concerned about these developments.

Tensions apparently mounted after this letter, penned by Raymond in his capacity as JCC President, was published in the Express, one of the country's leading newspapers. The letter's beef was over the failure of Noel Garcia, now chairman of UDeCOTT, the “primary developer of choice” for state-sanctioned construction projects, to appear at a commission of enquiry surrounding the Las Alturas housing development, a project Garcia was in charge of during his tenure as general manager of the Housing Development Corporation (HDC):

The prospect of the chairman of a State enterprise declining to testify at a commission of enquiry is unacceptable and of course any continuing ambiguity can only feed suspicion.

At the time, Garcia demanded a formal apology for defamation, saying he was never called to testify at the commission; some members of the JCC reportedly agreed that Raymond should apologise, as there was a need for a “cordial” relationship between the JCC and UDeCOTT. No apology was ever issued.

The JCC's role as watchdog

Noel Garcia had been appointed as the UDECOTT’s board chairperson. UDECOTT is that special purpose company that plays an important role in distributing construction contracts. UDECOTT and Calder Hart are what sank Patrick Manning [a former prime minister] under a mountain of corruption allegations brought to our attention by…drum roll…Dr Keith Rowley [the country's current prime minister]. Raymond, in his letter, noted media reports had raised questions about Garcia’s behaviour in public life and was bringing it to the public’s attention and calling Garcia to account for the public reports. Nothing uncommon for Raymond. It is what we have come to expect from the JCC as a civil society organisation.

The blogger, Rhoda Bharath, had more questions than answers:

Why was an apology necessary? Was the apology letter a ruse? To force a resignation? Is raymond’s presence as President a problem for the JCC? How so, if it is? And who does the JCC have in mind to replace Raymond?

As JCC President from 2010 to 2015 Raymond’s achievements were numerous. He is easily one of the sharpest minds we have. And his principled position has helped to shape public and political opinion […]

Wired868, though disappointed by the lack of media attention given to the issue, agreed:

There were precious few column inches dedicated to the disgraceful end suffered by former JCC president Afra Raymond, whose public pronouncements on transparency and good governance have been a breath of fresh air from the private sector.

“How we vote is not how we party”

The Eternal Pantomime's concerns about Raymond's resignation, however, are linked to a bigger issue. Earlier in her post, Bharath expressed her concern over a mainstream media story about contractor Rohan Sinanan, deputy political leader of the current People's National Movement government, hosting a party to celebrate his birthday — naturally, several government ministers and construction professionals were in attendance — but Bharath drew the line there:

Where it gets ridiculous is when you find out that the guest list at the party featured names like Ishwar Galbaransingh and Jack Warner. […]

The same government that has promised to root out and deal with corruption – especially white collar corruption – is at a private birthday party with these two gentlemen. […]

So how do we feel about this? How do we feel knowing that in the midst of weekly revelations about the abuse of the Treasury by a PNM government, two men that we know have had more access to our money than we are comfortable with are comfortably partying with members of our government? If this bothered us under the UNC’s recent term in office, it should bother us now.

The post then made the connection between the birthday party and Raymond's resignation from the JCC:

The construction industry has an intimate relationship with the government of the country because the most lucrative construction contracts come from the state. […]

The JCC as a body has made an effort to watchdog the relationship between the construction industry and politicians. To function as the condom between them when they are wrapped up in bed together. […]

For this country to move forward it needs a strong opposition to whoever is functioning as its sitting government. The UNC [the largest party in the previous People Partnership government, now on the opposition bench] is a spent force. Which leaves us with civil society groups like the JCC. […]

When in one weekend I hear that Rohan Sinanan invites Rowley, Faris [the attorney general], Jack, Ish and a slew of contractors to a private party; and then I pick up another newspaper and realise the JCC, the organisation that keeps an eye on the construction industry, has lost one of its strongest, most outspoken and most resourceful Presidents ever, I know that I am in the realm of the ridiculously sublime.