Denmark's Afghan Community Comes Together to Condemn Violence and Extremism 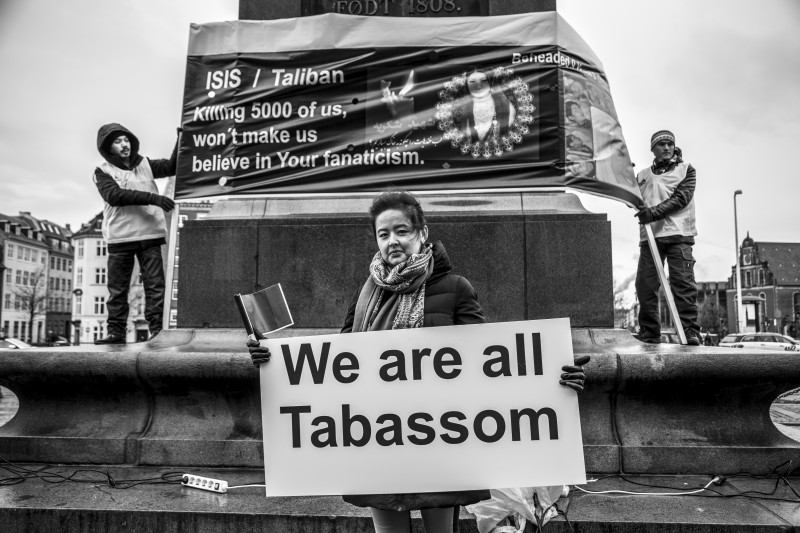 This story by Masih Sadat originally appeared in Danish on the website Opinionen. An edited version in English appears below with permission.

In light of deadly attacks in Afghanistan, France and other parts of the world, people of Afghan origin and descent in Denmark are voicing their solidarity with victims and frustration over the continued violence.

One example of this was when several Danish-Afghan associations joined together last month, in front of Christiansborg Palace in Denmark's capital city Copenhagen, to commemorate the many innocent people worldwide that in the past months had lost their lives to attacks orchestrated by ISIS, the brutal group that has taken over swathes of Iraq and Syria.

The coordinated shootings and suicide bombings in Paris in November, which left 130 dead, “opens yet another wound in the already bleeding hearts of Danish Afghans,” read the central message of the demonstration. “For they are precisely the ones who are familiar with the murderous works of the extremists.”

Just four days prior to the Paris attacks, the province of Zabul in Afghanistan was also hit by bloody violence. There, seven Afghan civilians, mainly children and women, were executed by militants reportedly affiliated with ISIS.

Although it's certainly not the first spate of violence to erupt in war-torn Afghanistan, where extremist militant groups such as the Taliban, Al Qaeda and now ISIS have a presence, this latest incident caused Afghans around the world to speak up and mobilize, including in Denmark, home to several thousand people of Afghan origin or descent.

Afghans all over the world were using the hashtag #Shukria widely on social media:

Humanity has failed us thousand times, but Shukria's death marked us all. RIP. #shukria

#Australia #Sydney: ‘We are all #Shukria‘ #ZabulBeheading #Hazaras in #Afghanistan| #auspol pic.twitter.com/nVv3EeN61P

All of the speakers at the November 22 demonstration in front of Christiansborg talked about an uprising among Afghans taking shape against the continued violence and insecurity in their country. They called it the “Tabassum uprising,” named after 9-year-old Shukria Tabassum, who was among the seven ethnic Hazara who were beheaded in Zabul.

The largest protests in Afghanistan's history reveal a major shift in the country's politics https://t.co/myhjwIp3in pic.twitter.com/UpHRoxxUkq

After the rally had ended in front of the governmental building, where about a hundred people – children, elderly and women – had shown up on an otherwise cold winter Sunday, demonstrators began marching together in groups towards the French Embassy to show their sympathy with the victims of the Paris attacks. 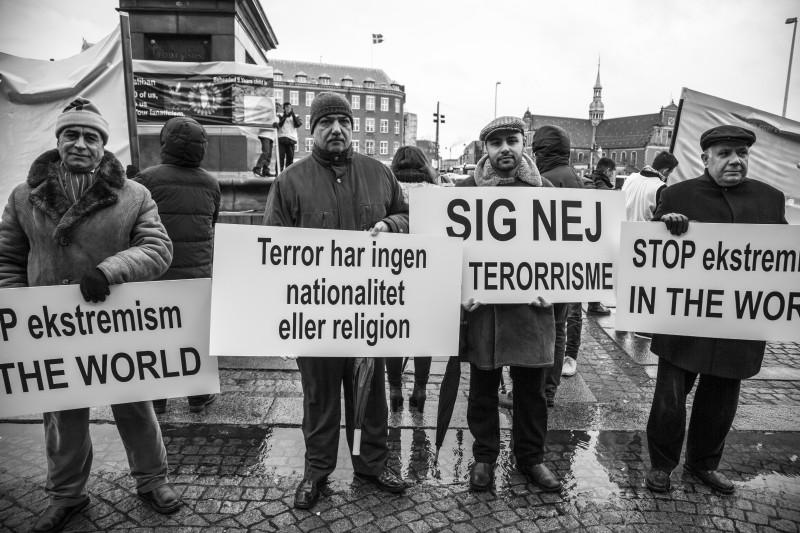 A statement put out by all four Danish-Afghan associations that had hosted the event read:

We, on behalf of Afghans in Denmark, condemn the recent incidents in the strongest and thus send our deepest condolences to the victims’ families. Together, we express our deepest sympathy and condolences with the Parisians and their families in France, and in Afghanistan and many other affected places in the world.

Among the demonstrators, who were marching along the streets of Kongens Nytorv to deliver flowers and sympathy to the Paris victims, I met Joseph Saber, the president of the Afghan Youth Association in Denmark, one of the four associations behind the rally. After the event, I spoke with Joseph to hear more about the purpose of the demonstration.

Masih Sadat (MS): Why did you choose to end the demonstration in front of the French Embassy?

Joseph Saber (JS): We did it out of sympathy and compassion for the victims of terrorism in Paris. Al-Qaeda, the Taliban and ISIS are all groups that share the same ideology and the same distorted theological interpretations of the religion. Danish Afghans are, more than most, familiar with the bloody works of terrorism. Most Afghans have experienced war and terror at close range and can thus better understand another nation's pain, which is caused by the same.

MS: What are you hoping to achieve with this demonstration?

JS: First and foremost our main goal was to commemorate the victims of terror and to express our sympathy with those who has lost their loved ones due to the terror violence. Secondly, we wanted to condemn the brutal acts that has been committed in the name of Islam, while in the same time making clear that extremism and its terror doesn’t belong to any specific religion, race or mindset. It is a disease that corrupts the mind and in the same way the community.

A call to Danish politicians

The four Danish-Afghan associations — Afghan Youth Association in Denmark, Katib, Khatemol-Anbiah and Shoraye Hambastagi — jointly prepared a letter in which they condemned the recent violence in Afghanistan, France and in the rest of the world, and in addition presented a number of calls to the Danish politicians in the Parliament. 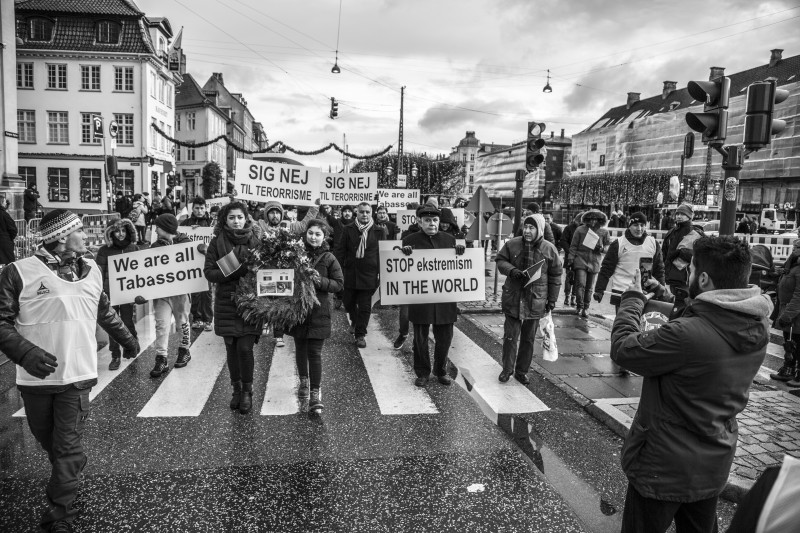 The letter, which was read out loud during the demonstration by different speakers in Danish, English and Farsi, was subsequently given to politicians in Christiansborg. Among the calls to the Danish government, as well as to the European Parliament, was a “resumed focus on Afghanistan,” concrete actions against militant groups like the Taliban and ISIS, and a reconsideration of the repatriation of “innocent Afghan refugees.”

The latter has become one of the main worries of Afghan associations and Danish asylum activists, especially after the government's deportation of two young Afghan refugee brothers in June, which resulted in one of them being killed by the Taliban and the other disappearing.

“We hope that our politicians will increase focus on the problem of radicalisation in our society, and we hope as well that the global community does not forget the places around the world affected exactly by this epidemic,” Joseph Saber said.

“Afghanistan is exactly one of those places.”