One Kanji Character Captures a Year of Uncertainty in Japan 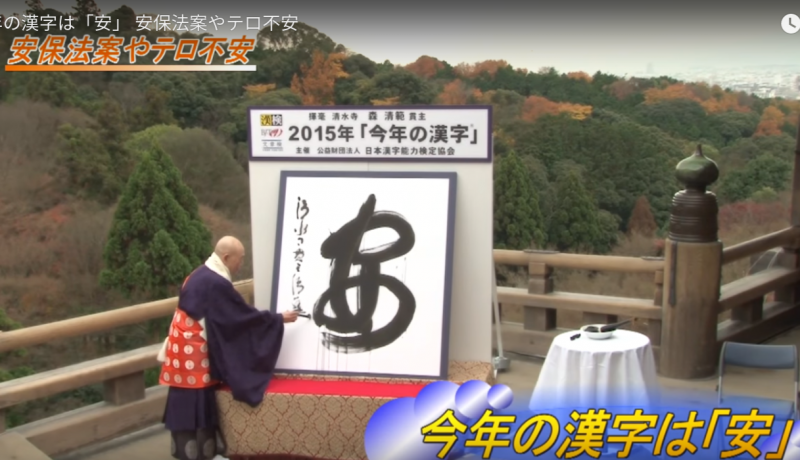 The character 安, or an, has been named as the kanji that best symbolized Japan's national mood in 2015.

Kanji are Chinese characters used to write Japanese and can be pronounced several ways. The character 安 is typically pronounced as an, a, or yasu, and typically means “peaceful” and “feeling at ease”, or “inexpensive.”

The character was selected by Kanken, a kanji promotion organization, based on a vote by members of the public and announced at the iconic Kiyomizu Temple in Kyoto.

The character 安 (an) dominated the news in 2015, stemming from the contentious Legislation for Peace and Security, popularly known as 安保 (anpo), that the Abe government rammed through Japan's Diet in the summer and fall.

The legislation effectively spelled the end of Japan's Peace Constitution and 70 years of postwar pacifism, spreading a sense of unease in a country already rattled by the murder of two Japanese nationals by ISIS at the start of the year.

Japanese Prime Minister Abe Shinzo, whose name also happens to incorporate 安, the 2015 kanji character of the year, was quick to capitalize on the announcement by posting a bilingual message on Twitter:

Kanji of the year “安” (tranquil) was selected by popular vote. I will work hard so that everyone can live peacefully pic.twitter.com/UsuD3apiQJ

As the “kanji character of 2015,” 安 can be interpreted ironically, I guess.

Another Twitter user managed to capture what must be the feelings of many Japanese people with a clever play on words that parodied the Japanese prime minister's last name, Abe (安倍):

While the choice of this year's kanji would seem to flatter Abe (安倍) and his Security Legislation (安保, anpo), all I feel at the end of the year is a “doubling of uncertainty.” (不安倍増, fuanbaizo).

Spotlight, a Buzzfeed-esque site that curates Japanese memes, created a 11-point listicle about the many ways in which the character 安 represented the year 2015. 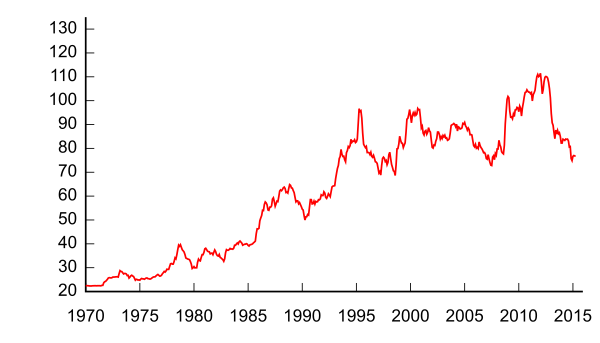 Spotlight also noted that 2015 was a year when many Japanese realized that their salaries are very low (給料安い, kyuro yasui) and that 安 really represents uncertainty (不安, fuan) rather than peace:

Wages are low, and many people are choosing not to get married. The birthrate is not rising, while taxes are going to go up. Will we still be able to rely on old-age pensions in the future? And what if there is a terrorist attack? The future of Japan is ‘full of worry’ (不安, fuan)!

However, according to Spotlight, not all was doom and gloom.

At the top of the list was Japanese comedian Yasumura Akarui (安村あかるい), whose name not only features 安, the kanji character of the year, but whose catchphrase “Don't worry, I'm wearing [clothes]” (安心してください、穿いてますよ, anshin shite kudasai, haitemasu yo) became a pop-culture meme in 2015. 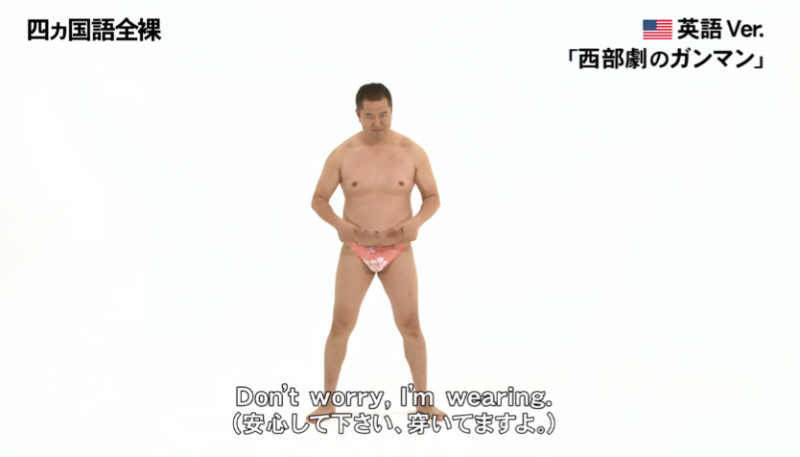 Other Japanese netizens had fun with the 2015 character of the year.

One Twitter use posted a three-panel comic (full-size image here) that poked fun at how little the stylized calligraphy used in the reveal resembled the actual character 安:

Panel 3:
Heroko: It looks just like an eringi mushroom!
P-head: Now you're going too far…