How Did You Remember Refugees and Migrants on International Migrants’ Day? 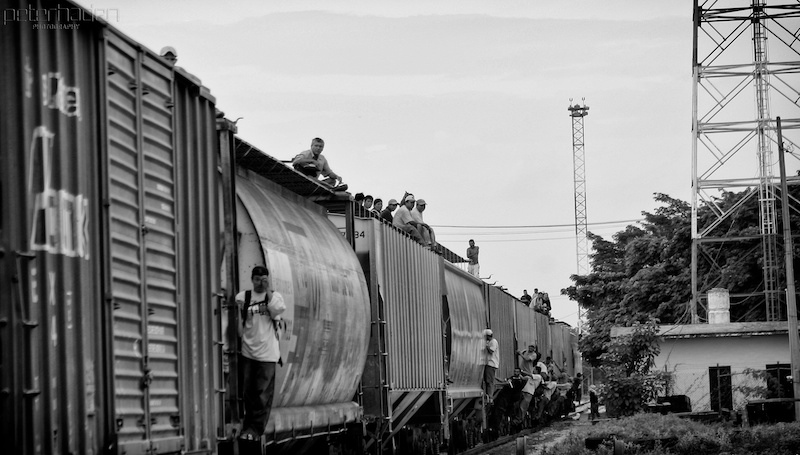 Migrants on “la Bestia”. Every year, tens of thousands of people, 90 percent of them Central American, cross the length of Mexico in hopes of reaching the United States. Photo taken from the Flickr account from Peter Haden under Creative Commons License (CC BY 2.0)

December 18 is a day to remember refugees and migrants, whether from Syria, India, China, Latin America, or anywhere else in the world.

This year, as the number of people in the world seeking refuge is expected to hit a record, the International Organization for Migration (IOM) called on the international community:

to come together and remember the refugees and migrants who have lost their lives or have disappeared while trying to reach safe harbour after arduous journeys across seas and deserts.

Many people in the United States understand this, despite the debates and extremist positions highlighted in the Republican party's presidential nominee race. Many people in the San Francisco Bay Area, for instance, are still fighting for justice and a better treatment for refugees and migrants.

But beyond labels and circumstances, people are people.

The #Iamamigrant hashtag expresses this accurately.

On Immigrant International Day, just a reminder: We are all children of immigrants.