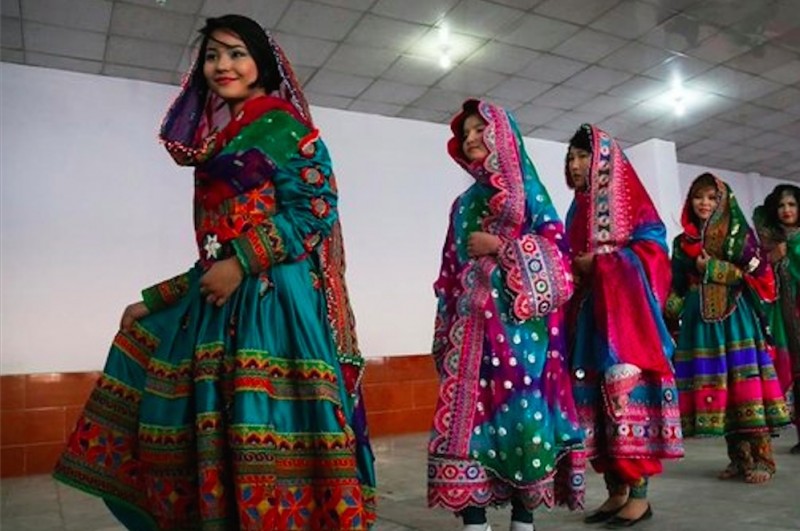 Last week, a collection of young Afghan models broke up the monotony of daily life in Kabul, triggering praise, debate and condemnation in the process.

Afghan girls wore traditional clothes at a catwalk show last week in the centre of Afghanistan's capital and largest city. The fashion show was an initiative by a recently established fashion house LAMAN, which translates from Dari as “skirt”. The audience was a mixed one: Afghans and foreigners.

LAMAN fashion house is an initiative of three Western-educated young Afghans, one of whom is a woman.

The aim was to exhibit the handicrafts associated with the Hazara minority that make up roughly 9% of Afghanistan's population and endured significant persecution under the Taliban and other governments throughout the country's history.

Many praised the Afghan models courage to stand up for a more fair and more equal society. Others, however, showed disgust towards them, representing the view of the majority of Afghans, who remain deeply conservative in their views on women and girls.

The latter group expressed their views on Facebook more than Twitter, which remains the social media hub of choice for many liberal Afghan internet users.

For the first time people dare to kick off fashion show like this in Kabul https://t.co/GXgQgDfQYY

I feel pity for you. You are prostitutes. First you adopted Western thoughts, and now you act like them. You have totally forgotten Allah’s sacred sayings in Holy Quran. May god bless your sins…”

Alameer Amiri, another Facebook user commented under the same thread:

Afghans get martyred every single day, but look at these whores. They are not Afghans, they are Westerners.

Since its establishment by Ahmad Shah Durani in 1747 contemporary Afghanistan has experienced short periods of acceptance of women taking up a more visible role in society, and longer periods of repression. For the most part, women have been confined to the home. Attempts at reform have been weak and short-lived.

Amanullah Khan, who became the country's Emir in 1919 saw his own ambitious reform agenda face fierce opposition in the form of Mullah-e Lang’s revolt, strongly backed by clerical networks.

Reforms undertaken during the Democratic Republic (1978-92) also came face-to-face with a wave of jihad, only truly making ground in Kabul. After the the failure of the Soviet invasion, the Mujahidin's internecine struggles paved the way for the emergence of a new-ultra-conservative force in the early 1990s: the Taliban.

The new group that took power and stayed there until overthrown by the US-led ISAF invasion banned any form of female presence in public, bar nurses and midwives who nevertheless faced many restrictions. Stoning was a common practice.

With the Taliban still waging a war against the government, society is divided over their legacy. Following the news about the catwalk, Javad Margir wrote on Facebook:

Once the Taliban get lost, our country will certainly progress.

Since a new government came to power, security has been fleeting and fighting widespread, while women have been given some limited space for a public re-emergence.

Yet the old impediments remain part of the national fabric.

In late March, a mentally ill woman called Farkhunda was beaten to death by an angry mob and had her corpse burned in central Kabul, only a hundred meters away from the presidential palace, after a gang received false information that she had burned the Koran.

More recently, 19-year-old Rokhshana was stoned after a trial in which she was accused of trying to elope with a man in the province of Ghor, where the governor is one of the only three female governors President Ghani has appointed.

In 2013, the organisation Afghan Women for Change initiated one of Afghanistan's first and biggest post-Taliban fashion shows in Kabul. Back then the initiative was inundated with complaints from the country's powerful clerical networks.

One zealous cleric wrote on his blog that the organisers of such shows were Western stooges that had lost their honor. He also urged Muslims not to stay silent in the face of such events.

It went ahead anyway.

These initiatives, however symbolic, can help chip away at an entrenched patriarchy exacerbated by the power of clerics.

While the notion that women are strictly homemakers is predominant in Afghanistan, a growing number of younger people believe there is more to a woman's public life than that alone.