The Liberation of Dhaka and the Whitewashing of Pakistan's History 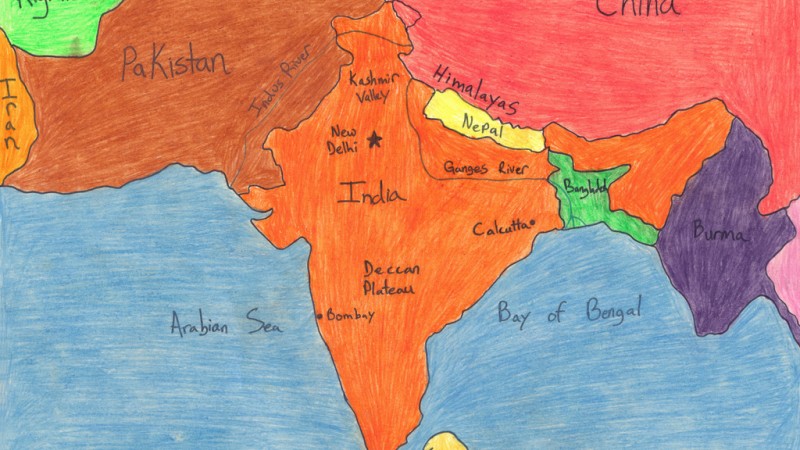 Map of India, Pakistan and Bangladesh drawn by an Indian high school student. Image from Flickr by dawpa2000. CC BY 2.0

Imagine yourself advocating for the absolution of the masterminds behind the Peshawar Army public school attack. Imagine that those killers have been given the highest medals of honor and are being celebrated as heroes— brave soldiers who killed for the sake of their country. Now imagine that it is not a single person, but a whole nation standing together to justify such a brutal act.

I can’t, and I don’t want to imagine a world like that for either myself or for anyone else. Unfortunately, the truth is that I am part of such a world, community and nation that stands proudly and defends firmly war crimes that were committed against their own fellow citizens. Do you remember the “fall of Dhaka“, on December 16 1971?

We are all bloodthirsty, closet war lovers. We justify wars, violence and atrocities for our own convenience. If this premise is untrue, and if it is still unimaginable to endorse a world where killers and looters are allowed to walk freely, then why is it that we have still been silent for decades about our Bengali brothers and sisters demanding justice?

When I look at my newsfeed today, on December 16, it is full of grief for the children who lost their precious lives in the Army Public School attack one year ago today. Everyone is being explicitly kind towards the victims’ families and condoling with them on the anniversary of their children’s deaths. Messages and special songs, courtesy the Inter Service Public Relations (ISPR), the public relations wing of Pakistani army, are being shared to show that the entire nation stands united against terrorists. The message of the day is that no kind of terrorism will be tolerated.

“Pakistan’s education system is a smokescreen designed to alter the course of history for the upcoming generation. It fails to mention a single word about the atrocities and war crimes committed by the country’s armed forces in Bangladesh (then East Pakistan) in 1971.”

ISPR’s “heart-warming” music video, “Mujhe Dusham Key Bachon ko Parhan hai” (“I want to take revenge and educate enemies’ children”) is one such “beautiful” attempt. The concept of sending books instead of bullets to our enemies’ children makes my heart melt on the one hand, but on the other, my mind still poses questions. Shouldn’t we do some soul searching before we send books that are filled with hatred? The irony is, the enemy referred to in this song is not from other lands, but our own—being created and nurtured in our very own religious education facilities, or madrassas.

Pakistan’s education system is a smokescreen designed to alter the course of history for the upcoming generation. It fails to mention a single word about the atrocities and war crimes committed by the country’s armed forces in Bangladesh (then East Pakistan) in 1971. Our curriculum cites Indian-backed “Mukti Bahini” as the culprits. The Al-Badr, Al Shams and Razakar militia are referred to as “armed volunteers” of Jamat-e-Islami supporting West Pakistan’s armed forces.

The other side of the story, in which these “volunteers” allegedly acted as the Pakistan army’s death squad to kill off the left-wing intellectual elite is conveniently absent from our textbooks. The same books also cite “lack of resources” as one of the main reasons for the loss of Pakistan’s eastern province, and do not highlight the fact that it was in fact the economic and cultural repression of Bengalis by the Punjabi ruling elite that led to the separation.

One example of such cultural repression was the ban imposed in 1967 on playing the works of the great Bengali poet, Rabindranath Tagore on Radio Pakistan. Tagore was the first non-European to win Nobel peace prize in Literature in 1913.

These perceptions are evident not only in our text books but in our political and social opinions as well. Pakistanis, for instance, have expressed great concern and have deemed the trial of former Al-Badr leader Mujahid “deeply flawed”. Time and again, Pakistanis have opposed judgments against the Jamat-e-Islami leaders for war crimes committed and proven.

Pakistan’s school and college textbooks are full of hate speech and convenient lies. The official narrative whitewashes war crimes and endorses jihad as a noble act in religious history. The National Commission of Justice and Peace has discovered blatant religious biases in textbooks used in English, Urdu, Pakistan studies and social studies classes.

K.K. Aziz’s Murder of History: A critique on History textbooks used in Pakistan is an insightful book that raises pertinent questions about the education system and challenges the conspiracy theories being taught. It was published in 1985, and is a solid source of information for those interested in examining the divide between historical evidence the information presented in our textbooks. In one of the chapters, Aziz questions the false account of 1971 war, according to which the Pakistani armed forces are celebrated as setting new records for bravery, and Indian forces are portrayed as the defeated. As a child, I’d always found it  confusing and wondered what really happened.

In addition to Aziz’s book, there are war museums full of historical evidence and international newspapers, books and journals with pictures and videos that prove what the Pakistani military did in 1971 in Bangladesh was not brave, but heinous.

From “Song of Bangladesh” by Joan Baez, performed live at the concert of Bangladesh at Madison Square Garden in New York City on Sunday, 1 August 1971, in front of 40,000 people.

44 years have elapsed since these crimes were committed, since the Pakistani army raped Bangladeshi women and murdered their country’s children and youth. In 2002, one of Pakistan’s military rulers, Pervez Musharraf, expressed regret for the harm done, and was the first to offer a subtle apology.

Earlier this month, however, Pakistan suddenly retracted that stance, and categorically denied that any war crimes were committed in 1971. The statement came after one of the Jamat-e-Islami leaders was executed in Bangladesh for those crimes in November.

By issuing this denial, is Pakistan sending a clear message of support to killers, and stating that military boots are still stronger than any democratic force? Back then no one dared to question the army, and it looks like no one will question them for their failures now. The 195 Pakistani war criminals handed over in 1974 under the tripartite agreement were supposed to be tried under Pakistani law, but were—and remain—protected.

My thoughts are with the families who lost their children last year in Peshawar, but I also can't stop thinking about those Bangladeshi families who suffered at the hands of Pakistani army. Those families know their enemies and want justice for their loved ones, and their pain must also resurface every year, just as it does, and will continue to, for the families of APS victims.

I just wonder how long the combination of pain of loss and sense of injustice will have to be endured by those on both sides. 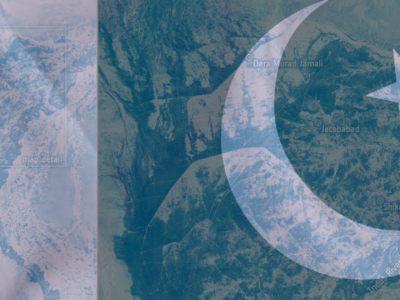 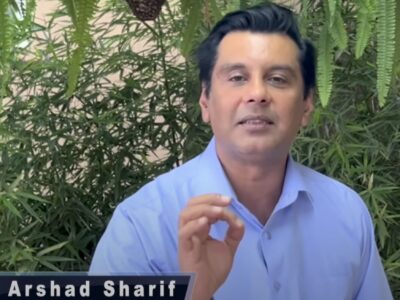