The Complexities of Adapting to Climate Change in Benin 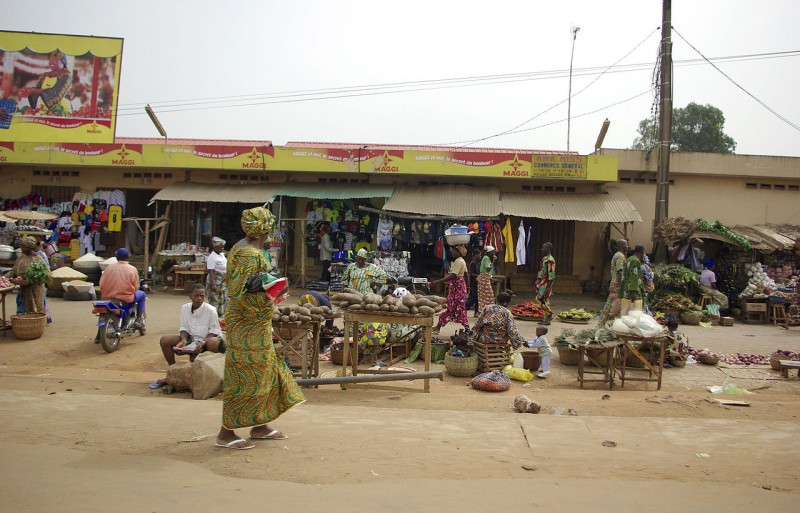 Before the recently concluded climate change talks in Paris known as COP 21, a different conference on environmental worries took place in Benin. On 2 December, experts gathered in the country's largest city, Cotonou, to discuss development in the face of climate change, in an event organized by the French Agency for Development.

A few days before in the same city, on November 29, people rallied for the Marche béninoise pour le Climat (The Beninese March for Climate), organized by environmental advocacy groups as well as the global civic NGO Avaaz and the Belgium Consulate in Benin.

Environmental challenges are present as ever even in this African country nestled in the gulf of Guinea, considered to be a nonpolluting country by COP 21 standards, according to Raphaël Edou, former minister of climate change in Benin and current special adviser for the environment, who participated in the Cotonou conference. While Benin has emitted low levels of CO2 overall during the past decade, its emissions have kept rising in recent years, according to World Development Indicators, and the country is experiencing the effects of climate change.

But adapting to the changed environment and making efforts to prevent further change is sometimes easier said than done.

‘Can climate change really represent an opportunity for development?

The theme of the Cotonou conference, held at the French Institute of Research, was: “Can climate change really represent an opportunity for development? And for the benefit of whom?”

The talks revolved around whether humankind can adapt to the new reality of climate change and take advantage of it. In Benin, this adaptation — other would call it constraints — is seen in the attempts of some Beninese to make productive soil out of spoiled soil by using pesticides. Benin actually isn’t able to satisfy its domestic food demand on its own, as the data collected by FAO show. Farmers prefer to use pesticides to maximise their production, despite the dilemmas existing at the environmental and public health levels. This massive of use of pesticide occurs despite the mobilization of agroecological NGOs to raise awareness of the risks of its use. 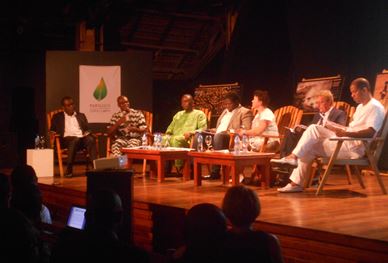 During the conference, Raphaël Edou argued that one of the greatest problems in Benin regards the implementation of sound environmental strategies and projects. However, he did not explain what the involvement of political actors and various institutions in making those strategies would be, and who should take the lead: governments, the private sector or civil society.

How can you make the Beninese people pay attention to their individual pollution if their first priority is to try to get out of poverty? That was the question put forth by the Unicef representative in Benin, Anne Vincent.

Benin is one of the poorest countries in the world: in 2013, the United Nations ranked Benin 165th out of 187 in the Human Development Index. This makes it is very hard to push for changes in people's behavior. The NGO Pro-environnement in Benin is one example of an organization pushing to raise people's awareness and advocacy on behalf of the environment.

The effects of climate change in Benin

Benin, which stretches from the Atlantic Ocean till the Pendjari park at the border with Burkina Faso up north, faces several climate challenges. Increasingly frequent severe storms have increased the total amount of annual precipitations. Intense hours-long downpours flood the roads in most urban areas. It gets worse in villages: during the rainy season, agricultural production is reduced — intense rain often ruin crops — while the lines of communications are cut off and people have trouble reaching markets to sell their products. 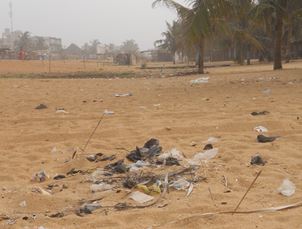 Trash in Benin. Photo by Chiara Ronca. Used with permission.

Aside from the frequency of extreme weather, many experts — among which Yves Du Penhoat, a researcher at the French Research Institute for Development, who participated in the Cotonou Conference — report that sea levels have steadily increased for the past few years. For a country whose most important cities, Porto Novo and Cotonou, are located near the laguna or along the seaside, the potential for catastrophic scenarios cannot be dismissed.

Furthermore, trash is mounting in the country. Just when you think you are getting used to it, your eyes can't help but be impressed by the large amount of plastic bags everywhere, even along the most beautiful sea coasts and, in particular, on the wonderful scenic Route de Pêche (Fishing Road).

Benin sent a delegation of 100 people to participate at COP 21 change in Paris. “Think globally, act locally” was their main message. They argue that civil society by itself cannot act locally without the involvement of all the national actors, especially political institutions.

If people's living conditions are improved, it would make it easier to face the upcoming environmental and health issues. It is a very long process that necessitates a little more than just good intentions and slogans.– what's need is political engagement over the long run.