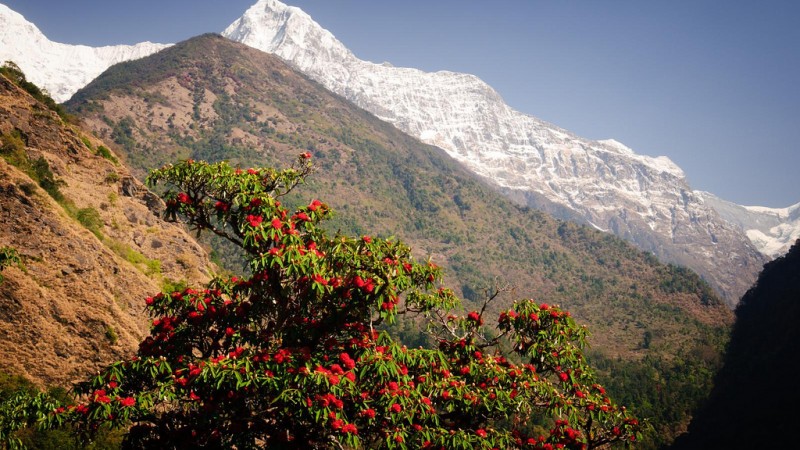 The world is gaga over the final deal agreed on by 195 countries at the Paris Conference of Parties (COP) 21. The governments agreed to set limits on greenhouse gas emissions to prevent temperatures from rising above two degrees Celsius over preindustrial levels, after which scientists fear the consequences of climate change could become catastrophic.

The agreement emphasizes support for developing nations and the least developed countries like Nepal, which have made nominal contributions to global warming, but which are already victims of the visible impacts of climate change.

Nepal’s Mustang, the Himalayan district famous for its apples, has not seen any apple production in the orchards of Lete and Kunzo Village Development Committees for the last six years. Experts connect it to the effects of climate change.

This October, the vultures found in the southern plains of Nepal were seen in the hilly Myagdi district. According to ornithologists, to evade the increasing temperature in the plains the birds might have flown in search of cooler climate.

Likewise, birdwatchers sighted yellow bittern (Ixobrychus sinensis) at an altitude of 900 metres in the hilly Kaski district for the first time. The migratory bird is found at 250 metres above sea level in the plains.

Similarly, a brown-headed gull found at sea level was sighted at the Phewa Lake of Kaski district recently.

But even the mid-February marker for the national flower of Nepal was a change: it has been blooming in the month of February in recent years, although it used to bloom in March and April in the past.

The blooming of a flower in the Himalayas has long heralded the onset of Spring, but now, it's flowering too early http://t.co/HjtEFtl5Hc

Not to mention, the untimely blooming of rhododendron in the Himalayas has been linked to climate change.

World Wide Fund for Nature (WWF) research on the migration of the Apollo butterfly and pika to higher reaches in the Himalayas due to global warming has alarmed scientists, too.

Did you know that pika are a climate change indicator species? They're also adorable. http://t.co/qrMCubqAEY @CitSci pic.twitter.com/bptjFUOLWT

The research also highlighted the movement of the Pieris species of butterflies to 2,200 metres from 1,800 metres as well as a discernible shift in the life cycle of butterflies.

These visible impacts of climate change are like canaries in a coal mine, but the government of Nepal, to cope with the unofficial Indian blockade (see Global Voices report), has been rampantly distributing fuel wood from the forest, drawing the ire of conservationists.

World leaders are in Paris for #climatechange. At the same time #Nepal govt. is distributing firewoods as an alternative #energy #COP21