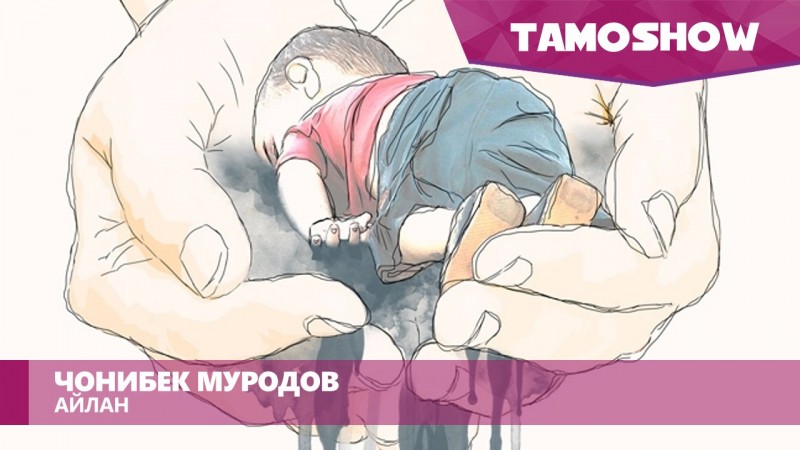 In a country that knows enough about the pain associated with migration, forced displacement and civil conflict, a local pop singer is cutting through the suspicions aimed at refugees following deadly attacks in Paris and turning attentions back towards the human catastrophe of war.

On the eve of the International Migrants Day celebrated annually on 18 December, Tajik star Jonibek Murodov has penned a song for Aylan Kurdi, the little Syrian boy [1], found and photographed washed up on a Turkish beach in September.

While Kurdi's image generated an outpouring of sympathy across the world at the time, it has been quickly cast aside as migrants are subsumed once more into the terror narrative.

My name is Aylan in all languages of the world,
My soul is sobbing in all places of the world,
Whose knife is in my heart and my sight?
What country is my lonely body buried in?

The song has won admiration throughout Tajik-speaking communities in Tajikistan, Uzbekistan, and Russia, where over a million Tajiks live and work.

Crying. While watching this on the news, I didn’t have the  same emotions I feel watching your video clip. Oh God, what’s happened with this world?

However, not everyone thought the tribute was appropriate, given that Tajikistan has its own tragedies to highlight.

Some asked if the singer might take time to commemorate the five-months-old Tajik child Umarali Nazarov [3], whose death a few hours after being separated from his mother by Russian authorities in St. Petersburg sparked condemnation in both Tajikistan and Russia.

This song is very good. But are you aware of Umarali Nazarov, the five-months-old child taken from his mum that died far from her? Doesn’t his case make you want to create something?

Murodov duly told his fans he is considering singing about Umarali, whose tragic death was actively compared [3] to that of Aylan Kurdi by Tajik internet users.

Amid a sea of countless ballads about love a growing number of Tajik pop and rap stars are now moving towards covering more socially-oriented themes including poverty, labour migration and forced military recruitment.

Read more of our special coverage: Streams of Refugees Seek Sanctuary in Europe [5]