2015 Was Boom Times for Corruption in the Caribbean, But Can It Last? 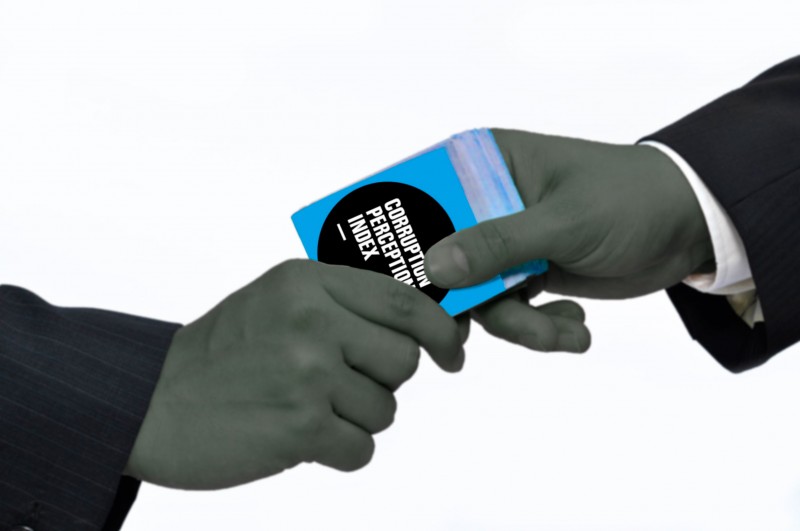 If the Transparency International 2014 Corruption Perception Index (CPI) is any indication, the Caribbean is becoming more corrupt. Last year's highest-ranked regional country (perceived to be the least corrupt) was Barbados, which came in at Number 17 out of a list of 174 countries; Jamaica shared the 85th spot with Trinidad and Tobago; Guyana was ranked 124; and Haiti was perceived to be the most corrupt Caribbean territory with a ranking of 161. Judging from the stories on poor governance and alleged corruption dominating the headlines in 2015, however, this year's CPI may not be much better for the Caribbean.

A lesson in civic involvement

Trinidad and Tobago had the dubious honour this year of leading region in stories of corruption. This reality did not emerge suddenly. By 2015, at least one netizen had had enough and was taking the path towards civic education and self-empowerment because she understood that “the problem with our politics resides in […] the type of citizens and voters we have produced.”

The realisation came just in time. Stories about impropriety in public office under the country's People's Partnership coalition government began to snowball: the attorney general was accused of witness-tampering and the prime minister somehow managed to blame the whistleblower; the appointment process for the country's Integrity Commission, a constitutional anti-corruption organ, ironically displayed a lack of integrity; and a new political entity that was supposed to give voters a choice outside of the two-party system turned out to be more of a laughing stock than a serious contender.

In the lead-up to the country's general elections, things became even more outlandish. In the wake of country-wide roadblocks on the morning of March 23, many citizens got the distinct feeling that their civil liberties were being held hostage by police trying to strong-arm the government over wage negotiations.

A few months later, there were several high-profile arrests—allegedly in connection with the murder of Senior Counsel Dana Seetahal—which many netizens saw as a mere election ploy. Curiously, this was followed a few days later by a dramatic jailbreak from a Port of Spain prison; video footage would subsequently show that the inmates faced little or no opposition in their quest for freedom (at least from prison guards). One escapee was shot by police a short while after the jailbreak. Two then remained at large, until one turned himself in when the other turned up dead—killed not by the police, apparently. Afterwards, conspiracy theories grew rampant.

Once a new government was elected on September 7, the scope of alleged governmental corruption began to emerge: the new finance minister soon revealed that the spending by the previous administration had left the country facing an US $1.3 billion deficit. Three months later, the governor of the Central Bank of Trinidad and Tobago announced that the country was in an economic recession.

People in Haiti, the lowest ranked Caribbean territory on last year's CPI, made their displeasure about the lack of transparency surrounding the recent elections process very clear. Citizens participated in massive street protests, which called on the country's Provisional Electoral Council to declare the results null and void, hoping to help steer Haiti towards greater autonomy in its own affairs. In the cases of both Trinidad and Tobago and Haiti, the silver lining is that citizens are beginning to harness their own power, demanding higher standards of transparency and good governance from those elected to hold public office.