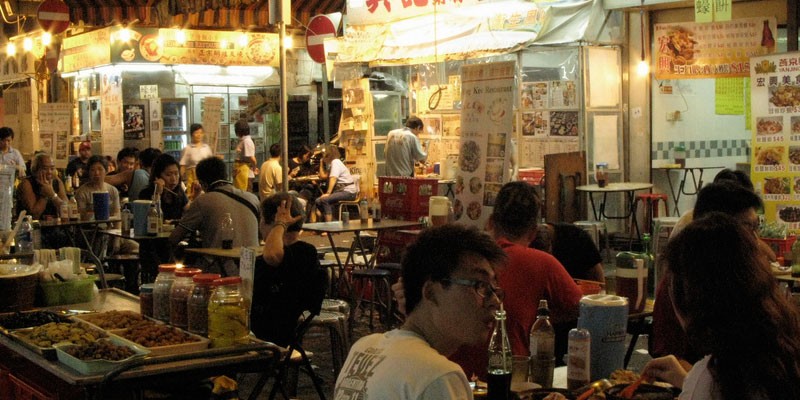 It is supposed to be good news when the Michelin Guide's 2016 edition says a new category of good, affordable street food has come to Hong Kong and Macau. But the Michelin Star has turned out to be the kiss of death for several small restaurants in Hong Kong, as landlords move to raise rents, wanting to profit off their tenants’ anticipated earnings boom.

A sudden and sharp hike in the rent is what forced Kai Kai Dessert, one of the street food eateries recommended by Michelin, to relocate. The dessert restaurant's landlord abruptly raised the rent 120 percent, asking for HK $220,000 (US $28,385) a month and a two-year lease agreement. Kai Kai Dessert had been operating in the same district for 40 years.

Kai Kai Dessert's owner, Mr. Chiu, inherited the family business from his father. He says they have to sell 11,578 desserts every month just to pay the rent.

Chiu says reasonable prices are what have allowed his business to serve people from all walks of life. He doesn't want to raise his prices, as most of his customers are locals from the neighborhood.

Fortunately, after Kai Kai Dessert posted a notice that it was being forced from its location, an old customer offered Mr. Chiu a smaller space at another ground-floor shop at the “friendly” rate of HK $90,000 (US $11,600) a month.

When it comes to the rental market, Kai Kai Dessert is no exception. A number of other Michelin-recommended restaurants in Hong Kong have been forced from their original neighborhoods because of the “profit-squeezing” practice of property investment in Hong Kong, where there are no laws on rent control. This means that many landlords (particularly those who rent to ground-floor shops) seek to squeeze businesses for extra profits.

In a letter to Stand News, an independent media outlet, “Summer Water” called the Michelin Star a curse:

The Michelin recommendation has generated a worst chemical effect because of the local rental market. The rent here is like a harvest machine. The restaurants work so hard to build its reputation. They are like the sprouts, but the harvest machine cuts the sprouts right away. Thus far, the dim sum shop “Tim Ho Wan”, “Hung's Delicacies” and “Good Hope Noodle” [all were forced out of their original locations], the foreign force of Michelin brought them misfortune.

Not everyone is blaming Michelin, of course. According to Stand News columnist “Yat Ming King Yan”, it's the landlords and their pursuit of easy money that's the root of the problem:

Others online have noted that profit-squeezing practices are transforming Hong Kong's landscape, as more and more small shops with local clientele are forced out of business or out of their neighborhoods, due to impossibly high rents. Facebook user Wong Sai Kei comments:

This is the reason why small shops with local character are vanishing. It results in a vicious circle and only big [global] chain stores that sell luxurious items will be left behind. But one can find these luxurious items in all other places. In the end, the city has a good outlook but it is losing its substance.