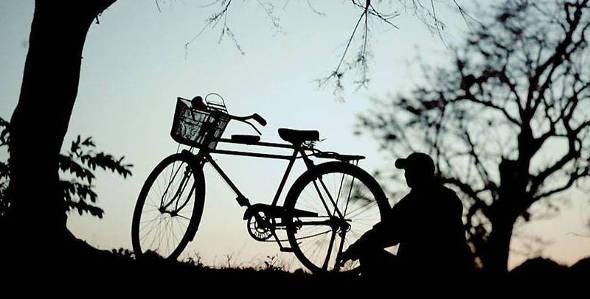 Promo of My Bicycle

‘Mor Thengari’ (‘My Bicycle’) is the first feature film made entirely in Chakma, an indigenous language spoken by the Chakma ethnic minority in Bangladesh. Directed by Aung Rakhine, the film centers around indigenous people, particularly the Chakma community. However, ‘My Bicycle’ will not see a commercial release inside Bangladesh because it did not make it past the country’s censor authorities.

Although about 98 per cent of Bangladeshis are of the Bengali ethno-linguistic group, there are more than 45 indigenous and minor ethnic groups with different languages and cultures in Bangladesh. Their lives and languages are rarely represented in Bangladeshi film and national broadcasts. In part, this is because the country’s film industry is regulated by a censor board that only seems to have the capacity to review Bangla and English films.

The censor board could not be reached for comment, but local commentators surmise that even if the board had the capacity to review films in other languages, a film like ‘My Bicycle’ would not have made it past the board’s security laws.

‘My Bicycle’ was conceived of 10 years ago and finally produced by Pandolipi Karkhana, who managed to find 30 financiers. Filming began in 2012. The film tells the story of an indigenous man named Komol who is fired from a job in a city and returns to his native village with only a bicycle. Komol tries to make a living by using the bicycle to ferry passengers and goods, but runs into trouble with others in the village. 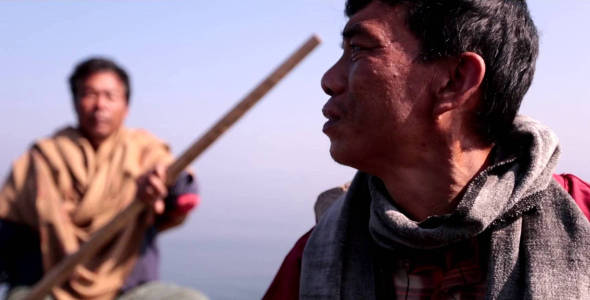 Promo of My Bicycle

The 63-minute-long independent film was entirely shot in the Chittagong Hill Tracts, where most Chakmas live. Rather than using professional actors, Chakmas were cast in all leading roles. Komol Moni Chakma’s portrayal of the lead character and Indira Chakma’s role as his wife Devi were highly acclaimed by viewers and critics alike. The film draws attention to people’s language, cultural and political rights, highlighting the fact that the indigenous languages are struggling for their existence.

Almost 300,000 people speak Chakma language in Bangladesh. But the language is dying because it is not being used. In this context, Chakma king Debashish Roy praised the making of the first Chakma language film, saying:

It is a great attempt, particularly in the present time as the Chakma language is dying and the government is doing nothing about it.

The Bangladesh Film Censor Board was established in 1978 as an organisation for the reviewing of feature films and for issuing certificates for their release. The board examines locally produced films of all categories, as well as all imported films for commercial purposes and non-commercial use. The board follows the laws and principles of film censorship, namely the Censorship of Films Act 1963. The fifteen board members from across different sectors are nominated by the government.

According to blogger Marzia Prova, the censor board only approves films made in Bengali or English. “They do not issue any certificate for films of other languages,” Prova writes. “I have never heard this kind of strange rules. It is only possible for Bangladesh. Our neighbour India releases each year films of many languages including Hindi, English, Tamil, Malayalam and Bengali.”

Dana Barua confirms this language discrimination in a post on Banglamail:

Hindi language movies get released in our country but this movie was censored only because it was made in Chakma language. It is alleged that there is a policy that Censor Board only gives certificate to Bengali and English language films. They do not issue any certificate for others language films. If language is the only barrier to release this film, it is a weakness of the policy.

Another report suggests that the original censor screening was postponed and a rescheduled screening never held at all. Still others speculate that ‘My Bicycle’ was censored due to its unfavourable portrayal of the army.

After the film was shown in several festivals, the armed forces took notice and lodged a 14 page long complaint that the film showed the activities of the army. “The issue of armed forces rule in the hill tracts is a sensitive issue, people may know the truth,” writes Prova. “People may discover a lot of things. It is a big problem, so stop the film.”

In representing the lives of the Chakma people, ‘My Bicycle’ also touches on the human rights violations committed by the army in the Chittagong Hill tracts, where the Chakmas have historically made their home.

Security laws censor films that are at odds with state interests, for example, by unfavourably portraying the police or other law enforcement officers, or conflicting with foreign relations by being either in favour of a state that is in conflict with Bangladesh or against a state that Bangladesh has a friendly relationship with.

Screened abroad and at local festivals

Without the approval of the censor board no film can be screened inside Bangladesh. However, they can still be screened abroad in different festivals, and the film has received some international recognition once it was screened at the 2015 Religion Today Film Festival on 9-19 October 2015 in Italy and at the 16th Rainbow Film Festival in the United Kingdom.

Although local film festivals are also required by law to obtain clearance from the censor board for their programming, ‘My Bicycle’ has been screened at a couple of local film festivals inside Bangladesh: at the South Asian Documentary Film Festival in Chittagong, and the 13th International Short and Independent Film Festival in Dhaka, Rakhine, citing a loophole in which censor certificates are not required for non-commercial screenings.

Blogger Mortaza praised the director of ‘My Bicycle’ for making the film in Chakma language:

I hope, the state will come forward to patronise directors like Aung; the audience will encourage them to screen it to many places and make more films like this. Best wishes for Aung Rakhine. ‘Mor Thengari’ will secure its place.

Here is the trailer of the movie:

This story was commissioned by Freemuse, the leading defender of musicians worldwide, and Global Voices for Artsfreedom.org. The article may be republished by non-commercial media, crediting the author Pantha Rahman Reza, Freemuse and Global Voices and linking to the original.