Why Are Students in Ethiopia Protesting Against a Capital City Expansion Plan? 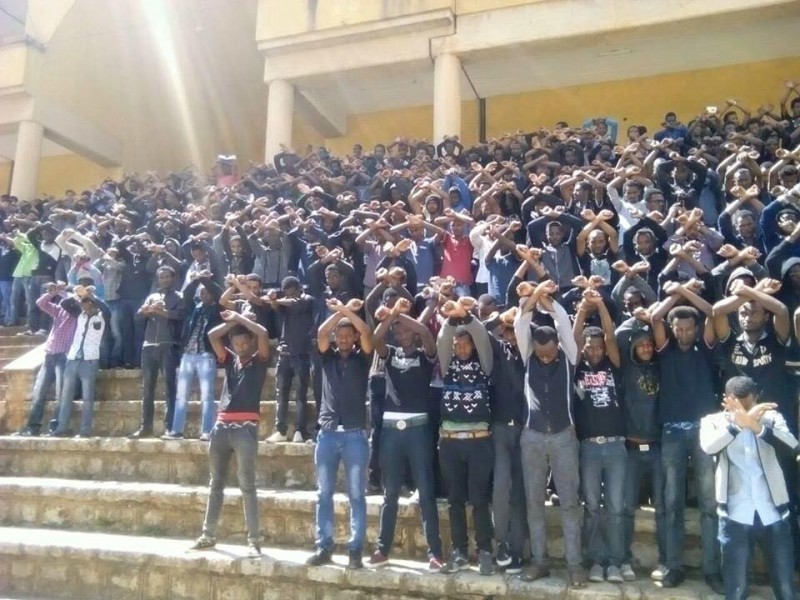 Over the past two weeks, students in Ethiopia’s largest regional state, Oromia, have been protesting against a government plan to expand the area of the capital, Addis Ababa, into Oromia. Reports suggest security forces used violence including live ammunition to disperse crowds of peaceful demonstrators in the compounds of universities in Oromia.

According to Human Rights Watch, at least three students were killed and hundreds were injured across the region as security forces used excessive force to disperse student protesters. Other reports put the number of students killed up to ten. Although protesters are primarily university students, in some instances, high school and primary school children were also reportedly involved in intense confrontations with government forces.

At least nine students were killed by government forces in May 2014 while protesting over the same issue.

The persecution of Oromo people

The students argue that the controversial plan, known as “the Master Plan”, to expand Addis Ababa into Oromia state would result in mass evictions of farmers mostly belonging to the Oromo ethnic group.

It wouldn't be the first time the government has uprooted members of an ethnic group. Thousands of ethnic Amharas in western Ethiopia were expelled from the country's Benishangul Gumuz region in 2013 in what critics called “ethnic cleansing”.

The students have other demands such as making Oromo a federal language. Oromo, the language of the Oromo people, is the most widely spoken language in Ethiopia and the fourth largest African language. However, it is not the working language of the federal government.

According to Ethiopian Constitution, Oromia is one of the nine ethnically based and politically autonomous regional states in Ethiopia. Oromo people make up the largest ethnic group in Ethiopia. However, the group has been systematically marginalized and persecuted for the last 24 years. By some estimates, there were as many as 20,000 Oromo political prisoners in Ethiopia as of March 2014.

A 2014 Amnesty International report on repression in the Oromia region noted:

Between 2011 and 2014, at least 5000 Oromos have been arrested based on their actual or suspected peaceful opposition to the government. These include thousands of peaceful protestors and hundreds of opposition political party members. The government anticipates a high level of opposition in Oromia, and signs of dissent are sought out and regularly, sometimes pre-emptively, suppressed. In numerous cases, actual or suspected dissenters have been detained without charge or trial, killed by security services during protests, arrests and in detention.

The ruling elite of Ethiopia are mostly from the Tigray region, which is located in the northern part of the country.

Social media fills in the gaps

Even as the Ethiopian drought and impending food crisis makes a rare appearance in local—and some international—headlines, little attention is being paid to the student protests in Ethiopian media. But despite Ethiopia’s highly controlled online environment and the government’s firm grip on communications infrastructure, social media users are reporting on the issue, particularly on Facebook, with additional coverage coming from diaspora-based media. 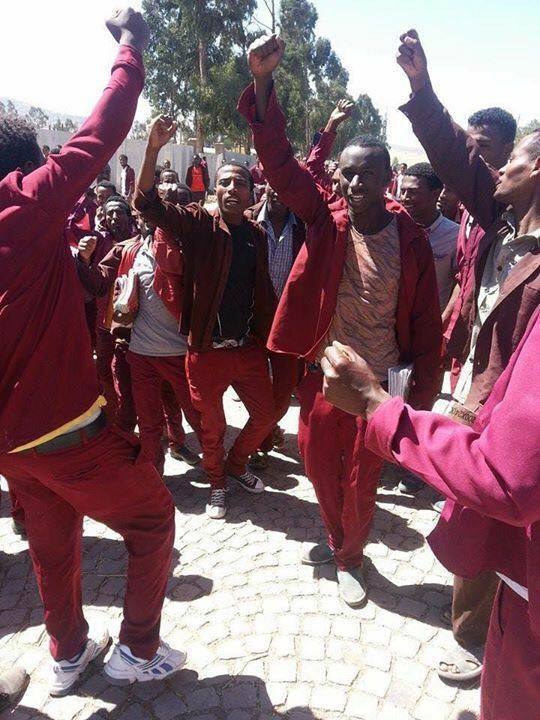 One Facebook user, for example, hoped for the world to hear stories of the student protesters’ inspiring actions:

The silence has truly been deafening. We need to see and hear the inspiring actions undertaken by huge numbers of ‪#‎Oromo‬ in ‪#‎Ethiopia‬. Tell their story, enable the world to be swept up in their story.Considering the complete absence of freedom to criticize the government or report opposition stories from within the country, people around the world reading about it can help greatly by doing everything possible to amplify this story.

We call upon the media to investigate the conditions that these students died trying to expose and resist, to draw attention to these concerns. Oromia needs a new kind of reporting by the international media, which gives voice to the voiceless Oromo people, who for a very long time have been killed, mistreated, abused, neglected and repressed in Ethiopia. Going forward with the current plan, which ends up displacing tens of thousands of poor farmers, destroying their livelihood and depriving their identity, is a tragedy. It deserves attention. These students put their lives on the line to draw attention to the farmers’ plight.‪#‎OromoProtests‬

Although social media reports are pivotal in letting the world know about the protests, they miss a huge chunk of nuance that would help observers understand how this dispute is unfolding. Notably, the fact that the student protests combine delicate ethnic politics, urban land grabbing and Ethiopia’s diaspora community’s involvement in home country politics.

Given Ethiopia’s highly controlIed environment, one might wonder how the students managed to get organized to express their grievance in the mid of highly controlled environment. Despite the firm grip on communication infrastructure there are constant update on Facebook and Twitter about the protest.

The story is unpleasantly familiar, as students are protesting for the second time in less than two years.

In April and May 2014, the protests began in response to the government’s plan to implement the “Integrated Masterplan for Addis Ababa”. As Addis Ababa, the capital of Ethiopia, is an enclave within Oromia regional state, students primarily from Oromia state accused the Ethiopian government of attempting to take over land owned by local farmers in the name of integrating adjacent Oromia towns into the sprawling city of Addis. The students further alleged that if implemented, the Masterplan would result in Addis Ababa further encroaching into the territory of Oromia.

The government rejected the accusation, claiming that the Masterplan was intended only to facilitate the development of infrastructure such as transportation, utilities, and recreation centers.

When the protests began the students’ main demand was the complete halting of the Masterplan. In May 2014, the government did momentarily halt the plan in order to abate the protests after at least nine were killed and hundreds of ethnic Oromo students were imprisoned. But when the government decided to resume plans to implement the Masterplan in November this year resentment boiled over again, resulting in the currently two-week-old student protest leaving at least ten people dead and many injured.

Since the highly contested 2005 national election, forceful evictions and urban land grabbing have become frequent in Addis Ababa. The capital city’s rapid growth has resulted in increasing pressure to convert rural land for industrial, housing, infrastructure, or other urban use.

Diaspora-based advocates say the unrest in Oromia is just a part of the general unhappiness that prevails in the country. They accuse the government of working for the benefit of a few people at the expense of others. They even suggest that the Ethiopian government covertly encouraged informal settlement on the outskirts of Addis Ababa so that they could later find a way to intervene under the guise of rebuilding the slums and lease the land to real estate developers.

Ermias Legesse, a high profile government defector, traces the cause of the Oromo student protest to events that took place 15 years ago. In his book, “Addis Ababa: The Abandoned City”, Ermias notes that since 2000 the Addis Ababa city municipality, with the support of the federal government, enacted five different pieces of legislation to “legalize” the informal settlements, and then sold the “legalized” lands to private property developers.

Most informal settlers on the outskirts of Addis Ababa manage to establish themselves for a period of time until they are displaced by government. “Sometimes the informal settlers are given only a few days’ notices before bulldozers arrive on the scene to tear down their shabby houses and lay foundations for new investors,” Ermias said in an interview with a diaspora-based television channel.