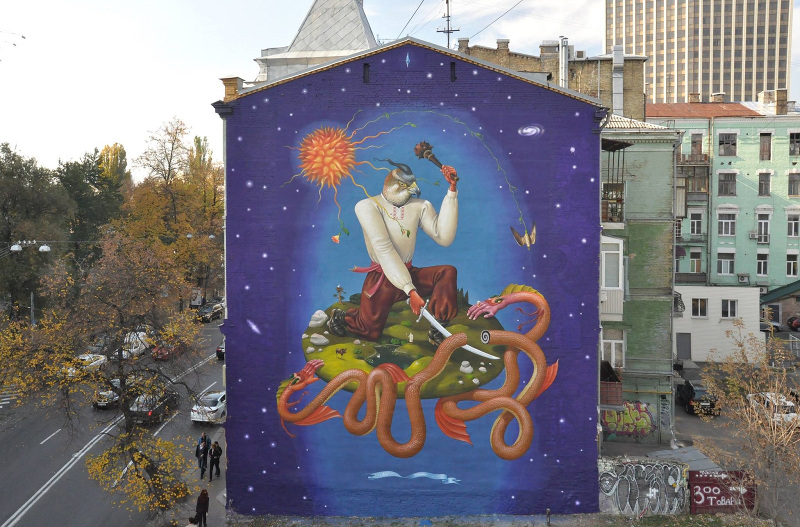 This recent mural by Ukrainian street art collective Interesni Kazki can also be found on the interactive map. Image from ilgorgo.com, CC-BY 3.0.

Street art and wall murals are becoming wildly popular in Ukraine: every week brings news of a new wall in one city or another filling up with the results of some artist's creative labor. One Kyiv citizen is trying to make it easier for art hunters to keep track of all the new works appearing on the capital's streets.

Sergii Gryshkevych created an online map of all the murals that have popped up in the city during the last two years. The interactive map already has over 30 locations marked, most of them in the city center.

The online mural map shows a dense concentration of art in the city center. Image from kyivmural.com.

Each object on the map shows a fairly exact location of the mural and is accompanied by a photograph that pops up when users click on the mark. 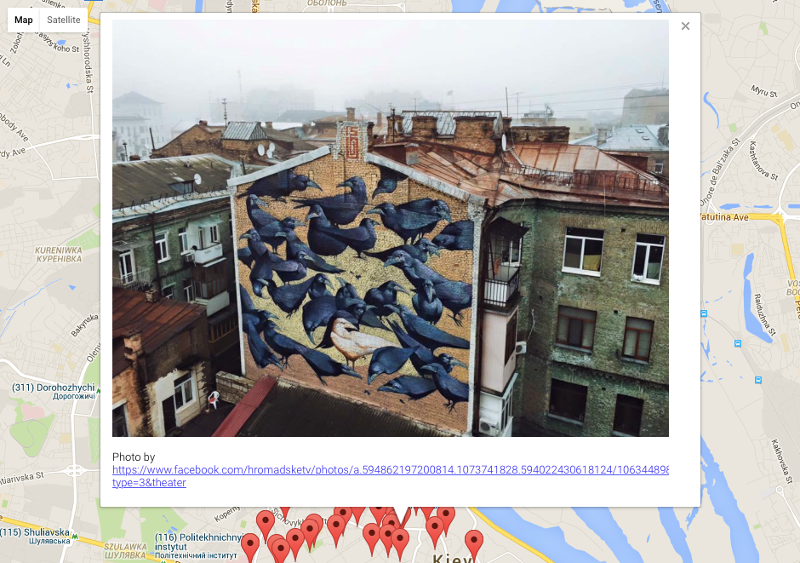 This striking mural with ravens is on Reytarska street—close to a semi-secret yard where a few actual ravens live in a large cage. Image from kyivmural.com

The website's creator seems to think the murals are a positive development for Kyiv, and notes that the new trend (and the availability of empty walls allowed to serve as canvas) has drawn many international artists to add their works to the roster.

During 2014-2015 artists from Ukraine, Spain, Argentina, Australia, Germany, Great Britain and Portugal have decorated over 30 houses with murals—and the trend continues. The murals have already become a real jewel of Kyiv and have every chance of becoming its trademark attraction.

Gryshkevych expects to add more murals to the map in the nearest future, and is asking Internet users to send him tips about new locations where work is in progress and images of completed street art. 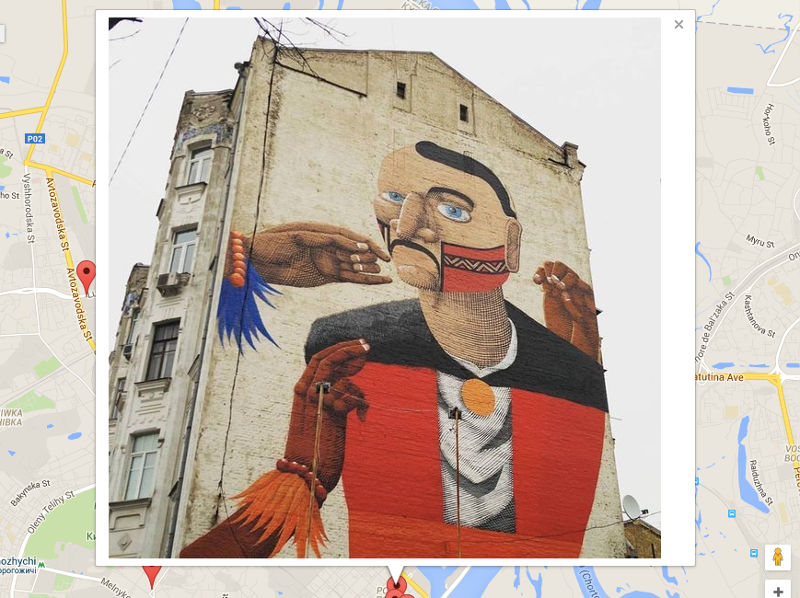 This handsome gentleman was finished on a wall near Kontraktova square in historic Podil just a few weeks ago. Image from kyivmural.com