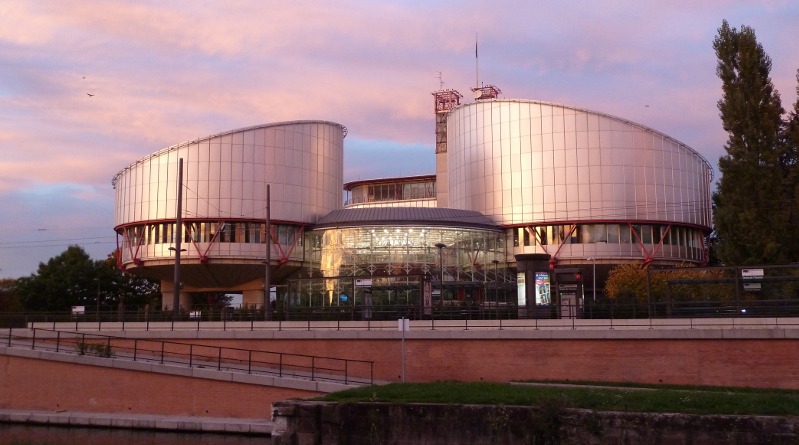 Russia's new law seems to be aimed at avoiding decisions by the European Court of Human Rights (pictured), but recent changes to the draft text suggest a broader mandate. Image from Wikimedia Commons.

If you thought it couldn't get worse for civil society and human rights protections in Russia, you were wrong.

Why did the Russian Constitutional Court do this? Because the European Court of Human Rights had slapped the Russian government with a $2.5 billion judgment in the Yukos case [3] based on unfair tax proceedings in Russia.

The new draft law, however, goes far beyond the creation of a separate legal mechanism for European Court of Human Rights decisions. In fact, the language has been loosened up to broadly include any international human rights body.

For instance, there is no reference at all in the text of the bill to the European Court of Human Rights. Instead, the draft law broadly relates to “decisions of inter-state bodies for the protection of the human rights and freedoms.”

Moreover, as the draft law progressed through committee, the title shifted from decisions of “inter-state judicial bodies” to “inter-state bodies.” This shift occurred between first and second readings of the bill:

“Chapter XIII1. HEARING CASES ABOUT POSSIBILITY OF RENDERING COURT DECREES OF AN INTER-STATE JUDICIAL BODY FOR THE PROTECTION OF HUMAN RIGHTS AND FREEDOMS

“Chapter XIII1. Hearing cases about possibility of implementing decisions of an inter-state body for the protection of human rights and freedoms

Even the word “decisions” has mutated between readings from постановления (decree)—used when rendering court decisions—to the more innocuous решения (decision), which would ostensibly relate back to the decision of any international human rights body.

These changes to the draft law have caused debate within the Russian legal community.

Deputy Chairman of the Committee on Constitutional Law and State Building Dmitri Vyatkin (United Russia), on the other hand, argues [4] that bodies like the Human Rights Committee don't render “decisions” but rather produce reports, so they wouldn't be implicated under the law.

Vyatkin forgets, however, that Russia is a party to the First Optional Protocol to the International Covenant on Civil and Political Rights [5], which allows the UN Human Rights Committee to render decisions based on individual complaints. In fact, the Human Rights Committee recently entered a decision [6] against Russia, finding that a local anti-LGBTI law violates the International Covenant. Other international human rights bodies have similar decision-making mechanisms.

In sum, what was supposed to be a Court-blessed runaround against the $2.5 billion Yukos judgment (and similar judgments), has now turned into a tool for shirking Russia's international human rights obligations. For Russian civil society this spells disaster. When this law ultimately passes, the only avenue to protect fundamental rights—the international sphere—will only provide a superficial remedy. All the government would need to do to avoid sanctions would be to seek review by the Constitutional Court under the special legal mechanism.