Why Doesn't It Rain in Guinea-Bissau Like It Used To? 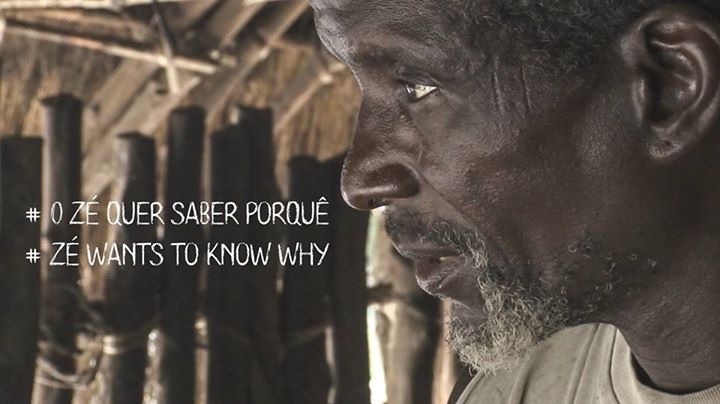 “Zé wants to know why”, a short film by Bagabaga Studios

Rainfall decrease and sea level rise are threatening the soil fertility and the subsistence of the people of Guinea-Bissau, a recently released video by Bagabaga Studios reports.

At the end of August, a small community of 435 inhabitants located in a remote area of difficult access on the north coast of Guinea-Bissau called Elalab saw most of its rice crops destroyed by sea water. “For Felupes people — Elalab’s main ethnic group — this cereal represents wealth and autonomous livelihood,” the synopsis of the video explains.

A news report from the website O Democrata adds that “the floods broke the protective dikes that served as a barrier and prevented the entry of salt water in the areas of fresh water where the base of the diet of Guinean was cultivated and already grown.”

Bagabaga, a Portuguese digital media co-op, visited the region and spoke with one of the residents of Elalab village, Zé, who has “never heard of global warming but easily points out changes to the seasons and how it affects his everyday life.” Zé makes his living from fishing and rice production, and “doesn’t understand why all this is happening.” Thus he asks:

When we were young, the heat only arrived during the dry season. Now everything has changed. The rice fields have become saltier. Fish aren’t of size anymore. Even the acajou tree, that blessed all with shade, has died. During the days of our parents generation the salt water didn’t reach the village. After plowing the land, all the rice has died. Everything is ruined. Everything. That’s how life is unfolding. That’s how we’re struggling to survive. This is the punishment we’re facing at our home. In August, sea level has reached the highest in its history. It’s one of many villages in Guinea-Bissau threatened by extinction. People ask themselves: why did it once rain so much and now it doesn’t?

The short video was released in the same week that the 2015 Paris Climate Conference (COP21) began, bringing together decision-makers from 195 countries for 12 days to reach a binding agreement towards the reduction of worldwide carbon emissions.

Guinea-Bissau's President José Mário Vaz addressed the summit stressing that the small West African nation is one of the most vulnerable countries concerning the effect of sea level rise. A map of the impact of climate change by the Center for Global Development ranks Guinea-Bissau third in terms of overall vulnerability to sea level rise and eighth on overall vulnerability to agricultural productivity loss.

“The effects of climate change are being felt by people across Africa,” an article published by Global Voices partner 350.org, on August 28, explains. “Evidence shows that the change in temperature has affected the health, livelihoods, food productivity, water availability, and overall security of the African people.”