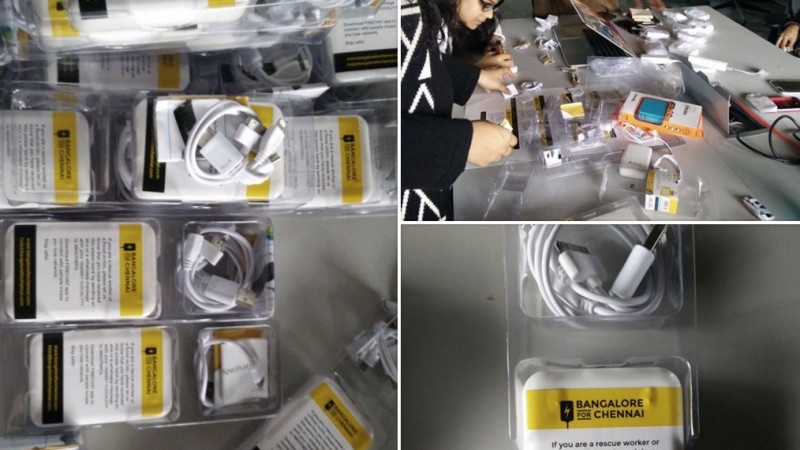 Several states in South India are experiencing severe floods due to excessive rain. Chennai, the capital city of the Indian state of Tamil Nadu, has been the hardest hit. Although the annual monsoon season lasts from June to September, Chennai saw an extended rainy season, with November becoming the wettest month in the past century with 1218.6 mm of rain – three times its monthly rainfall.

Most of the city was submerged under water after 374 mm rainfall was recorded on 1 December alone. More than 280 people have died in the past week, with hundreds of thousands stranded without electricity and food. The flooding has affected business in the city, which boasts an auto manufacturing and IT hub, as companies closed with instructions for employees to stay home or work from home.

The situation is terrible indeed, but India's national media outlets were slow to give the Chennai floods coverage, for which they were much criticised.

Front pgs of national newspapers today: @IndianExpress & @timesofindia don't even have a mention of #ChennaiFloods pic.twitter.com/0JCgafjt04

In a video blog, journalist and TV presenter Rajdeep Sardesai blamed the lacking coverage on the “tyranny of distance” — referring to the fact that many of the national outlets are headquartered in Delhi, nearly 2,000 km away from Chennai:

For a long time, there has been a sense that southern India believes that the national capital located in Delhi and the “national media” has ignored its concerns and what's happened in Chennai perhaps only confirms their worst fears. In fact, what is more troubling in a way is that the nature of the coverage only confirms a north-south divide, where events that take place in and around the national capital get far more coverage or perhaps disproportionate coverage than what happens in the southern part of India.

I think the solution is changing mindsets. All of us have to recognize that if we want to be national, then news from every part of the country must get space.

Prime Minister Modi announced an additional 10 billion rupees (about 150 million US dollars) would be allocated for flood relief efforts, alongside the 9.4 billion rupees already released.The army and the National Disaster Response Force have been deployed to rescue people stranded in their flooded properties. More than 10,000 policemen and swimmers are also taking part in the rescue effort. The inundated airport, poor road connections, lack of electricity and breakdown of telecommunication links has severely hampered rescue operations.

The extent of damage was evident in social media as people shared photos and videos with hashtags such as #Chennairains and #Chennaifloods:

We had to cancel 23 trains,11 were diverted and 8 trains were partially cancelled due to heavy rains: Anil Saxena, Railway PRO #ChennaiRains

The website Chennairains.org was created to offer information such as a crowdsourced list of places and people offering shelter as well as aid available. 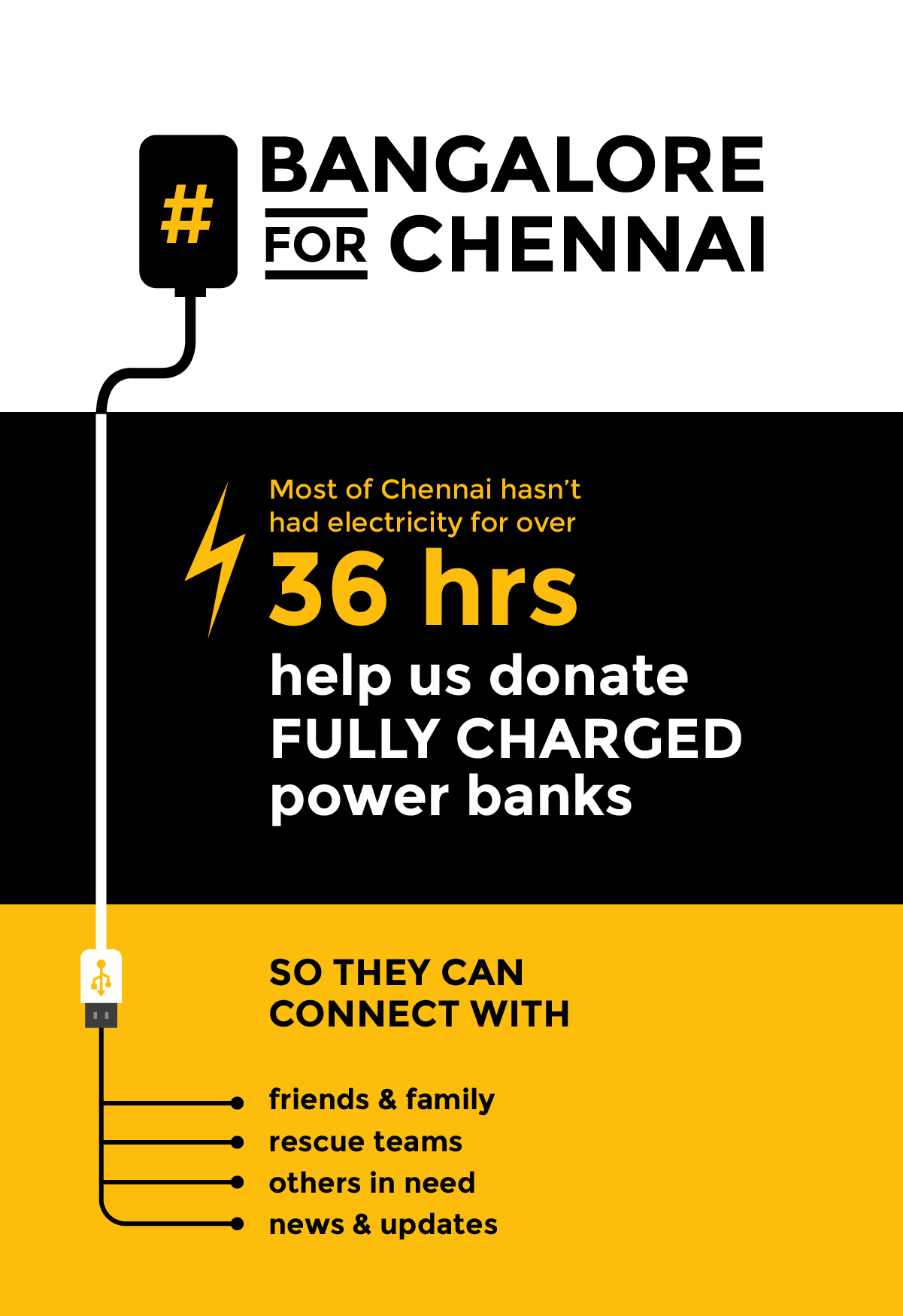 Poster explaining how power banks will help the flood victims. Image via Bangalore for Chennai

Facebook activated their “safety” button, in which people located in the area can notify their friends that they are all right.

Tweets and Facebook updates were used to coordinate volunteers to collect and distribute aid to the flood victims.

One initiative, Bangalore for Chennai, is working to provide power for the stranded flood victims without electricity.

While officials at the India Meteorological Department have pointed to an exceptionally strong El Niño weather phenomenon, they could not suppress the fact that Chennai has failed in maintaining an effective storm water drainage system. According to The Indian Express, there are more than 150,000 illegal structures in the city and more than 300 tanks, canals and lakes have disappeared in the past decade due to rapid urbanisation.

As per latest reports, the flooding risks getting worse as more rains are expected through the weekend in Tamilnadu region. Chennai’s international airport, which was closed on December 2 because the runway was under seven feet of water, will remain shutdown until Sunday, December 6.