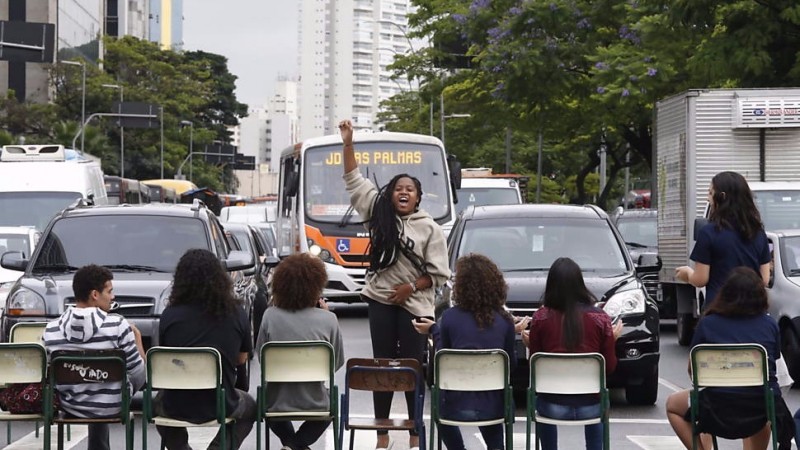 Under the state's “reorganization plan,” 43 percent of the schools in Sao Paulo will offer only one of the three levels of education in the Brazilian system, instead of offering primary through secondary education all under the same roof. In Brazil, basic education is divided into three levels: two kinds of “elementary school” (first to fifth grade and then sixth to ninth grade) followed by a final three years of “high school.”

Leaked by independent media collective Jornalistas Livres (Free Journalists), an audio file now circulating online was recorded at a secret meeting that took place on Sunday, November 29, between Fernando Padula, the chief of staff of the state Secretariat of Education, and school directors. In the tape, Padula says, “We will fight until the end and we will win. We will demoralize and disqualify the movement.” He accuses the occupation movement of being “political and partisan,” and “deviating the focus from Brasilia.”

After the audio leaked, protests were organized inside and outside the schools on December 1 and 2, and demonstrated faced violent crackdowns by the police, with some students detained. 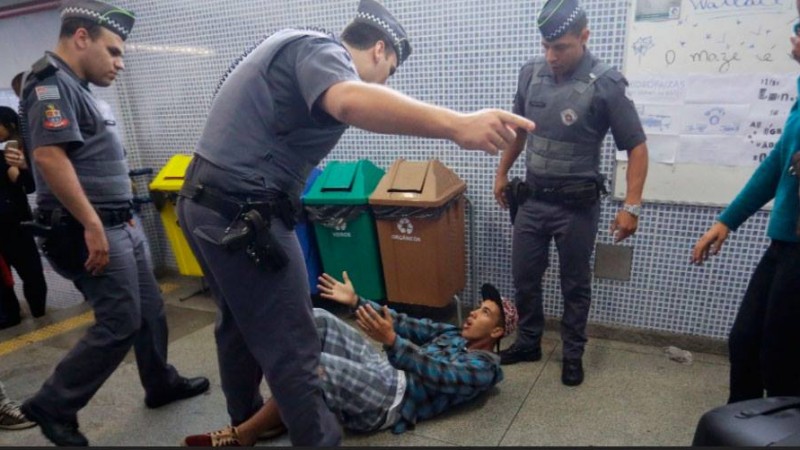 In the school Maria José, a few parents of students against the movement entered the campus in an attempt to end the occupation. On Facebook, students reported that the police backed the parents, and used pepper spray against occupiers, despite the absence of a judicial order to enter the school. One female student says she was assaulted by the school's own principal.

“This week is crucial. It is time to show them that we will resist,” a student told the website Nexo.

Protests against the reorganization started as soon as the plan was announced, in the beginning of October. As the protests against the reorganization have gained momentum, students started to occupy their own schools, taking shifts with cleaning and cooking and the general maintenance of the schools, sometimes with the help from parents, teachers, and some social movements. 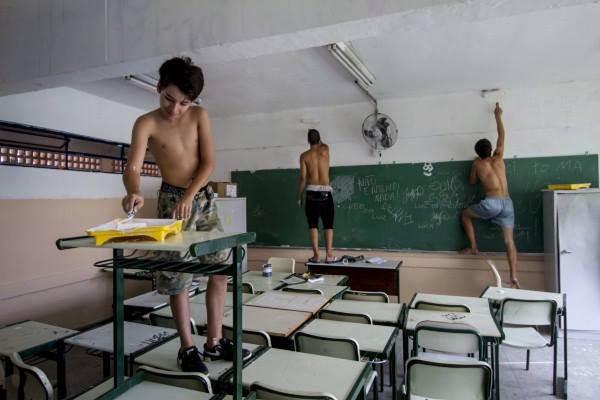 In another school, students even installed new showers in a bathroom, bought with their own pocket money.

During the past month, in Whatsapp groups used by the students to communicate across different schools, students have shared a manual drafted in 2011 by secondary students in Chile, who that year occupied 700 schools in demonstrations for better public education.

Present at the meeting, and introduced to the group by Padula, was a man named Leandro—a member of the Movimento Ação Popular (Popular Action Movement), connected with the Sao Paulo-ruling Brazilian Social Democracy Party. While being recorded, Padula explained how Leandro would help coordinate the so-called information war.

Roney Glauber, the coordinator, told the newspaper O Estado de S. Paulo that his organization has been visiting occupied schools and holding assemblies to “explain the reorganization” to demonstrators. On November 21, they created a counter-Facebook page named “Give me back my school.” So far, most of the group's posts claim the occupations are being orchestrated by a collaboration between the Worker's Party, the Federal Government, and leftist social movements. 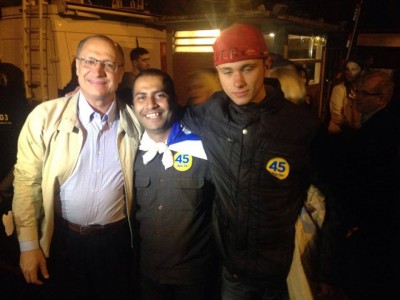 Students have reported how the government's tactics have been playing out on the ground. On the page “Don't Close My School,” activists are denouncing how some strangers entered the campus at E.E. Coronel Sampaio School, in the city of Osasco, and started setting fire to books and stealing computers:

Later, on the 12 o'clock news, a broadcast at TV Globo presented a drastically different version of the break-in, theft, and arson, accusing students of abandoning the campus “voluntarily,” after which school officials entered the facility and supposedly discovered everything trashed.