In Twitter’s Crackdown on the Ayatollah's Bots, Journalists Are the Collateral Damage 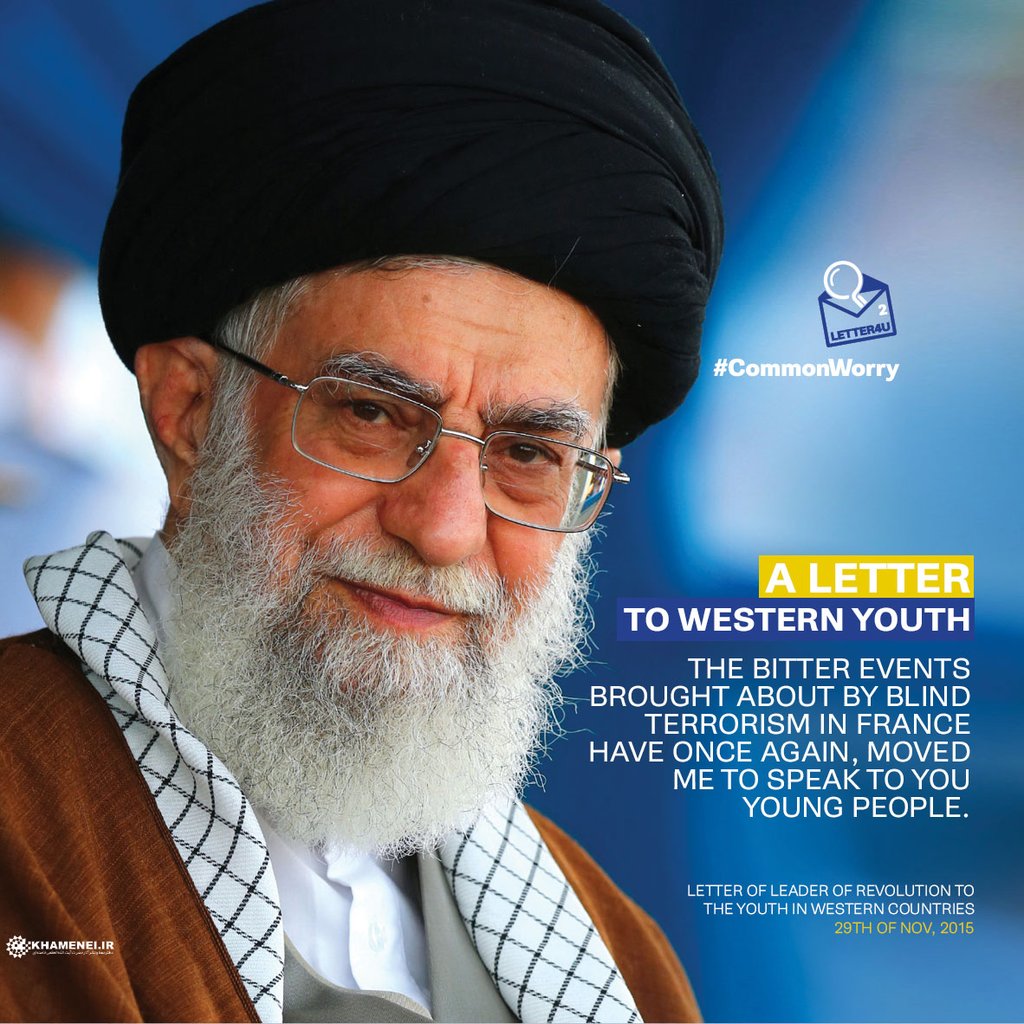 As part of the #letter4u campaign responding to the Paris Attacks, Iran's Ayatollah Khamenei has been trying to do outreach with “the young people of Europe and North America”. Many bots have hijacked various other hashtags unrelated to the campaign to include photos such as these, or links to the actual letter.

In response to the November 13 Paris attacks, Iran's Supreme Leader Ayatollah Khamenei has continued his outreach effort to the “youth of Europe and North America”. This project started following the Charlie Hebdo attack in January 2015. The campaign became well known for its use of bots to populate the related hashtag, #letter4U, leading Twitter on an unsuccessful cat-and-mouse game to eliminate these bots, culminating this week in the suspension of accounts belonging to several well known Iranian journalists and analysts, who happened to report on the same hashtag.

Khamenei started this outreach effort on November 29 with a series of tweets using the #Letter4U hashtag, which culminated in the publication of an open letter explaining the problems of terrorism and the appeal of Daesh (also known as ISIS) as an outcome of the failure of the foreign policy of the US and its allies—a familiar theme in much of his social media posts.

Bitter events by blind terrorism in #France once again moved me to speak to you young people. #ParisAttack #Letter4U pic.twitter.com/ndbSd3e2MS

Full text of letter from Ayatollah Khamenei to the youth in western countries #Letter4U https://t.co/n5cehXs3dZ pic.twitter.com/NAkCNdnozk

The spamming efforts of bots promoting the #letter4u campaign weren't the first time one of the Ayatollah's online campaigns has triggered a response from Twitter. In a regularly-updated blog post titled “The Ayatollah's Spam Bots,” American blogger Morgan Carlson documents how these bots have operated:

There are hundreds if not thousands of accounts, most of them with over 10000 tweets. Twitter has a limit of 1000 tweets per day, and the accounts seem to have been created with this in mind. Many of the accounts use fake photos taken from a variety of places. Some of them show celebrities, while others journalists or other media personalities.

Morgan also noted that a lot of the accounts he's identified as bots were suspended by Twitter in the period immediately following the beginning of the campaign, however a new series of accounts emerged in June, when Morgan noted “and Twitter doesn't care”. The bots, however, slowly ceased their activities a short while after the summer surge. In November, with Khamenei's #letter4u campaign, these accounts reactivated. Some of the bots were in fact attempting to hijack other popular and trending hashtags unrelated to the letter4U campaign, posting tweets with links to photos of messages related to the open letter, or simply linking to the letter itself. Iranian Internet researcher Kevin Miston identified a batch of bot accounts and the associated number of hashtags for each account:

While these accounts still appear to be active and un-suspended, other well-known Iranian Twitter accounts belonging to journalists haven't been so lucky. Several reporters have been suspended on Twitter for posting content related to Khamenei and his campaign. For example, Iranian political analyst Adnan Tabatabai posted a link to Khamenei's recent English-language open letter and was subsequently blocked.

A similar incident occurred with Abas Aslani, the director of the Iranian based Tasnim News Agency's foreign desk. Twitter was in touch with Aslani to warn him to be sure his tweets were not violating Twitter Rules. Aslani reported that the tweet that had triggered the suspension appeared deleted, and he later tweeted his account was suspended for a second time.

After suspension & then being back, Twitter said one hour needed for my account to return to normal condition. pic.twitter.com/vRjUH9M2qW

My tweet “full text of #Iran leader's letter to the youth in West re #ParisAttacks” has been deleted from my tweets. https://t.co/z4jbdm7LPF

Since November 30, however, there have been no more reports of such suspensions, while spambots have continued sharing photos or snippets of Khamenei's open letter.

To read past Global Voices coverage on this topic read Iran's Supreme Leader Tweets Commentary on Global Conflicts, Blaming the US and Khamenei's #Letter4U Bots Still Active Four Months After Its Launch.