Hope for a Unified France Shines Through the Hate and Fear 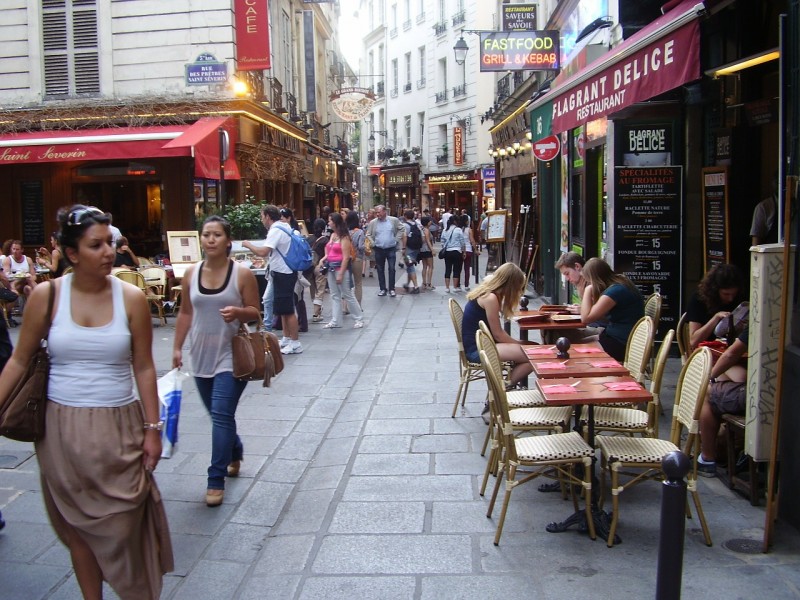 Three weeks after a series of coordinated attacks left 130 people dead, where does Paris stand at the moment? Authorities have heavily secured the capital and launched a crackdown on those possibly planning further violence in the name of brutal militant group ISIS (also known as Daesh), which took credit for the bloodshed. The atmosphere has definitely shifted in the city of lights, but citizens are trying to move past the attacks and go on with their day-to-day lives.

In the midst of fear, can there be a dash of hope for a more unified France?

Within France, there are two concerns that arose following the attacks: 1. Will the Muslim community face discrimination over what these violent extremists claim to do in the name of Islam, even though Muslims in France and around the world have condemned that twisted ideology as un-Islamic?, 2. Will this increase the popularity of the extreme right-wing party, the Front National, as presidential elections are less than two years away?

But these negative consequences notwithstanding, there is also potential for a more united France. Several hashtags trended after the massacres; one of them #Nousommesunis (We Are United) even got its own website and Facebook page. It received much more attention than the #terrorisme (terrorism) hashtag, an indication of the desire to stand together. One Twitter user observed:

The Muslim Students of France posted a video on YouTube using the hashtag to show their emotions after the attacks. In the video, a few students hold up the sign #nousommesunis, while a narrator express support for unity in the face of adversity. It ends with: “One for all and all for humanity, we are and will forever be united” right before a verse of the Qu'ran is shown:

Another hashtag that trended was #pasenmonnom (Not in My Name), used by French Muslims to assert that this horrific violence violates their faith. As with other recent extremist attacks, some have expected Muslims to apologise, despite it having nothing to do with them  — a standard not imposed on people of other faiths that arguably creates further division. Regardless, Muslims have spoken up on social media to defend their religion that is being tainted and to show their solidarity.

The 8 animals that have committed these attacks, do not represent me, they taint my religion and my image! #NotInMyName

Attacks or rather murders in #paris, I am from the Muslim culture and I say #NotInMyname. RT please.

Another Muslim man took action in a different way, going to Place de la République in Paris and donning a blindfold. Next to him were two signs, one that read,”I am Muslim but they tell me I'm a terrorist”, and the second, “I trust you, do you trust me?”

Unfortunately, there were still acts of hatred carried out against Muslims in France following the attacks, despite the heartening sentiment of unity promoted on and offline. This is an opportunity for France to stand together against a common enemy: Daesh propagates fear and hatred, not just with attacks but with sophisticated use of social media. If the reaction despite the losses is to stand stronger, to unite, then they lose.

After all, there is an appropriate French saying that goes: “La bave du crapaud n'atteint pas la blanche colombe” (“The toad slime does not reach the white dove”).