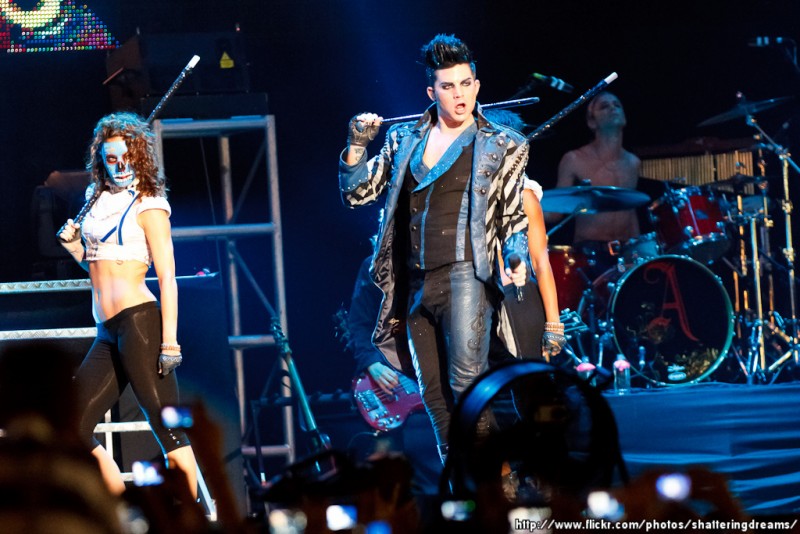 The petitioners argue that Lambert might perform ‘lewd acts’ that could offend the concert audience and TV viewers. A counter petition supporting Lambert was also launched and has already gathered more than 24,000 signatures.

The original petition highlighted Lambert’s promotion of LGBT rights, which the petitioners claimed is “contrary to mainstream Singaporean values.”

Adam Lambert is hardly the kind of performer to send off our historic Jubilee Year or to usher in the New Year. His track record displays a flagrant disregard for the sensitivities of his audience – including whether or not children are watching. Singaporeans can enjoy a good show without their consciences being affronted by lewd acts in the name of entertainment. In addition, a simple online search would reveal that he is well-known for his active promotion of a highly sexualized lifestyle and LGBT rights, both of which are contrary to mainstream Singaporean values.

After it was criticized by the LGBT community, the text of the petition was edited by removing references on Lambert’s sexuality:

Unfortunately, our concerns to address the probability of lewd acts on a public platform have been downplayed and turned into yet another political LGBT rights issue.

A counter petition was launched by those who claim to be the ‘moral majority’ of Singapore in support of Lambert’s scheduled performance this month.

Please allow Adam Lambert to perform in Countdown 2016 to demonstrate to the whole world that Singapore is a country that shuns discrimination and promotes diverse inclusive points of view.

Responding to the petition against him, Lambert promised that his show will be a “thoughtful and sophisticated insight into the pursuit of happiness and self-worth.” His statement was released on Facebook by his music label:

My performance at Celebrate 2016 will not only be a spectacular one, it will celebrate the entire human family in all its diversity. I am a uniter, not a divider, and I believe in celebrating the human heart and spirit.

One of the early supporters of the petition against Lambert is Focus on the Family, a Christian charity organization:

Would you be okay with your children watching this? We, at Focus, support initiatives to promote healthy family entertainment. Join us as we strive to build a safer and more wholesome environment for our children.

The group is referring to some of Lambert’s shows in other countries which featured men kissing each other.

But Lambert’s supporters reminded his critics that the singer has performed twice in Singapore without generating controversy.

Nic Lim, administrator of an LGBT group in Singapore, urged the anti-Lambert petitioners not to focus on the sexual orientation of the singer:

To reduce a performer to his or her sexual orientation is not just offensive but degrading and unbecoming of a civilized society.

For activist writer Kirsten Han, she advised the petitioners to simply turn off the TV if they find Lambert’s performance not suitable for children:

…even if he does something you don’t condone and your kids happen to see it, you can always turn the television off and explain your point of view to them. That’s part of parenting, after all.

But some of those who signed the petition clarified that they are not against the sexuality of Lambert but only with his ‘lewd acts’ on stage.

Mediacorp announced the Lambert will proceed with his performance at the end of the month.

This issue once again highlighted some of the challenges faced by the LGBT community in Singapore, a society where sexual activity between men remains a criminal offense.