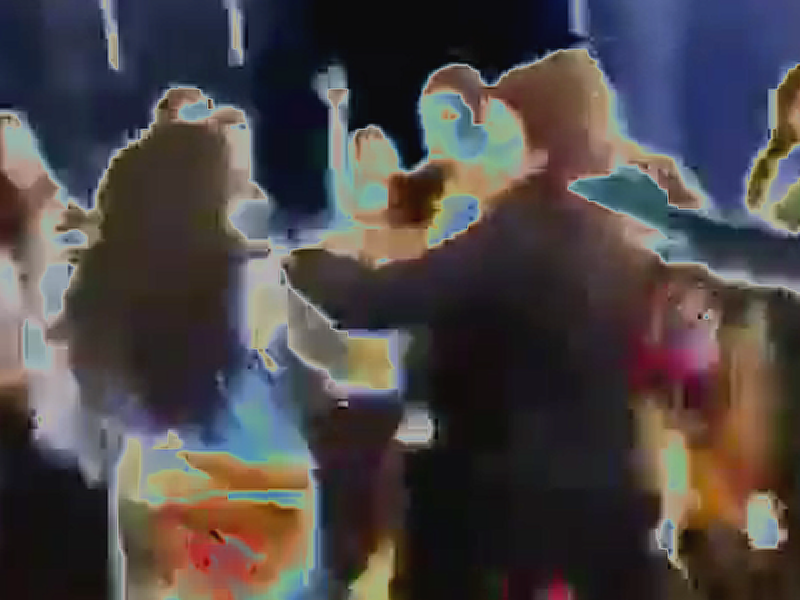 Every year during the US post-Thanksgiving Day Black Friday sales, videos of brawls in the midst of the shopping madness at “big box” stores like Walmart and Target go viral.

This year in Pakistan, on the same day, a video was widely shared of women fighting during a one-year anniversary sale at the retail store Sapphire, which claims to provide “affordable designer clothes to the masses.”

The Sapphire sale—like the doorbuster Black Friday sales at Walmart—is designed to create a mad rush. Sapphire marked down limited, heavily-marketed and widely-desired products by 50%. If you didn't get to the item first, you wouldn't get it at all.

Some call it competitive shopping. It’s retail as a contact sport, designed for pushing and shoving.

At Walmart or Target, the madness usually involves some popular toy or video game that a desperate parent is trying to buy on sale as a Christmas present for their child. Families that wouldn’t normally be able to afford these products save up all year to make these big purchases. Studies have shown that the typical Black Friday shopper is non-white, or a single parent. They stand in line for hours for this one item, and when the doors open there’s a mad rush and the shelves are empty within minutes. Desperation mixed with scarcity is a dangerous combination, and some desperate shoppers lose it.

When I first saw the Sapphire spat video mentioned in my Twitter feed, I ignored it, like I usually ignore all Black Friday brawl videos. As a critic of consumerism, I see no value in shaming individual consumers. I try, rather, to understand the larger structures that underpin and perpetuate this relentless drive to acquire material goods.

But as I saw more and more people sharing the video the story took on a life of its own. A story about a few consumers fighting over clothes morphed into one about shaming all “privileged, materialistic aunties”. This sounded a whole lot like the commentary you see in the US when “rich people share Black Friday brawl videos to shame the poor” and something about the privileged shaming the less privileged felt really wrong.

But aren't the women in the video “privileged”? Maybe some are, and maybe some aren't. Privilege and power exist on a spectrum, especially in countries like Pakistan. The video and the fervor with which the video was shared made me stop to consider the conditions that could create this madness in Pakistan.

This doesn't mean I condone violence of any kind, especially violence over clothes. People who know me, know that I apologize to the chairs I bump into. So justifying this violence would be a really stretch for me. But I do think that it is important to stop and consider the factors that could possibly trigger such rage.

Does Pakistan's social system—which systematically rewards women and girls who display the garb of privilege and chronically shuns those who don't—carry some blame?

Perhaps the women in the video were fighting for more than an outfit. Perhaps that sale offered some families a short-cut to a kind of privilege that they normally couldn't afford for their daughters, like the marginalized parents in the US who brave the Black Friday sales frenzy because they live in a society where their child's social standing is improved by the toys they own or they clothes they wear.

Or perhaps some of these women are in fact “privileged women from wealthy families” forced to live on tight budgets.

Two different circumstances, but both are systemic and almost impossible for individuals to escape.

Even in Pakistan's big cities the latter condition is prevalent amongst the “privileged” and is an outcome of the massive imbalance of power and privilege between genders within the family unit. Some men have complete control of the family budget; the women in their families aren't allowed to work outside the home. Some women are discouraged by their families from working, or they are simply discouraged by the many challenges that working women in Pakistan face, including unchecked sexual harassment, inadequate public transport, and a generally misogynistic culture. For many women outings and socializing is limited to family or social gatherings, where they are expected to look their best, perhaps by sporting a Sapphire outfit.

I look at the Sapphire video and think about those urban Pakistani women—even the ones that seem “privileged”—who have been stripped of their own agency, pushed and shoved into maddening spaces and circumstances—not by choice, but by design.