Welcome to the #StandwithRussia Movement 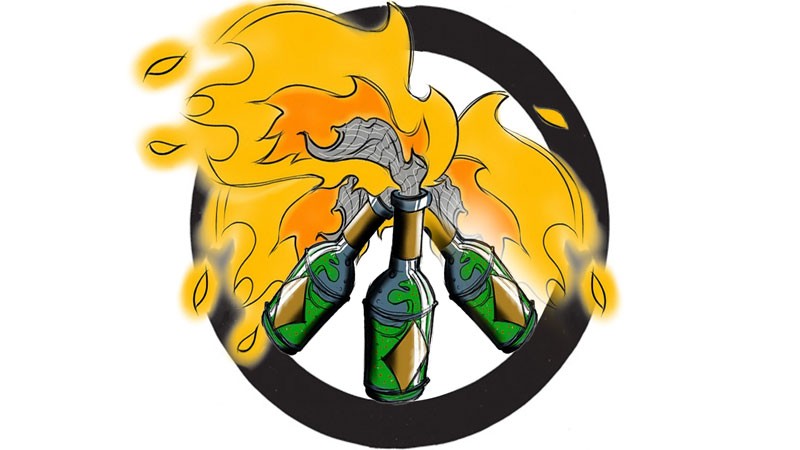 Following the Turkish Air Force's attack on a Russian Sukhoi Su-24 jet yesterday near the Syrian-Turkish border, protesters assembled outside Turkey's embassy in Moscow, throwing rocks and eggs, and even breaking a window. Russians are expressing their anger online, as well, launching a wave of one-star reviews on Google Maps of Turkey's Moscow embassy.

“They support terrorism,” says one recent review. “Your role in world history has always been that of a prostitute!” another angry reviewer writes. “Did you vermin forget who won in eight Russo-Turkish wars?” asks a woman named Natalia Vasilyevna. 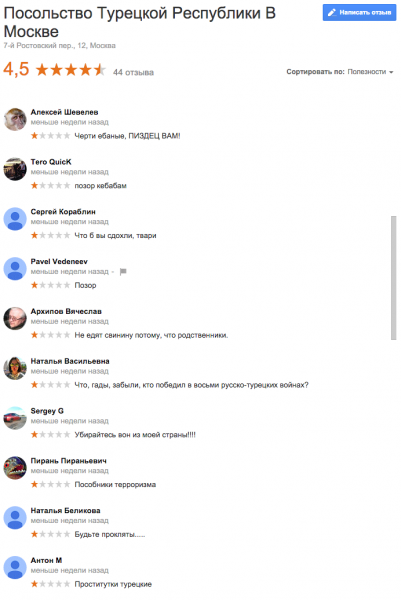 Despite today's wave of negative reviews, Google Maps still displays a 4.5 overall score for the embassy, with a total of 44 listed reviews.

The government-run Russian news network RT published a story on November 25 claiming that Internet users around the world have begun sharing the hashtag #StandwithRussia, apparently to express condemnation of Turkey's attack on the Su-24, which led to the death of one of its pilots, as well as a second Russian soldier who was killed in a subsequent search-and-rescue operation.

One of the images RT says Internet users are sharing to show solidarity with Russia is a peace symbol with a military aircraft superimposed over the center, recalling the peace symbol the Russian Foreign Ministry promoted after determining that the October 31 plane crash in Egypt was a terrorist attack. (This earlier plane-peace symbol was itself a reference to the Eiffel-Tower peace symbol created by French illustrator Jean Jullien in the immediate aftermath of the Paris attacks on November 13.)

Asking for your support.

According to Twitter user @AndreyZalgo, however, he created the warplane-peace symbol image as a joke, before it had been revealed that Turkey's attack on the Russian Su-24 led to the loss of life.