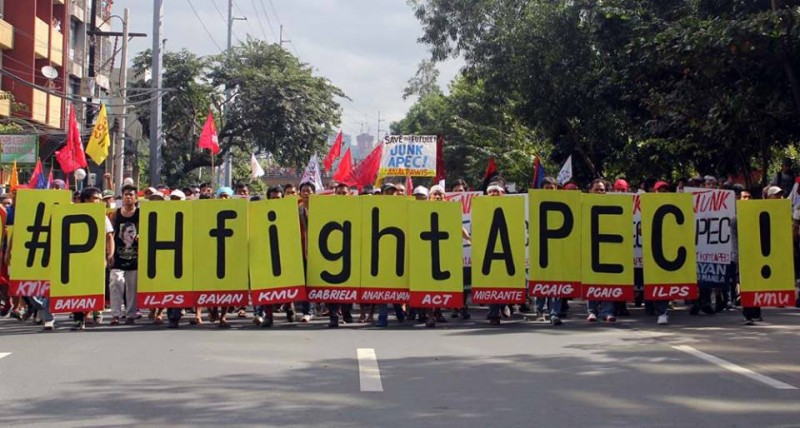 The hashtag #PHfightAPEC was used by activists during the APEC Summit in Manila. Photo from Bulatlat

Many Filipinos criticized their government’s hosting of the annual Asia-Pacific Economic Cooperation (APEC) Economic Leaders Meeting during November 18-19 because of the disruptions it caused in Metro Manila, the nation's premier urban center.

APEC is a network of 21 countries in the Pacific Rim whose goal is to promote economic integration and free trade. Twenty heads of states, including United States President Barack Obama, attended the APEC meeting in Manila.

Many netizens questioned the designation of special lanes (exclusively for APEC delegates) on major roads, the procurement of luxury cars, and the allotment of 10 billion pesos (roughly 200 million US dollars) to host the event.

The hashtags #APECtado, a play on the word affected, and #APECfail, a pun alluding to “epic fail”, were used by netizens to vent their anger over the traffic jams, cancellation of airplane flights, the sluggish Internet connection, and loss of wages from the special holidays due to the summit.

The photo below went viral as it symbolized the inconvenience caused by the APEC summit on the lives of Metro Manila residents:

This is what APEC truly means to most Filipinos (also a representation of almost everything in this country) pic.twitter.com/Qe2xRHyGdq

This photo inspired the posting of memes featuring “The Walking Dead”, a popular American TV show about a zombie outbreak: 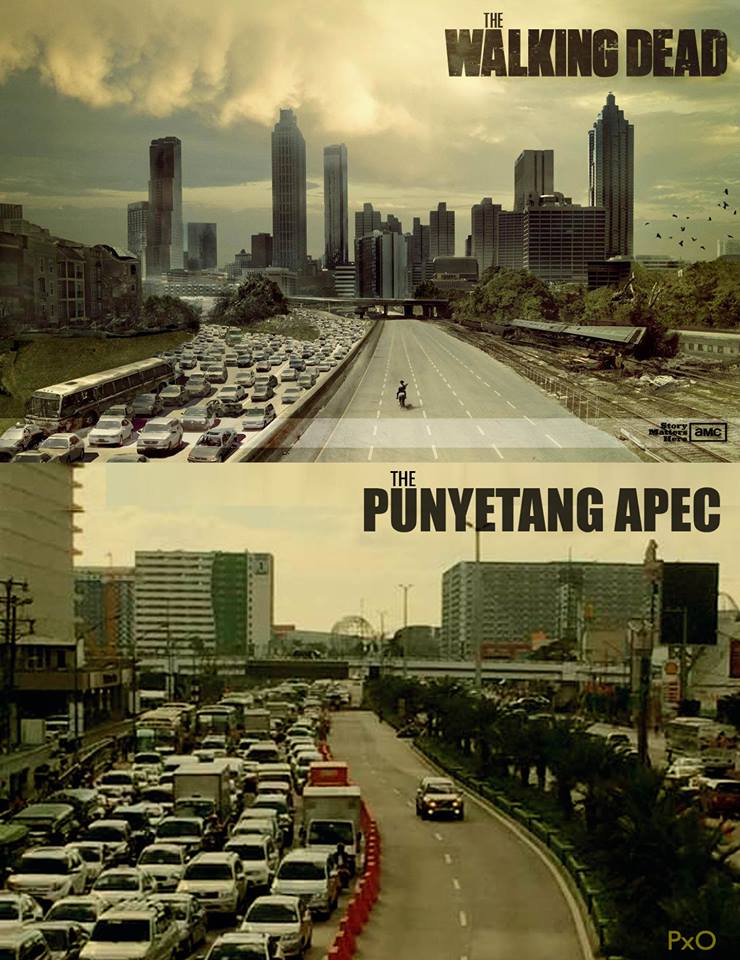 Parts of Manila became like a scene in the hit TV series “The Walking Dead” because of the designation of a special lane for the exclusive use of APEC delegates. “Punyeta” is a curse word in Filipino. Meme from the Facebook page of Pixel Offensive 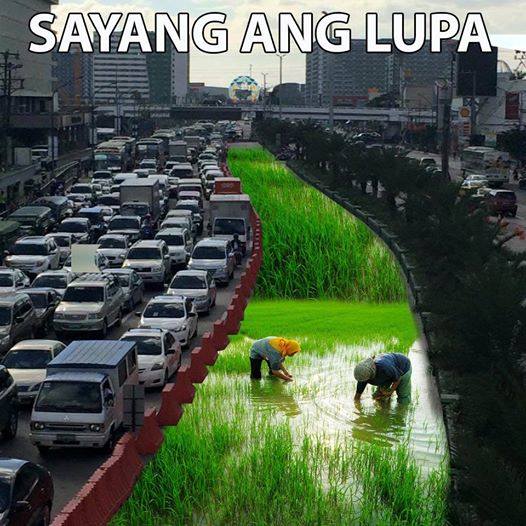 Below are some of the tweets reflecting the anger and disappointment of residents affected by the APEC event:

The net is so slow these past few days. I thought net speed will not be affected by the 8kbps allotted for the APEC delegates. #APECtado

The sun has set, the jeep has still not arrived. I fell asleep in the jeep [referring to the jeepney, a public transport vehicle in the Philippines], we haven't even reached half of the way. #APECtado

At the expense of the people. Road closure, Flights cancelled and no work no pay for workers. #APECHassle https://t.co/eso60mLLlN

Netizens likewise criticized the ostentatious and lavish expenses by the government of President Noynoy Aquino for the APEC summit to welcome foreign dignitaries amidst the persistence of poverty, inequality, hunger, joblessness endured by many Filipinos.

Crazy how Aquino shows off PH's best food for his masters in one evening while millions can't even taste those in their lifetime. #APECFail

Who benefits from it? Is it the majority of the masses or the few capitalists? Exclusive economic growth ebribadi. #APECfail — Chelna Deblois (@chelniwhyy) November 18, 2015

The government acknowledged the inconvenience caused by APEC, but it described it as necessary to show “hospitality” to foreign guests:

Thank you for helping show the world, through our hosting of #APEC2015, what Filipino hospitality means. pic.twitter.com/JvM63DdOgM

Not amused by #APEChotties hashtag

Meanwhile, not everyone was amused by how the mainstream media played up the #APEChotties bandwagon by asking who is sexier between Canadian Prime Minister Justin Trudeau and Mexican President Enrique Pena Nieto:

Remember Canada's trash and Mexico's missing 43 students. So who's your #APECbae? #APECfail

Thousands of activists and organizations of workers, indigenous peoples, farmers, women, and students took to the streets in defiance of a government ban on rallies to oppose APEC’s “free trade globalization” agenda, which they claim have enriched big countries like the United States at the expense of poor countries like the Philippines.

The police tried to stop activists from holding a program during the rally by playing songs by American pop star Katy Perry:

Dear @katyperry, PH gov't is using your songs to violate human rights. Please ask them to stop. Thanks https://t.co/CltB4F6Ry0

The protest culminated in a big march reaching just a block away from the APEC meeting venue at the Philippine Convention Center on November 19, the last day of the summit, amidst police barricades, violent dispersals, and attempts to drown the protest out with loud dance music.