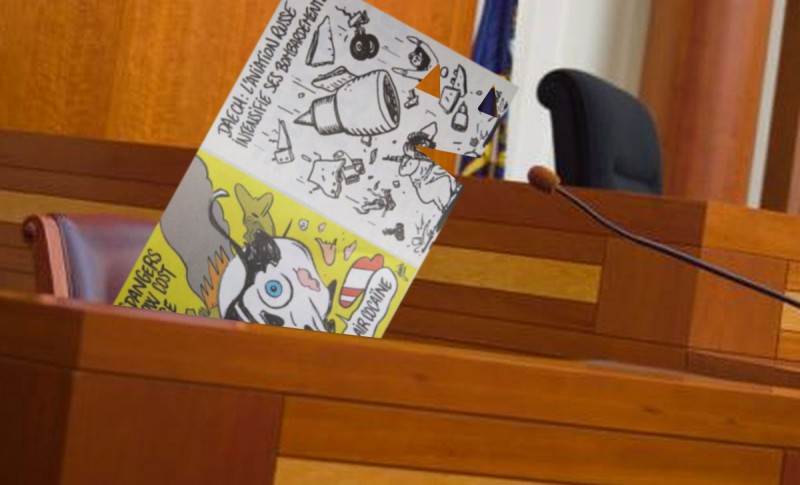 A municipal court in Chechnya has banned the French satirical magazine Charlie Hebdo's Twitter account. The court's ruling is dated November 23, 2015. In accordance with Russian federal law, the ban is effective nationwide.

In an appeal to the court, Chechen Attorney General Sharpuddi Abdul-Kadyrov explained that police discovered offensive materials on Charlie Hebdo's Twitter account on November 11, 2015. The content satirized the October 31 crash of a Russian passenger flight in Egypt that killed all 224 people on board. (The tragedy is now believed to be the result of a bombing.) Abdul-Kadyrov says [1] the magazine's caricatures on this subject are an incitement to religious and ethnic hatred, which is banned as illegal speech in Russia.

It remains unclear what Twitter account Russian officials have actually banned. Charlie Hebdo's official Twitter account [3] has not published anything since January 7, 2015, meaning that it couldn't be the account Chechen police banned for posting caricatures about the plane crash in Egypt, which occurred almost 11 months later. So far this week, Roskomnadzor has yet to add any Twitter accounts to its RuNet blacklist, nor has it reported any takedown orders sent to Twitter.