Women at Work: The Collective Now Transforming Hip-Hop in Mexico 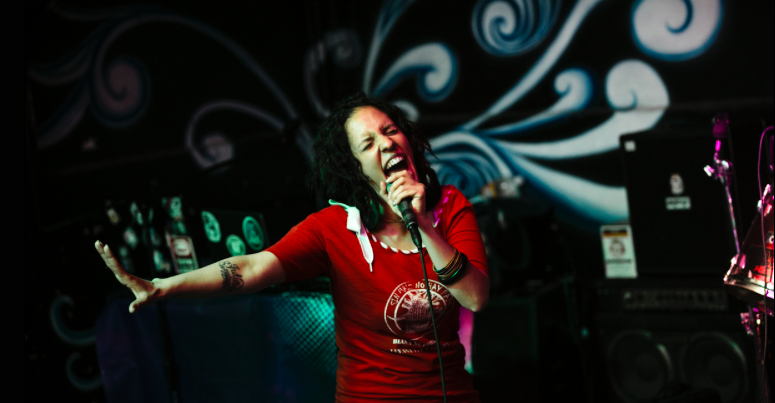 Performance during International Women's Day and the sixth anniversary of the collective held on March 8, 2015. Photo courtesy of Giulia Iacolutti and taken from the Mujeres Trabajando website with permission.

The hip-hop scene in Mexico has been rattled up by the collective Mujeres Trabajando (Women at Work), who, since 2009, have used their music, poetry, visual art, and dance to gain a foothold in an environment where misogyny and male machismo prevail. 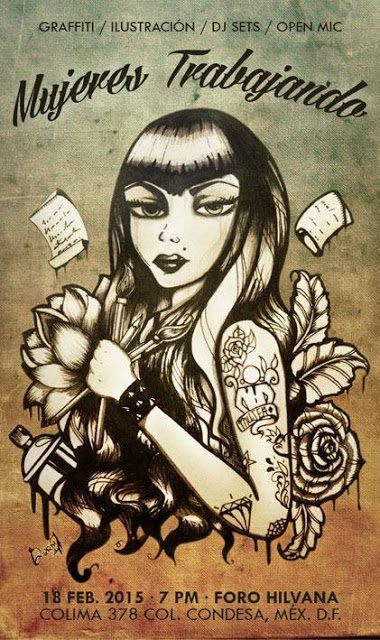 Poster produced for a “Mujeres Trabajando” event. Taken with permission from Instagram.

The multidisciplinary collective arose as the brainchild of Jezzy P and Ximbo. Nowadays, the group is comprised of twelve artists, coming from all across Mexico, who specialize in any one of the basic elements of hip-hop.

According to the information available on the group's Facebook page, one of their targets is to:

[…] spread and promote culture by showcasing members’ individual projects through shared community spaces. This then springboards women's artistic creation and spurs on the development of their talents, a holistic development of women along with their active and equal participation in the spheres of work, and art in Mexican society.”

Some of their main activities include organizing concerts, breakdance demonstrations, exhibitions of graffiti, and other visual arts, such as photography and spoken-word poetry readings, as well as delivering workshops in DIY fashion tailoring through which they seek to boost a culture of recycling and supporting individual feminine expression.

The following video shows a recap of their first event:

In a country where violence against women is widespread (from 2012 to 2013, at least 3,892 women were killed, according to Mexico's National Citizens Observatory on Femicides), the Mujeres Trabajando collective has established itself as a relevant space to publicize women's artistic expression, challenging stereotypes and confronting gender discrimination.

Undoubtedly, their work is a benchmark for the empowerment of women in hip-hop culture and, by extension, in Mexican society.

Unity creates strength in every sense,
women at work sharing the sound
the rose of the compass here as witness
together with no harm with no quest to compete
We come to show that we can build